A lift into work 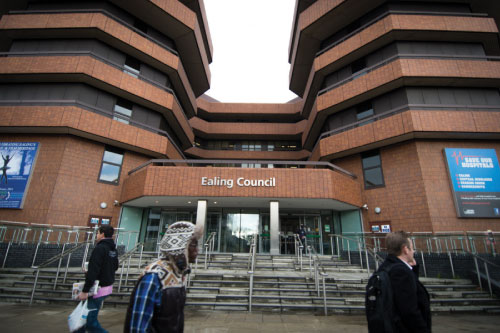 It's been roughly a year since the Social Value Act was introduced.


Among its aims were the requirement for local authorities to consider the impact their services have on the local communities they serve. The act is a wide-ranging one, and the potential for public sector bodies and their FM service providers to engage in entirely new ways with local groups is significant. These remain early days, but there's plenty of evidence that FM service providers are working hard to incorporate elements of social value into their offerings.

At the same time, there's a strong argument that in-house facilities management departments within local authorities are among the best placed to manage initiatives such as offering work to people from voluntary and community groups and bringing in apprentices from local support groups.

The work being done with disadvantaged young adults and ex-offenders by Ealing council in London pre-dates the act. Roger Amos, the borough's head of property and HR shared services, has been instrumental in introducing the apprenticeship programme whereby young adults from these backgrounds are integrated into the in-house facilities services teams.

The programme stems from the council's desire to introduce a strong apprenticeship programme, one that has, since launch, seen apprentices introduced across all areas of council activity. But it's in facilities services that most progress has been made.


Facilities first
"We always felt that with FM we could offer a wider variety of apprenticeship opportunities," says Amos, whose enthusiasm for the project stems from a Masters dissertation he wrote in 2011 (entitled 'Governance and Management of Local Government Estates'), in which he interviewed politicians about how local government should manage its local estate.

"They told me that they didn't want to lose sight of a council's reason for being," he explains, "that councils are there to work for their residents, especially the most vulnerable - people who for whatever reason need extra help."

As well as taking on apprentices through a traditional programme, some of Ealing's FM apprentices are the product of 'Ealing Pathways', a six-month pre-apprenticeship programme for those aged 16-25 that helps prepare them for employment, apprenticeships or other opportunities. Twenty or more individuals are recruited each year, most sourced through the youth offending team, the connexions service (for young people with disabilities), social services and health services teams.

Trainees are paid to work in council departments where there is an emphasis on learning essential work behaviours and skills such as attendance and punctuality. It's the people on the Pathways programme who are among the most vulnerable young people in the community, including care leavers, teenage parents, young carers, young people coming out of custody and gang members. (Ealing's Pathways programme is currently a finalist in the Children's Services category in the Local Government Chronicle awards.)

Indeed, two of Amos's current apprentices now working on the FM help desk have come to him via the Pathways scheme. "We're trying to be flexible and offer different levels of entry," says Amos, who is happy to have the two schemes overlap, "so that can we join up our conventional apprenticeship scheme with a return to work scheme.

"If the individuals involved then want to use it as a chance to move into a structured apprenticeship scheme, then we in FM can offer that opportunity."

Amos's first FM apprentice through the scheme was Tom Smith, who joined back in 2010. The current crop includes Aaron Deyzal (see box) who came via the Pathways scheme and initially joined the council's facilities team on work experience last summer. (Deyzal is currently seconded to the council's architecture department, under the management of chief architect Gavin Leonard.) 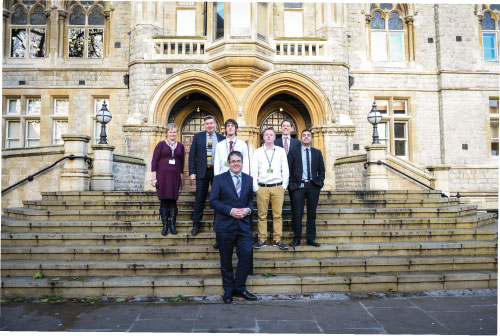 Departmental buy-in
Support across the council has been critical to the success of the scheme, not least the regular liaison between Amos and his FM team with other departments, particularly children and families. Could such a model work in cases where outsourced firms provide the facilities service? Yes, suggests Amos, but the cost would need to be factored in and accepted by both parties. And Amos thinks the in-house approach definitely allows for more flexibility in running the scheme.

As well as taking on vulnerable young people, the project has the knock-on effect of increasing the promotion potential for individuals already working in the facilities team. It allows them an opportunity to supervise and an introduction to team leadership that they may otherwise not get. "It gives them greater confidence," says Amos.

Amos reports quarterly to the council's board on activities within the FM service, where there's a standing item appertaining to social value. And other London councils have picked up on the success of the scheme. Senior representatives from Camden and Enfield councils recently visited to look at things we have been doing. "Their eyes positively lit up when they saw the work we've done," says Amos.


Future possibilities
Amos and his colleagues are now working with consultants on a project to potentially place apprentices with some of the external companies that provide services to the council, for example architectural practices. Already, between September and December 2013, the council's Ealing Apprenticeship Network ran a campaign called '100 in 100 days', targeted at local businesses and asking them to pledge to take on apprentices. (The campaign exceeded its target, with 167 placements made.)

"It's possible in the future that we'll specify that in tenders," says Amos. "If you can specify how you'll engage with our apprenticeship programme and demonstrate how you'll do that, it ensures suppliers' commitment to training and development.

"It has great potential to offer opportunities for these people to see first-hand the world of work in the private sector, to see how the commercial world works. It's surely got to be a way of fast-tracking people back into world of employment, both better informed and open-minded.

Amos has been touched by how his colleagues in other departments have bought into the apprenticeship initiative, departments from which he took his inspiration. Marcella Phelan, Ealing's assistant director, children and families, told him how important it had been that young people including Aaron had been given this opportunity by Amos and his facilities team despite his troubled past. "It's been important to behave normally with them, to not wrap them up in cotton wool. In our experience the young people we work with are talented, which means we need to stretch them by giving them challenging work to do. When they succeed, the effect is great for them and us - they build their confidence and we develop our workforce. It really is a win-win situation."

However, should other councils want to follow in Ealing's footsteps they'll need to prepare properly. Amos believes that any council seeking to succeed with apprenticeship initiatives will need to develop a 'long haul' approach. "The management structure needs to include a 'champion' role," he says, "and for this kind of scheme to really work it will take not weeks or months of commitment, but years." 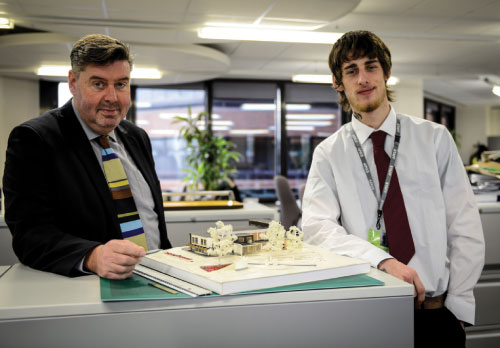 Apprentice in focus: sketching out a brighter future
For former young offender Aaron Deyzal (right), Ealing's apprenticeship programme has proved to be life-changing. After six months on the council's Pathways programme, Aaron was offered the opportunity to continue at the council with work experience in Roger Amos's property services department, where he was involved in a variety of property management issues in some of the council's care centres and the town hall. Amos initially agreed with Aaron that he would spend half of his week working with the property maintenance team and the other half of his week with the technical services team working with the council's chief architect, Gavin Leonard.

It was while working in one of the council's youth centres that Aaron had first met Leonard. After a discussion about their mutual interest in the shaping of the built environment, Aaron was keen to further his work experience in architecture, working with Leonard and the rest of the technical services team within the property services department.

Under Leonard's tutelage, Aaron is now involved in a larger local scheme as well as one at Perceval House itself involving the positioning of the facilities management helpdesk and visitors' café - work he is clearly passionate about. It's clear that he is thoroughly enjoying the opportunities he's been given.

Support throughout Aaron's apprenticeship path through the council has come through the full support of Leonard, Roger Amos and assistant director, children and families, Marcella Phelan. Today, Aaron hopes to undertake a foundation degree in architecture - a real step up for him, and proof that when the council's departments pull together, even those from the most challenging backgrounds can be afforded life-transforming opportunities.