More than 70 per cent of sports halls in the UK are sited in educational facilities. Making them available out of school hours can be a huge benefit to local communities. Martin Read reports on a way of doing so that was recently recognised in the BIFM Awards profound impact category.

Seventy-six per cent of sports halls and 73 per cent of artificial turf pitches in England are found on education sites, according to Sports England.


Some of these facilities are in constant use, but others remain closed to community access outside of school hours. Opening them up to the wider community is certainly possible - but administering their use is a potential nightmare.

Let's say a badminton court costs £8 an hour to book. An FM service provider managing the facility will need to go out and find that booking, generate an invoice and process the payment. That's a lot of work in order to get that £8 on the balance sheet.

"Schools can be notoriously difficult places to get into," says Chris Smith, Kajima Community's head of community. "If an FM service provider is in charge of the community use of the school's facilities, then prospective bookers of the sports facility don't just have to get through to a receptionist, they have to get through to the FM too. It can be a complex way to hire facilities."

PFI schools in particular need to make the most of these facilities out of hours. Many local authorities involved in PFI schemes ensure that community use of such facilities is an expectation built into the contract for operating them. Because responsibility for delivering these programmes is often part of the contract with FM providers, dealing with the complexities of marketing the availability of these facilities and administering the payments involved can be a big headache.

Last year, Kajima Community was recognised as a finalist in the BIFM Awards for its solution to this problem. The company is clearly on to something. 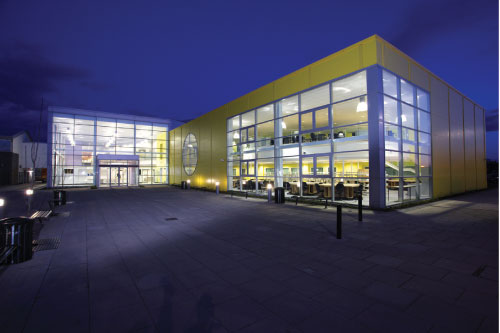 School's not out
Part of Kajima Partnerships, Kajima Community was launched in 2004 to manage the community use aspect at Kajima Partnerships' first PFI school, Caroline Chisholm School in Northampton. The company developed a self-funding initiative with an emphasis on generating income from members of the public, private clubs and commercial organisations. Profit from the activities is reinvested with a view to enhancing the facilities and encouraging use by the wider local community.

Setting up the Kajima Community model with a new school begins with understanding both the school's management strategies and the needs of the local community. This helps the team to assess the priority areas for development without disrupting the core activities of the school. A marketing plan is then created to promote the school's facilities to local groups and organisations.

A close working relationship with the on-site FM team ensures the provision of a safe and secure environment out of school hours.

FM services, from catering and security to the management of health and safety for visitors, have to be integrated with the type and schedule of the bookings, while the hiring of facilities can also be based on the most efficient use of heating and lighting.

Costs associated with unavailability deductions after community use are passed to Kajima Community from the FM provider (for example, where areas are left unclean or if equipment is broken and this is not identified during the session). Good communication between the FM and Kajima Community teams prevents misuse.

By 2009, this model was in use at all eight of Kajima's Partnerships schools; the solution won that year's BIFM Excellence in Customer Service award.

The company was then asked to advise on the community use and engagement aspect of six consortia bids for Building Schools for Future (BSF) projects. In 2010 the company was asked to deliver the community use model to several of the successful bidders' schools, thereby taking the model beyond Kajima's own projects. Clearly, the model had found its niche and was proving its potential.


Excessive admin
However, now that it had an external market of system users to satisfy, Kajima decided it needed to re-evaluate what it was offering. The company found that more than 75 per cent of its time was spent processing bookings and payments rather than the vital marketing and communications activities that would drive increased use of facilities (and thus revenues).

Other organisations with which Kajima was consulting at the time also identified excessive administration as a big issue.

"There were four facets we needed to nail," says Smith. "Marketing, bookings, payments and communications. What we wanted to do was to turn these four things into one complete system."

The team began developing a web-based tool combining a shop window for the spaces available to hire with a system for managing bookings and invoicing - the result was "BookingsPlus".

BookingsPlus was launched in Kajima Partnerships' own schools from September to December 2012. It was introduced into other schools within the Kajima Community portfolio during the first half of 2013. Since its adoption within the Kajima Partnerships schools there has been a marked reduction in time spent on administrative tasks; invoicing takes 93 per cent less time, while time spent on bank reconciliations has been cut by 60 per cent. 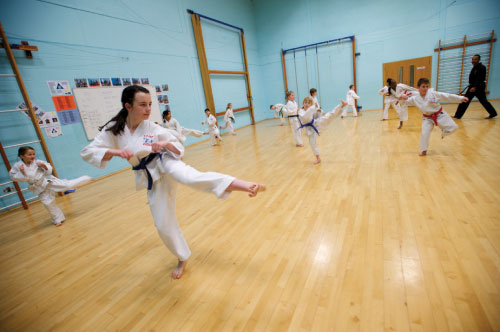 Accounting for change
The BookingsPlus system can be tailored by each management organisation to reflect the spaces and activities available in a specific school. The facilities can be booked both by individuals and activity organisers. The system automatically populates class timetables generated from the booking system and warns when facilities are unavailable.

Clients of the school - local sports clubs, for example - are assigned an account and login details. Once logged in they can view their bookings by venue and pay invoices online, they can review their account balance, their outstanding invoices, credit notes and any payments or refunds received. The schools themselves, and their FM teams, can also have their own accounts through which they can view all of their own bookings (for example, school productions, parents' evenings, sports hall maintenance, and so on).

"The website breaks down all the barriers," says Smith. "It took us a good 12 months to develop and six months of testing, but we're really happy with the results. The most valuable element is the way in which it increases the size of the market for the facility by projecting its availability throughout its local area."


FM triallists
Several FM providers have committed to trialling the BookingsPlus system within the schools they manage.

"The FM service providers we've worked with have been really surprised by the response," says Smith. "We're working with one particular national FM service provider on trials with seven schools over the next six months; in this case we're doing all of the administration and payment processing ourselves over the phone."

The environmental and maintenance impact of out-of-hours use is a focus for the system's next iteration. Kajima is working on adding a utilities calendar so that when a booking is made for a particular court the system calculates the amount of power used. As for maintenance, there's already a facility for system administrators to input any areas unavailable owing to maintenance. FMs can set up a booking as a caretaker and create a schedule of works.

For the future there's potential for the system to be used in community centres.

"We're also working with fire stations and police stations. They all have rooms and want to engage with the community; this is one way they can do it."