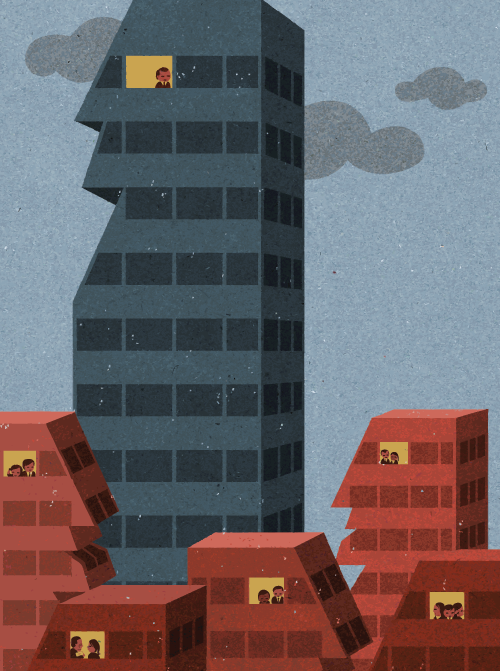 Interserve hopes its purchase of Initial will give it greater weight when bidding for larger FM contracts. But in the current market, is bigger necessarily better? Will the £2bn Interserve juggernaut bowl over the smaller big players? David Arminas reports.

As much as Rentokil Initial is happy to let go of its Initial Facilities division, Interserve is just as happy to buy it, although the deal needs shareholder approval at a general meeting on March 17.

The group is going back to its core businesses of pest control, hygiene including medical waste disposal, and workwear, all of which are mobile offerings; specialist operatives driving to client buildings where no continuous on-site presence is required. Operating margins have been better for these specialised services.

Rentokil will look to grow organically as well as by acquisition, for which about £50 million a year has been earmarked for global purchases. This month Rentokil acquired the family-owned Bestway, Chile's largest pest control business and a major hygiene provider. The group also will look for deals as a subcontractor to Total FM providers, including Interserve.

Interserve - already a large player - just got larger. Interserve said the purchase would position the group as one of the largest FM providers by turnover in the UK and drive future growth through offering more services self-delivered. Bruce Melizan, executive director at Interserve, says: "The deal blends two different portfolios, combining Interserve's strength in the public sector with Initial Facilities' greater focus on the private sector, and similarly with the different focus on hard and soft FM. We believe the offer for customers, whether single or bundled service or TFM, to be considerably strengthened."

Add Initial's turnover of £534 million to the £1,196 million of Interserve's own UK support services business and you get a £1.73 billion turnover division. The workforce will double to nearly 50,000 and contract split will be 50-50 between Initial's private sector and Interserve's public clients.

Now the serious business of merging businesses starts, where efficiencies are gained by stripping out duplicated back-office management functions. But those will be few, according to a spokesperson for Interserve. "It's not like we're taking over a plc where there's a big overhead," says Melizan. "It's a corporate division and most of the workforce is frontline."

Also, the merged business will not be turning its back on Initial's mainly single-service and bundled contracts as it seeks out increasingly large total FM deals, he says.

Mergers such as the Interserve and Initial deal are wrapped up in talk of better procurement, greater movement of experienced personnel between different contracts, best practice lessons learned from one sector are passed over to another sector - usually private to public.


Big is beautiful?
Proponents of such deals argue that big is beautiful. Critics decry the larger company's ability to wipe out opportunities for smaller companies.

Is one size better than the other? Do large players hoover up more contracts, leaving fewer and fewer deals for mid-sized and smaller FM providers?

Within the wider business context, acquisitions and mergers such as Interserve's offer for Initial are a "natural business progression", says John Bowen, FM business consultant and chair of the BIFM's procurement special interest group.

True, a combined company will look for synergies through cutting duplicated back-office management functions - to make the overall group more efficient. The idea is that saving can be passed down to the customer, but not always, Bowen believes.

In such deals there also can be "homogenisation" of services, he says, where the larger grouping looks to standardise services such as engineering call-outs, cleaning, reception and others.

"Larger businesses may not want to have different services for different clients, it can be inefficient," he says.

For some buyers of FM services where cost is a factor, this might be what seals a contract with large FM provider. But smaller to medium-size companies can sometimes be more agile, operate with more flair for innovation and be more flexible in delivery, and that could clinch the FM deal.

"The entrepreneur factor comes into play, further down the food chain," says Bowen. "This could be within companies with a turnover between £150 million and £250 million."

Furthermore, the larger company may not be interested in retendering for a contract held by the small business it has bought. There could be bigger contracts where the merged group's resources are better placed. This opens the door for medium-sized businesses to pick up the larger group's discarded smaller deal.

Smaller clients may find themselves somewhat ignored by their FM supplier who has just been acquired by a larger player, says Martin Pickard, managing director of consultancy FMGuru.

Consolidation of the biggest suppliers can offer stability in FM delivery, making them less risky for FM buyers wanting to do large deals. Becoming a top five player in UK FM - depending on who you class as FM - will do Interserve and Initial no harm and there will be lots of synergies to be exploited.

"But the smaller clients of both merged suppliers may find their FM outsourced management is distracted during the period of flux following the acquisition," says Pickard. "Buyers within many SMEs often want to engage with similar size FM service providers. The last thing an FM buyer needs is an FM contract with a provider 100 times bigger than their size," he adds.

SGP was hived off from AIM-listed Johnson Services Group in August to private equity firm Lyceum Capital. The £32.2 million deal created an SME - rebranded as Bellrock - whose turnover is around £50 million, but which manages FM upwards of £200 million worth of contracts. Bellrock's business model with its 500 employees could be a bellwether for future SME facilities providers. It self-delivers little but manages a supply chain of national and local providers.

The Interserve-Initial deal is good for the sector and ultimately "a good opportunity" for SMEs to pick up contracts that larger companies don't think are worth putting resources into, says Holt. He saw some of this at Mitie, where a £5 million contract became increasingly less important as the years passed on from the Dalkia acquisition. Holt was at Dalkia when Mitie brought the business in mid-2009 for £130 million and he integrated the smaller business into the bigger one.

So is the Interserve-Initial deal the way of the future?

"And also of the past," says Pickard. "All the big players in the FM industry got there with a lot of help from acquisitions going back many years. I can't see that stopping, although the number of mid-size players is getting low at the moment."

Pickard predicts that there could be some interesting mergers in the near future as lines between FM and real estate continue to blur.

"This will throw up more cross-sector deals like the CBRE/Norland one in November."

"After CBRE's acquisition of Norland, the only other large privately owned M&E contractor - Integral - may be vulnerable to a similar offer," says Gareth Hollyman, director of property and asset management at JLL.

Fewer private finance initiative (PFI) contracts have had an effect on FM suppliers. Hollyman sees some medium-sized Total FM companies that based themselves on PFI deals looking to be more single-service niche market players.

Even so, regional medium-sized Total FM companies have a chance at deals even in the face of stiff competition from much larger national and global players. JLL is retendering this year its asset management contracts on a regional basis and regional companies will have a good look in. "Big is not necessarily beautiful. It depends on how the 'big' is run," adds Hollyman.

A well-run regional FM supplier with low overheads can compete favourably with large players. And not all large players, including Interserve, cover all services and can deliver to the required standard as many local/regional providers, he says.

Interserve's acquisition of Initial is good for the buyers of FM services only if service levels are maintained. "There should be a clear increase in value from the enlarged group, through either cost savings from back-of-house activities or wider services offered to higher quality."

Growth is good, but how you grow is just as important. If, as Bowen suggested, small will become medium only to become larger, are players like Bellrock destined to grow through acquisition?

Not necessarily, says Holt: "We're looking at acquisitions, but of energy services and technology platforms, not anything that would make us a self-delivering business." 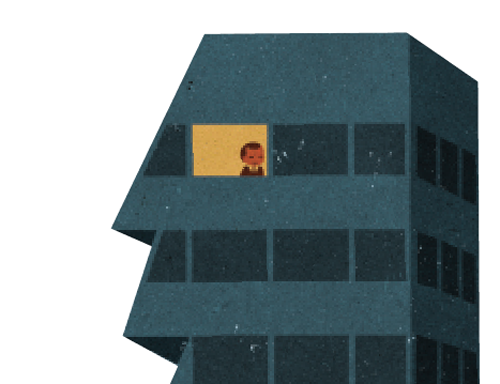 Rentokil's net operating margin for year-end was 11.2 per cent, but would have been 13.1 per cent without taking Initial division's results into consideration.

Outlook: Particular focus in 2014 on procurement of services for the UK's Defence Infrastructure Organisation, where Interserve is incumbent on two of the six contracts on which it is bidding.

London (Central)
Circa £50,000 per annum depending on experience
Reference
59380
END_OF_DOCUMENT_TOKEN_TO_BE_REPLACED