A park to last 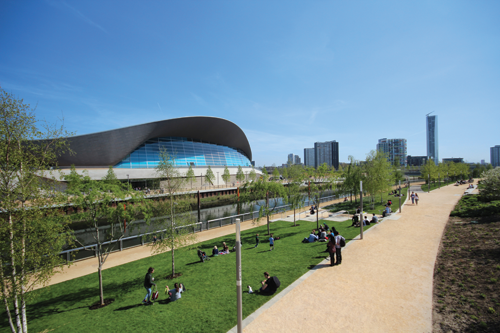 The Queen Elizabeth Olympic Park, once a site filled with elite athletes, is now open to the public. Jamie Harris reports on the site's transformation and the challenges of hitting Lord Coe's ambitious legacy targets.

It is nearly two years since the nation was enveloped by unbridled giddiness.


The 2012 Olympic and Paralympic Games in London were considered great successes, notably because they addressed one of the principal concerns of an Olympic bid with the bid itself.

Previous Olympic facilities have failed to find a future use after millions (in some cases billions) of pounds have been spent on construction. The 2004 Olympic complex in Athens resembles that of the ancient Greek ruins nearby. Alarmingly, many venues used in 2008 in Beijing also lie abandoned.

London's winning bid in 2005 alleviated these initial worries, promising 'the first sustainable Olympic and Paralympic Games', aiming to put facilities to good use after competitors and spectators left the capital.

The management of the Queen Elizabeth Olympic Park is now in its third pair of hands. The Olympic Delivery Authority (ODA) passed the reins to the London Organising Committee of the Olympic Games (LOCOG) in 2011, ready for 'Games time', and since November 2012 the responsibility lies with the London Legacy Development Corporation (LLDC), a Greater London Authority Unitary Body, chaired by the Mayor of London.

The LLDC had the task of developing the site for long-term use, with three key objectives: releasing the parkland area as a public park, converting the Olympic Stadium for future use, and to manage and maintain the parkland and the venues in it.

All facilities services for the park are contracted out to Cofely GDF Suez. (Balfour Beatty Workplace initially secured the 10-year contract, before Cofely completed its acquisition of Balfour Beatty's FM arm.) Cofely also operates and maintains the ArcelorMittal Orbit tower, and grounds maintenance and landscaping is subcontracted to Landscape Group. Stephen Gill, head of estates and facilities management, is one of only two members of FM staff in-house, alongside the park services manager, Derrick Spurr.

Gill, formerly director of visitor and estates at the British Museum, works closely with the Cofely team. He reports to the director of park operations at LLDC. 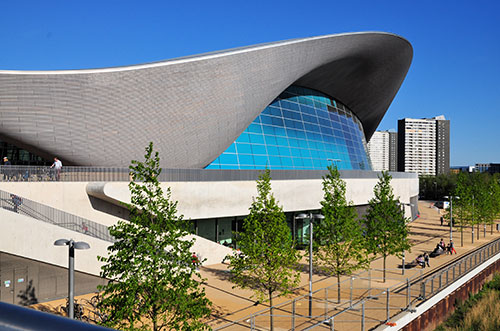 The management of the park is divided into four key elements: facilities management, hard services, security, and parks management. The team is 270-strong at the moment, but Gill expects this number to significantly reduce.

On a recent tour of the park, organised by the Facilities Show event, in association with BIFM's London region, Gill explained that the challenge of a new park is in the preliminary construction and horticultural works, as well as establishing FM services.

"We have nearly 60 gardeners and landscape staff. Once the landscape establishes and the initial work is completed, we expect that number to reduce."


Transformation
The park itself is the largest public park to be opened in London in over 100 years. The estate covers 560 acres, straddling four London boroughs; the equivalent of Hyde Park and Kensington Gardens, or equal to Green Park, St James's Park, Victoria Park and Alexandra Park put together.

After the removal of the temporary walkways, stands and three temporary Games venues (the Water Polo Arena, the Riverbank Arena and the Basketball Arena), new parkland intertwined with roads, cycle paths and walkways, and five venues remain for the FM team to operate and maintain.

Inside the Olympic Stadium, construction work is underway to transform the venue from an Olympic athletics arena to a stadium capable of holding Premier League football matches, with West Ham United Football Club the incoming lead tenant from 2016. Athletics meets will also take place, including the 2017 World Athletics Championships. It is also set to play host to 2015 Rugby World Cup matches, and there are rumours of Twenty20 county cricket. Live music concerts, through promoter Live Nation, were held last year. 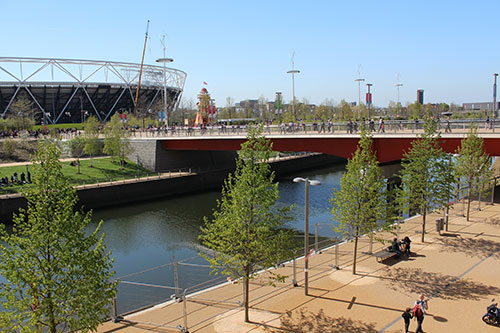 Balancing act
Most of the venues are now host to a number of sports teams and clubs, as well as offering public use. The challenge for the FM team is to manage state-of-the-art facilities in a self-sustainable manner, while managing the expectations of the two different types of user.

The London Aquatics Centre, now open as a public swimming pool and diving centre, presents a challenge of operating for public use as well as being readily available at race-standard. Lifeguards have monitors to see underwater (connected to cameras used to broadcast races). The centre is kept at a constant 27°C, and the two swimming pools (the second pool, used during the games as a warm-up pool, lies underneath the main walkway to the Olympic Stadium) must have its pH level monitored.

"We are constantly managing and mixing the air to maintain the temperature," says Gill. "The air conditioning system is hidden up in the roof behind the lights.

"We also face the challenge of getting the touch-plates (for use during races) correctly aligned. These are the things you would never see in a local authority facility."

The changing facilities are all white which, as Gill says, makes them more difficult to keep clean. The team also found that the building's large glass windows - although architecturally aesthetic - presented a glare problem to swimmers and divers, so the glass on the east side was layered with blue laminate logo. The permanent solution could be blinds, says Gill.

With a capacity of 7,500, the London Copper Box Arena is now the third-largest indoor area in London (behind Wembley Arena and the O2 Arena). It also houses a public-use gym and is home to the London Lions basketball team. However, when a multi-purpose facility is so popular, things don't always run smoothly. Earlier this year the arena was subject to floor damage from a fitness event. Several international netball matches were moved away at short notice.

"The flooring was designed and constructed for the games, so it is all to an international standard and of very high quality," says Gill. "It isn't necessarily what we would choose for a legacy purpose. However, it was dealt with very quickly by our team."

The legacy team ensured that the site was more than a set of sporting venues. The park is covered by inter-connecting cycle tracks, 6.5 km of waterways and 105 acres of woods, hedgerows and wildlife habitat. The Landscape Group has planted more than 4,000 trees across the site, and continues to undertake horticultural work, as well as overseeing litter and graffiti removal.


Power play
Fifty-two LLDC security officers are on site 24 hours a day as a visible presence in the park. A Metropolitan Police unit, and a network of CCTV cameras support security. The high-level security presence serves to act as both a deterrent to groups seeking to 'claim' the newly created postcode, E20, and as a face to greet park visitors.

Two energy centres - one in King's Yard to the west of the park, and the other near Westfield Stratford City - were constructed to provide heating, cooling and power to the park and its venues during Games time and beyond, helping to reach the site's zero-carbon target.

The centre, the largest of its kind in the UK, uses combined heat and power (CHP) engines to produce the electricity and heating for the park. Air conditioning and chilled water are generated by passing hot water through its absorption chiller unit.

A water treatment plant was installed to treat sewer water, which is then pumped around the park for its irrigation systems.

Last year Cofely acquired the energy centre connected to the ExCeL exhibition and conference centre, where it also supplies heat, chilled water and CHP-generated electricity. It intends to link the centre with the network in Stratford. 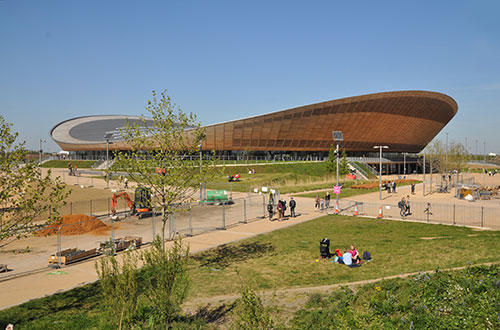 Regeneration nation
The Olympics also promised a regeneration of the local community - 10,000 households will reside on the site by 2030. Nine thousand homes will be built in the next 10 years, in addition to the athlete village development, now named East Village.

Employment opportunities for those living in the nearby boroughs were also made available through the Westfield Stratford City complex, opened in 2011, where 10,000 permanent jobs were created. LLDC is also targeting 85 per cent of all jobs in the park to go to those in local boroughs (the team is currently at 72 per cent). The park is also targeting 1,000 volunteering opportunities a year; LLDC is still in touch with Games volunteers.

While the footfall of visitors is expected to continue to rise, Gill and his team must be prepared for the challenges that lie ahead. In two years, the atmosphere in the park could change yet again with an influx of West Ham supporters every other week. The beauty of the park, however, is its ability to adapt to new demands. That is surely the sign that London 2012 has already left a lasting legacy.

Plants and wildlife on the park