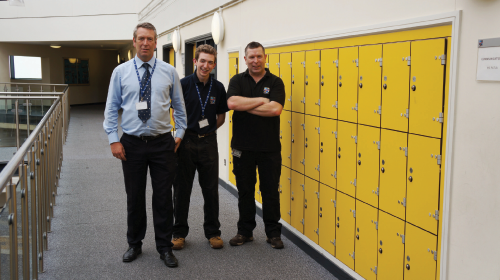 Six years after we first profiled London's Petchey Academy, FM Alan Gilbert is still in the role of FM - and he's not the only Gilbert on site, as Martin Read reports.


FM Alan Gilbert was in charge at the start of the academy's life six years ago and has been in charge there ever since. Brother Les is now assistant FM, while Les's son Luke recently left to take up a post as assistant FM at a local school. Alan's son Lewis is taking an apprenticeship in FM and has a placement at the academy. It's truly a case of keeping FM in the family.

The story hinges on Alan's relationship with the students and the huge efforts the FM department makes to cater for what is a diverse spread of ethnicity. Alan and his team deck out the academy's main atrium to celebrate various religious festivals. They are not asked to do this but choose to because they believe this leads to a multidisciplinary culture at the academy.

Gilbert's involvement includes specifying and procuring equipment, including the recent investment for the installation of 500 Craftsman lockers to Alan's specification. The lockers needed to be as unobtrusive as possible and to be essentially vandal-proof with hinges recessed and locks presented flush to door surfaces to make unauthorised entry extremely difficult.

Carillion originally had the contract to maintain the air handling units, fire alarms, and other equipment. But that activity was recently brought in-house, with maintenance contracts for local contractors maintained by Gilbert.

But Gilbert's specification for lockers is only part of a management and maintenance culture that fosters student loyalty to the Petchey brand, which embodies high values of behaviour and respect for staff and peers.

And then there are the 'other' Gilberts. Brother Les now takes on more of the day-to-day operational activity, including managing the cleaning team, to allow Alan to take on some of the more strategic work, dealing with contractors and academy staff. Then there's Lewis and Luke - Alan and Les's sons respectively. Both are already following in their fathers' footsteps. 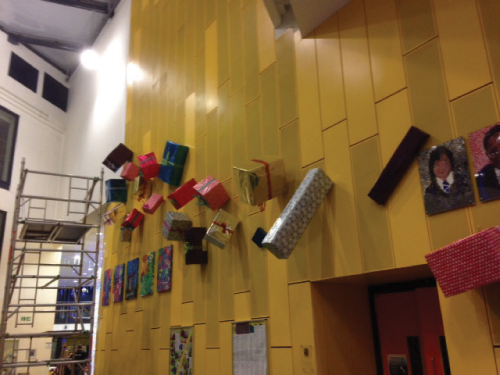 Lewis Gilbert says: "While still at school here at the academy I worked a few half-term facilities jobs part-time, doing a bit of gardening and plumbing. I enjoyed it so much that I decided to do an apprenticeship in FM (which he is doing through the Westminster Kingsway College - he hopes to complete the apprenticeship within the next year).

"I'd like to stay on here," continues Lewis, "and then hopefully go into FM elsewhere."

"And there's another family tie," says father Alan. "Les's son Luke also came here three years ago in a similar position. He was only 19 at the time. I put both Les and Luke on an NVQ Level 3 apprenticeship pilot at Westminster Kingsway and both passed."

Since then, Luke has gone on to take up an FM position at another local school, gained an IOSH accreditation and is enjoying his early years in the profession. As for Lewis, says Alan: "The plan is for him to gain all of the knowledge that Les and I have accumulated here."

When FM World first visited to profile the Petchey Academy in 2008, it only catered for pupils in years seven, eight and nine. But since 2012 the academy has catered for children from seven through to 18 years of age.

When the sixth form was first introduced, the area designated for its use was quickly deemed unsuitable so the site of an undercover car park was used for a new building developed exclusively for the sixth form.

"The new building has allowed our sixth form to develop a separate identity to the main building," says Alan Gilbert. "It has a separate entrance so students can come and go separately from pupils in other age groups, and it allows them to study privately."

The academy also recently opened its new entrance hall, an extension of the original building. The hall projects a more secure and professional presence for students and visitors.

"FM is not all about nuts and bolts. For us it is about making connections with our students as well. They're our core. And for them we like to go beyond our remit."

Indeed, the Gilberts' work for their students extends way beyond the typical cleaning, security and maintenance activity. "We like to ensure that there's a sense of occasion," says Alan. "Last year, our Christmas theme took three months of planning. We based it on The Snowman, and hung up more than 2,000 snowballs with snowflakes and Christmas lights, together with a huge snowman that our department created. It took us 16 hours to put up over a weekend. But the impact it had on staff and students was worth all the effort."

Things have certainly changed. "In our first year we just had a tree," says Alan. "Next year they're going to wrap up and suspend me from the ceiling," jokes Les.

The Gilberts are always trying to come up with new themes, and are currently embracing the World Cup. "We'll be doing something for Eid in November," says Alan.

London (Central)
Circa £50,000 per annum depending on experience
Reference
59380
END_OF_DOCUMENT_TOKEN_TO_BE_REPLACED