Colt Technology Services' decision to centralise its FM provision across Europe through service provider Mace Macro has led to the function gaining greater recognition for its contribution to corporate performance, reports Martin Read.

Providing telecoms and IT services to businesses is a dynamic sector in which to work.


Constant technological development demands ongoing reappraisal of business models - something that Colt, which provides network, data centre, voice and IT services to its customers in the UK and overseas, knows only too well.

Although innovation in products and services to market has been a constant requirement for Colt, its innovation in facilities service provision across a European office portfolio represents the culmination of a single major project to centralise the function.


European dimension
Many consider pan-European FM outsourcing as extremely difficult to set up. It involves a soup of legislative, financial and cultural differences that make such projects expensive and time consuming. Yet the project to bring together the FM requirements of 13 European countries under one banner, in operation since the spring of 2013, is working out a treat.

Macro's Helen Playle was there from the beginning and has seen the project through to now. Having gained experience at Next, Regus, Pitney Bowes and FM contractor SGP (where she ran a portfolio of eight FM/TFM contracts), Playle had spent the five years immediately before the FM outsourcing project directly employed by Colt as facilities and workplace manager. In this role she delivered FM for the company's 160,000 square metres of office space in 45 facilities across eight European countries.

Today, Playle is associate director at Mace Macro and is in charge of the Colt account, having opted to transfer across when the service provider was awarded the contract. Playle is now responsible for FM in 13 countries, comprising 73 locations and upwards of 230,000 sq m of space. 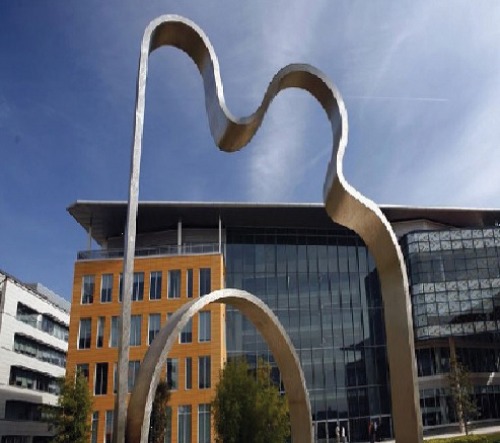 A continent-wide model for FM
In 2011, Colt moved from a country-based model to a consistent European approach with harmonised back office systems. Under this new model, a procurement director took responsibility for the whole of Colt's facilities provision across Europe, with country facilities managers reporting into him. It was determined that an operating model, within which all these people came together as one continent-wide facilities team, should be introduced.

As Playle explains, previously the FM role had varied sharply from territory to territory. "In some countries FM was run by a dedicated manager, but in some of the smaller countries it was controlled by people who wore several other hats at the same time."

This restructuring meant that some of these job roles would essentially be replaced, but much more information was required before decisions could be made on staffing, not least more accurate information on the size of the portfolio.

"We knew we didn't have sufficient management information or truly understood the extent of our assets," says Playle. "We had various different skill sets and were afraid of starting something we couldn't finish."

Playle put together a paper detailing these shortcomings and recommending the introduction of a consultancy to help the project through to fruition. To that end, Tony Angel of Edifice Consulting was asked to take part. After extensive work, a model in which FM was managed by an outsourced team across Colt's office portfolio was developed and rolled out.

Speaking about the project at a BIFM event, Angel commented: "A multinational FM outsourcing programme requires careful planning - but is achievable given both a robust process and the experience to manage the issues that inevitably occur. People talk about cultural differences between Paris and Prague, but try London to Glasgow. The scale is undoubtedly frightening, but it's more than worth the prize."


The outsourced route
Colt already had experience of outsourcing its FM requirement before the 2011 project - but only in the UK and the Netherlands. Nevertheless, says Playle: "We were already beginning to deliver the benefits of outsourcing in terms of MI and reporting against KPIs. We could point to our experience of outsourcing as a case study, showing to the business the benefits of reporting on these activities and that, even if you eventually didn't want to go down the outsourcing route, the case study will have highlighted the risks and explained how, by outsourcing, we had delivered significant savings and other benefits."

Yet the appetite for outsourcing to a Europe-wide service provider increased as it became clear that Colt's facilities and property expenditure needed greater focus. (Beyond its office portfolio, Colt also operates data centres and what are known as LDNs, or small 'long distance properties' used as points of presence for handling Colt's network traffic.)

With the decision made to outsource, due diligence was required. Following a 2012 tender exercise, Macro was appointed to run the pan-European contract - and began delivery in May of 2013.

Playle says: "By the time we were ready we had so much additional information about the estate - information we hadn't had when we went out to tender - that there was a nervousness that the cost would need to double."

That nervousness meant some last-minute cold feet, but ultimately the contract was signed off and the company was able to rationalise its 400+ suppliers across the continent down to Macro as its single, overarching service provider.


Dealing with resistance
Before it went live, Playle spent considerable time travelling from territory to territory, in many cases meeting her international team members for the first time.

"One year in, and we have achieved a lot," she says. "We had quite a lot of resistance in some countries," she recounts. "They said, 'you can't possibly know what it is like here' - and it's in those territories that we really had to do our due diligence. I already had good relationships with some of my counterparts, but it took a good six months for them to understand that this process was really going to happen - they'd heard the talk before, but assumed it wouldn't be seen through."

She adds: "Our vision involved an overarching structure, but there were local operating models that we needed to consider too. But you would be amazed how our European teams work together now.

"Macro's 'One Team' approach is based on involving supply chain partners, Macro staff and Colt's key stakeholders. We all have the same objectives and deliverables, all working to the same purpose." 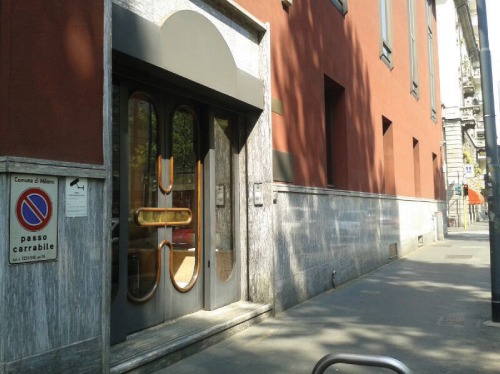 "We've just brought all our European co-ordinators and managers for a workshop here in Moorgate (Macro's HQ). It was a chance for them to meet face to face with their contacts here in finance and procurement. Bringing the team together, putting names to faces and getting to understand the characters of team members in other countries makes all the difference."

Bringing the whole European team together may sound expensive, but it's an investment that pays dividends. The team is currently working to Macro's 'one team' method of operating, based on Macro's impact on the four C's - client, company, community and colleagues.

"The timing of this has been good for my team," says Playle, "and we're getting to the point where we are ready to deliver.

"One of the big improvements stems from Macro putting a premium on understanding how different individuals in different cultures operate. It's all very well just talking on conference calls, but sometimes you have to go over there and sit with people. For example, one individual I dealt with had a habit of writing very direct emails. If I'd never met that person, it would be easy to build up a stereotype in your head. Now, having met them, when I look at what's written I understand the reasons why he words things in that way."

These are small but crucial details when seeking to make a pan-European contract work effectively, says Playle.


Looking forward
Playle and her colleagues have had to deal with a number of cultural issues as Macro's presence has developed across the globe. Macro is continuing discussions with some of its suppliers in southern Europe, while Colt itself is continuing to develop; Romania is becoming a new area of strategic interest, and the company is also continuing to develop in the US, the Far East and India.

All in all, it's a positive story. "Should we have gone live with so many countries on day one?" wonders Playle. "Well, maybe it's easier just to bite the bullet and do it - we didn't fully understand what we were taking on - everyone wasn't going to see things change fundamentally on Day One. But we went live in over 13 countries on day one - nothing fell over, no one died and the world didn't end."

"I had no idea how busy the job would be," says Playle, "and I've never been on a journey like it. But I've certainly no feeling of closure just yet. It will take three years to totally transform the model. I want to see this through. Macro is all about pursuing a better way so I know that the journey towards 'every moment, macro impact' [the service provider's slogan] is not simply a destination."