Paul Emmanuel joined the Olympic Delivery Authority at its birth and was there at the end to close its final office. Martin Read finds out how what was at first an interim position turned into an all-encompassing and unforgettable role in FM.

The Olympic Delivery Authority, established in 2005, was always destined for a finite existence.

After nine memorable years, and the highly successful delivery of London's 2012 Olympic Games, the body set up to deliver the infrastructure for the Olympic and Paralympic Games - and oversee the adaptation of those facilities after the games - finally ceased to exist last December when Paul Emmanuel, the project manager who ended up running FM throughout the organisation's short but illustrious lifespan, closed the ODA's last office.

"I'd closed down smaller offices before," he recounts of the ODA's final days. "But in this case the whole business was closing as well. I was literally the last person on site. On that final floor walk with the landlord I kept remembering how just over there the chairman had sat, over there the CEO and now it was just me. I'd truly come full circle."

Having left his ODA post in 2013, Emmanuel had been invited last April to return and oversee the closure of the ODA's last remaining corporate site in Canary Wharf. In accepting the role, he was thus able to add responsibility for the termination of FM contracts, asset disposals and dilapidation negotiations to a CV of FM skills that has mushroomed since a first fit-out project back in 2005.

Paul Emmanuel joined the nascent ODA in 2005, shortly after the awarding of the games. With project management experience for local councils, Emmanuel was employed on an interim contract as a client-side project manager tasked with overseeing the ODA's first office fit-out as well as its relocation from St Katharine Docks in Wapping to new headquarters in Canary Wharf - projects recognised when the BIFM awarded them 'Best Practice in a Fit-Out Project' at the 2006 BIFM Awards.

However, little did Emmanuel think that his role would develop into that of head of FM services and project delivery, with responsibility for all corporate FM services (both in-house and outsourced), staff relocations (from Canary Wharf to the Olympic Park) and the recruitment of the Olympic Park's first FM team and managed services (prior to those services being outsourced, to Vinci, in 2008).

Emmanuel had been recommended to the ODA by a former colleague at Edwards Project Management, the company he worked for three years after leaving the London Borough of Hackney. But at the time of the ODA move, he was in his second year as head of technical services for Hammersmith and Fulham Homes. However, "the possibility of even a short assignment with the ODA was compelling", he says.

The initial eight-week contract was clearly a risky career move, but a risk Emmanuel was prepared to take.

"When I joined the ODA I was appointed to complete an office fit-out and relocation - there was no more expectation on their side or mine."

However, attention within the ODA quickly turned to how fast the organisation was likely to grow and the probable need for more accommodation. Following the Canary Wharf relocation, the ODA was now a sub-tenant to LOCOG (the London Organising Committee of the Olympic and Paralympic Games) - but both organisations were developing their own separate identities. Emmanuel and LOCOG's Garry Johnson got to know each other early on, having started in their positions just a month apart.

Emmanuel now continued working - on an interim basis - on a number of fit-out and relocation projects for the authority, and it wasn't until April 2007 that the position became full-time. Despite concerns about taking on full-time employee status, Emmanuel applied for and was appointed head of facilities management services and project delivery. 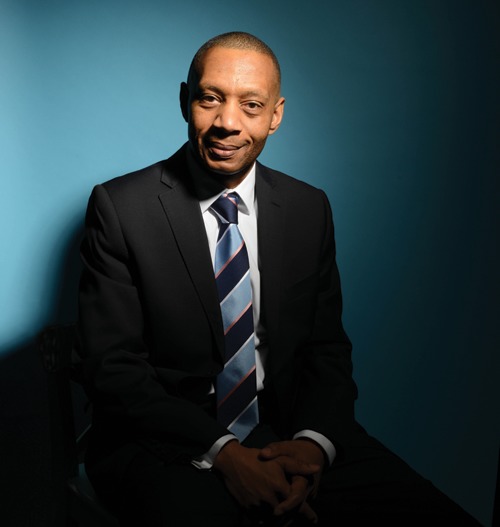 Now part of the ODA's internal team, Emmanuel led FM operations during the early development of the Olympic Park in 2008, directing maintenance, security, cleaning, and catering services across the 246-hectare site. When the Park in Stratford first came under Emmanuel's wing, much had to be delivered, and quickly.

"I hadn't quite appreciated all of the elements involved," recalls Emmanuel. "The technical contracts were OK - from maintenance to cleaning - but I hadn't much experience of catering. So I learnt a lot about that, especially in the early days on the Olympic Park. When I first set up the park offices it was a case of putting interim catering options in place. Just sandwiches in the first instance, but with the cold weather came more demand and we had to get our caterer to provide hot food on site with a food pre-booking system."

He recalls the various cleaning challenges across the park, from the bus depots through to the security guard huts.

"Cleaners had to be mobile and get H&S training on what was basically a building site. There was a lot of experimentation and changing of contractors. We had framework arrangements, but not all the contractors were capable and some had to be stood down before we reached a working solution. It was a vast site, and on occasion no one knew where the cleaners were or if they'd even turn up."

After six months, service delivery started to settle. Emmanuel had by now recruited his full FM team, allowing more resources to check on the quality of contractor delivery.

The initial stages of the park's development saw an array of interim arrangements with outsourced providers - arrangements that only ended once the procurement project for a total FM service for the park had been completed. A positive result of these interim arrangements was the use of local companies who'd applied for the business using the government's CompeteFor framework. Two such firms come quickly to Emmanuel's mind - Tarem Services, a cleaning contractor started via a Prince's Trust grant, and Catering2Order, a social enterprise set up by registered blind caterer John Charles that has since gone on to cater at 10 Downing Street.

"They both did really good job for us," he recalls. On the park, Emmanuel's role had been to set up the first office, put in place the contracts, appoint the staff and be part of the project team managing the tender process to bring in an overall outsourced provider (Vinci took on the function in 2008) and help with their mobilisation. So once that was completed, "it was time for me to make a graceful exit from the park," says Emmanuel.

Back at the ODA's headquarters in Canary Wharf, where Mitie had been providing the bulk of outsourced FM services (ISS took on the work in 2011), the next challenge was to deal with the scale of organisational growth. By 2009, the problem was the scale at which LOCOG was expanding.

"We were sharing space across several floors in Canary Wharf, but I still had LOCOG tapping on my shoulder and wanting some of their office space back," Emmanuel recalls.

"I was working closely with HR to manage headcounts and movements, but we were always getting calls from people keen to join us. For example, we found we had to accommodate the Metropolitan Police - and with security such a big issue, we couldn't exactly turn them down."

The resolution to all of this accommodation pressure came via the landlord. "At the time he had vacant space across the Canary Wharf estate, so we took the opportunity to negotiate for space and hold the lease in our own right. A lot of my work at that time was in keeping an eye on headcount and on the local market, just in case if we had to move." 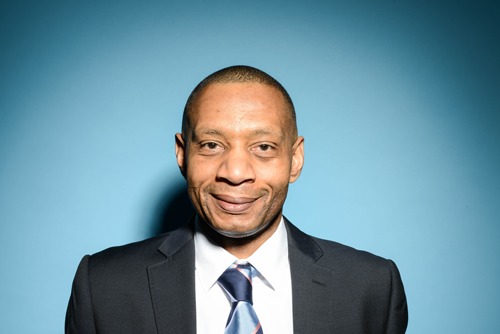 Solutions to accommodation problems were often short term. The ODA's expanding IT team, for example, was moved into serviced offices and then brought back later. In all of this hectic locating and relocating, was there ever among the staff a patriotic, "all in this together" mentality - that this was something special?

"Certainly at the top they were totally supportive all along the way," recalls Emmanuel; "but when you got further down the chain, all the normal human behaviour elements kicked in to play. 'Why have you got me sitting here, I want a window seat', etc. Staff were committed to the project, but the normal battles FMs have with change management were there to be fought."

Emmanuel remembers in the early days explaining the ODA's recycling and hot-desking policies to gasps of horror.

"People appreciated that there was always going to be a lot of transition and short-term solutions. But just as anywhere else, staff want to come in, turn on their PCs and away they go."

That said, Emmanuel believes the fluidity of accommodation and the dynamism of the whole operation made the FM team more visible to the ODA workforce then would otherwise have been the case.

"One thing I've learnt in the role is that if you are starting an organisation and forming its identity, you need your own FM person, FM has be part of it."

Today, Emmanuel is a project consultant at Thurrock Council. He agrees that FM as a discipline has come out of the Olympics experience well, but believes the sector still has promotional battles to win.

"The public still struggles with understanding the concept of FM and that's still a challenge for the industry. Certainly in my own household I still struggle to explain it. However, among professionals that's changing. If you talk to people who worked on the construction side of the Olympics, I'd say the profile of FM has definitely been raised with them."

(An extended version of this interview will be available soon.)

London (Central)
Circa £50,000 per annum depending on experience
Reference
59380
END_OF_DOCUMENT_TOKEN_TO_BE_REPLACED