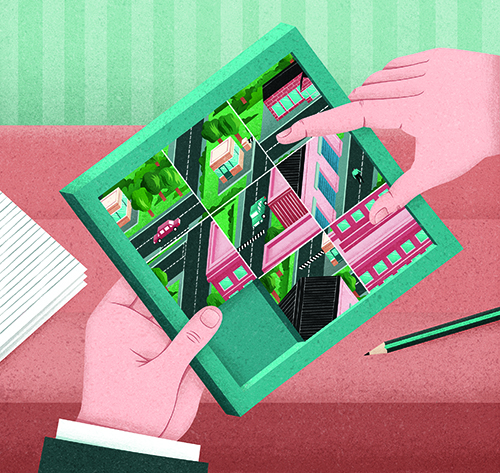 Managing the services and processes that support the core business of an organisation gives FMs an 'inside out' perspective - one used all too rarely to inform that organisation's site development strategy. Nick Martindale reports

If the phrase 'facilities management' came up in an after-dinner word association game, the chances are that it would either be met with blank stares or references to one of cleaning, catering or security.

Those working in the profession know its influence extends way beyond this, but this perception is an ongoing hurdle in the battle for recognition.

Aside from bruising a few egos, this presents a serious issue to those working in FM - not least because it can prevent those tasked with operating and maintaining buildings from having an influence into how they fit into an organisation's wider business strategy.

Nowhere is this more keenly felt than in the design or masterplanning of a site or building, whether an entirely new development or a significant renovation project.

"Quite often FM are often the last people to the party," says Andrew Mawson, founder of Advanced Workplace Associates. "On many of the projects we've done, a project manager and a design team will be put together but rarely is there any FM involvement at the outset. If there is an involvement it comes further on in the day, when people eventually think about how the building is going to be managed."

There are a number of reasons why FM should be involved in masterplanning such operations, both economic and practical.

"A lot of developers talk about capital value, but my currency is total expenditure value, so it's the build, the operational and the refresh cost," says Ed Baldwin, partner and head of FM consulting at EC Harris. "That is then influenced by the design choice of that infrastructure or the build type, and the ability to refresh and modify the asset over time as the business changes. Some designers don't really get that and that's where FM can help. That could be in retail, aviation, a school or a hospital; no business remains static for 50 years."

Indeed, FM's input can provide a compelling insight into whether or not the business case stacks up at all, by taking a longer-term perspective. "We would like to be involved right at the start, where they decide whether to develop or to move, looking at what the operational cost of running that building would be over a period of time," says Ken Raisbeck, vice-president of portfolio performance at Johnson Controls Global Workplace Solutions.

"Architects have a way of doing that, but they're very building-centric, whereas an FM standpoint looks at it more from the inside of the building out."

There are also intensely practical issues FM can help with when designing buildings or entire sites. Martin Pickard, managing director of FM Guru, warns of the risks that can occur when facilities are designed without the needs of the people who will be occupying or maintaining it in mind. "At the extreme end, when they don't engage us, we end up having to run buildings that haven't got cleaners' cupboards, where you can't access the plant because they've put panels in the way, atriums where you can't clean the glass, or light fittings so far off the ground you need to spend a fortune to get scaffolding in to change a light bulb," he says.

Mawson goes even further, stressing the need for FM to ensure not just the practicalities of the building but to influence the "experience" those working there will have, in the same way that Disney would with a ride at one of its theme parks.

"It's thinking very carefully about every piece of behaviour that touches the consumer; every smell, every sound," he says. "Nobody really brings it together in a way that recognises the experience that the consumer is going to have. FM needs to step into that space." 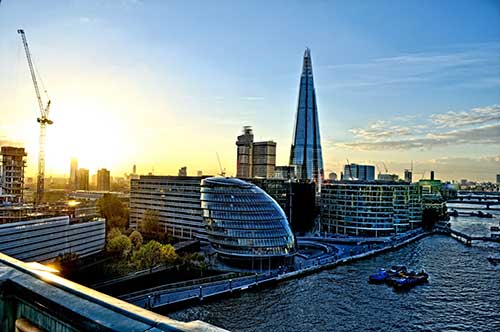 There are cases where FM is more involved in masterplanning building and site design. Raisbeck gives the example of The Shard, where all the relevant parties were brought in early on.

"Our role there was to think about how the logistics would work, so how does vertical transport work, how do you get goods in and out of a multi-use building, and how do you clean the windows," he says. Corporate headquarters, data centres and scientific manufacturing sites are all areas where this kind of joined-up approach is needed, he adds.

Private sector businesses tend to be quicker to grasp the business case around such models, adds Baldwin, stressing the potential in areas such as airports, retail complexes and pharmaceutical sites. "The private sector cannot afford to wait if the cost of their asset is increasing and it's impacting on downtime so they're not getting the performance," he says. But the use of building information modelling (BIM) systems - now mandated in the public sector - is starting to raise the profile of FM in building design, he adds, while in the public sector the public finance initiative (PFI), which revolved around design, build and operation, also prompted a greater focus on the longer-term effectiveness of buildings.

The UK, however, has much to learn from other countries, in particular the US, about how it approaches building design and the role of FM within that.

"The biggest change factor in the US is scale," says Raisbeck, giving the example of one organisation with a 12-mile wide site. "We don't necessarily have sites of that magnitude within Europe."

Yet how FM is viewed as a profession is also different in the UK. "In the US it's seen more as asset leadership as opposed to an FM operator, which is probably known as a concierge or a caretaker," says Baldwin. "In Europe it's a much more recognised profession and people are elevated up to an executive role." He believes the profession needs to change the type of talent it brings in, focusing on business acumen as much as technical skills. "It's having that economic, technical and strategic thinking in your skill bag rather than just the ability to specify and procure supply chain and operate the building," he says. "If we can get to the top table we can show the value and influence of design, as opposed to being a bit down the chain ourselves."

Pickard, too, believes education is part of the solution, not just in the talent coming into FM, but also in stressing to other building environment professionals the benefits of involving an occupier perspective at an early stage. Initiatives such as the Leesman Index - a compilation of staff satisfaction surveys based on employee feedback around their working environment - can help here, he says. "When you've got incontrovertible statistics which show that the buildings that are currently being designed are not as fit for purpose as anyone would want them to be, that's something that we should be making a lot more noise about," he says.

For Chris Kane, ex-head of BBC Workplace and principal of CK Associates, the challenge for FM is to ensure that it remains relevant in an ever-changing world, and break down some of the silos that have traditionally restrained it.

"The demand side - the consumption of buildings and facilities - is really about how those buildings enable the organisation that is housed within it to do great work, so it moves from a building to a people-focus, particularly where there are a growing number of organisations offering their workforces different ways of working," he says.

For Kane, a modern FM practitioner needs to be able to switch seamlessly between the practical realities of the day-to-day operations and the wider strategic viewpoint, which can help shape that broader people agenda.

"There are days when you have to deal with a security crisis or the fact that something has gone wrong with the toilets, but there are other days when you have to deal with financing a new scheme," he points out. "You have to be a helicopter operator; you need to be able to hover down to the coalface to get things done and then go back up to a strategic level to talk to senior leaders, and all points in between." 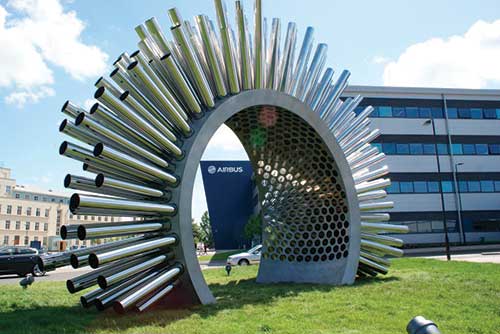 When Airbus looked to develop the Airbus Aerospace Park at Filton, near Bristol, it was agreed that a full engagement process was required with the wider Airbus community for the proposed new facilities.

"We developed a site strategic master plan which was agreed by all stakeholders and was the enabler to deliver an outline planning consent with the local authority to protect this development concept for the foreseeable future," says David Adams, head of UK Real Estate and Space Management.

The involvement of those tasked with operating the site in the future was instrumental in helping to secure the investment required. "The business case which embraced everything from design right through to operational issues allowed us to carry out a hard and soft services review on-site," says Adams. "We had an old and fragmented site and this was an opportunity to consolidate significant operational improvements within this investment by bringing teams closer together."

Adams says there was a degree of concern associated with the imposing layout plans for the new offices designs, which was only overcome when people were able to see how it would work in practice with the aid of office pilot studies. "It wasn't until we moved the significant numbers of staff into their new facilities that they realised their fears were unfounded. We managed to turn it into a positive experience which is now considered a benchmark for decisions within Airbus."