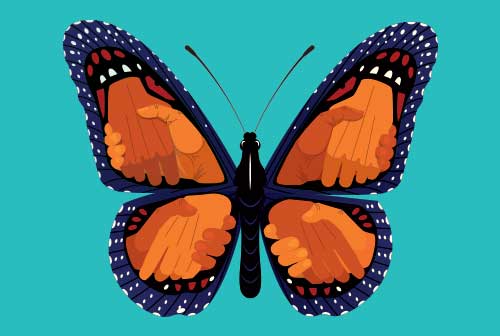 The venue is Copper Box Arena, host of handball and modern pentathlon fencing during the 2012 Olympic Games.

It is sports day for London hospitals in the Barts Health NHS Trust. This includes not just its own staff - it's open to residents in the area to promote healthy lifestyles. An FM team is on hand to make sure all goes well, but it is not running the facility. It has sent in a team to compete. More than 150 Skanska employees and family members attended the event on 9 August 2015.

FM involvement in client socials is not new or unusual. But the Skanska FM group's fixture went further than that. It was an effort to participate more closely with the local community, an example of some of the relationships evolving as more FMs introduce outreach programmes to their contracts. Rachael Baldwin, sustainability manager for Skanska's FM arm, says the company's community engagement through clients has been increasing noticeably.

"This is only the first year we've done this type of activity - something like the sports day. This has gradually increased over the last five years. The difference is our partnership approach. It had usually been that, as far as community engagement is concerned, we helped with training young people on site. It was very transactional - we just had a list of requirements to follow."

Now, she says the company is developing its connections with the community around the hospitals more closely. As far as local government contracts are concerned, legislation passed during the coalition government is one major driver.

"The Social Value Act is an agenda item now. Clients are becoming more informed about it and are asking for it. It's a combination of legislation and social demand. It's a new aspect of contracts compared with 10 years ago, when we focused on delivery of compliance/best practice," she explains.

The Social Value Act, she says, is driving change. Passed in 2013, it may not yet have matured across the market as a motivator of corporate social responsibility. Its wording is rather generalised. It requires "people who commission or buy public services to consider securing added economic, social or environmental benefits for their local area". Nevertheless, leading names in the FM field are starting to use it as a competitive differentiator, among them Skanska, Amey and Interserve. "It's becoming a measured part of our presentations internally. We have a list of questions, 3-5 per cent of which are weighted for social value. It may not sound that much, but there was nothing there at all two years ago," says Baldwin.

Amey's strategy communications manager Ray Bains suggests that social engagement has become a much more important aspect in one of the company's key FM accounts. Known as the tri-borough contract, it is a 10-year agreement including TFM with the three London boroughs of Hammersmith & Fulham, Kensington & Chelsea, and Westminster. "Government and local authorities are asking for social value - FMs now have to come with a social value element," he says.

The contract includes a range of social value activities taking place under an ambitious agenda: to support the [local] authorities and build a strong local economy by supporting young people and assisting long-term unemployed into work; regenerating local communities; and supporting local community groups. Moreover, the company says one its company's key performance targets is to reinvest 3 per cent of its profits in supporting communities and people.

This includes providing employability 'passports' to students to help provide them with skills they can use in the workplace and helping 100 people with physical and intellectual difficulties back into work. It means providing work experience for school-leavers, recruiting apprentices and refitting charity project facilities. Some of this work is done by partnering with a charity in the three boroughs. Employees also take time off to volunteer as mentors. Equally, the Skanska healthcare FM contract includes elements previously absent from similar contracts. "With this type of FM we are moving more to helping people with long-term goals and towards preventative care. We are also providing apprenticeships and helping actively with early career development too. Previously this was for human resources only," says Rachael Baldwin.

Other activities include building stronger links with primary schools, spending time showing children round plant rooms and planting trees. "Engineers and the other different FM trades go to trade fairs. Children don't just see HR managers, but people who do the actual work," she says.

For Amey, Ray Bains indicates a potential expansion in the contract could mean a further strategic impact on communities, as it is possible several more boroughs could be integrated into the contract.

"This means our social value impact will expand and have a greater impact across London. So, for example, we will have over 1,000 staff in London on the contract to which we can volunteer their community days to support charities or take part in CV writing workshops" he says.

On a corporate level, it sounds very worthwhile and certainly beyond the ordinary traditional scope of FM professional activity. But it is hard not to see this as a sticking plaster following the extensive government austerity programme. This has driven local authorities to cut thousands of jobs across the country as part of an outsourcing policy. As Bains says, part of his company's task is to help the unemployed find jobs.

But there are signs that the FM strategy may be broadening in both the public and private sector as the state narrows its control across the many counties cutting back on public expenditure. This gives more responsibility to the corporate and third sectors. Among the innovations that could affect FM involvement with the community on both a strategic and a day-to-day level is the Government Soft Landings (GSL) policy.

Although initially aimed at public sector contracts, its influence could extend to the private sector. The greater focus on buildings and estate users to improve asset performance could mean more FM involvement with people beyond the client's employees or tenants. BIM will progressively be used as a data management tool in the process.

But FMs take different views of its influence. "BIM is data-led rather than estate user-led. A building retrofitted using BIM produces a lot of data used to monitor buildings services; it would just be about what you find in the data," says Ray Bains.

But Howard Jeffrey, BIM specialist at Skanska, takes a wider view. The post-occupancy evaluation (POE) in particular could, he says, affect the FM role. Once problems had been identified, it could extend the FM interaction with estate and building visitors and be used to inform better future design. "There's a perception that FM is about fixing things. But GSL is saying that there should be an explanation to the users of the building of what they should be doing that's one of the roles of FM, to get close to the people using the buildings."

As an example of potential changes to the FM role, he points to conflicts that can occur between some building functions. One concern is the need to create a secure building without being invasive or making people feel unwelcome. Most buildings or estates need a thoughtfully designed and welcoming access point, especially if they are used by the local community. But conflicts in this area could require greater engagement with people beyond the immediate confines of the client.

Schools are a case in point. "An issue arising in school entrances has been having two doors creating an 'airlock' area that really has to be supervised most of the time. Staff can swipe in and go through, but do they or can they always challenge people following through?" he says. Children and visitor access has to be managed, as does out-of-hours access to community rooms. Typically, this falls on admin or teaching staff who may not have envisaged this as a routine commitment. "This is not an FM function per se," says Jeffrey, but it could mean an extension to the job description.

"There will be a lot of complaints which the POE will identify. A spread of different people could be responsible for responding depending on the setup. Historically, people had services in-house and are now privatising them, and FM can be quite a good way of offloading in-house services. There are different combinations and permutations," he says. 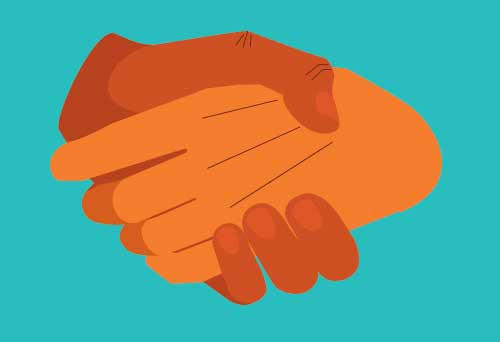 Certainly, it makes sense for FMs to gear up to a more public role as the procurement climate changes. Companies tend to have separate community relations teams dealing with new build. But efforts to develop more holistic design practices are likely to broaden the FM task beyond the initial construction, extension or major retrofit phase. The start of a trend is visible, but it is too early to draw conclusions. As far as community wellbeing is concerned, some campaigners express doubts about these governmental initiatives.

Among them is Pooran Desai, co-founder of Bioregional, a non-governmental organisation working on sustainability in the built environment. He believes new local council responsibility for public health since the Health and Social Care Act 2012 "is a massive opportunity to improve people's health". But he considers public procurement programmes a poor answer in a dysfunctional property market. "It's a fragmented industry with systemic problems about how buildings are organised. Adding more procurement policies and laws adds more complexity and doesn't solve the problem. You need a different philosophical approach to community building."