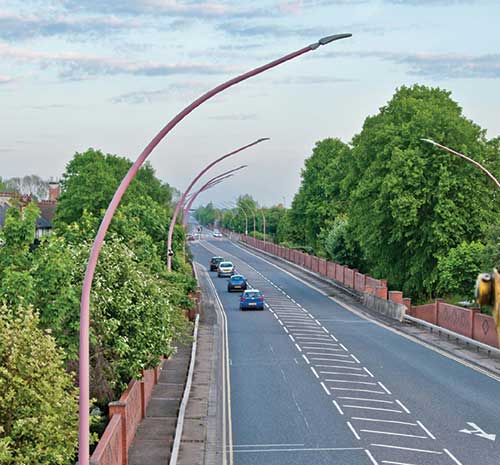 The 10-year collaboration between Cofely and North East Lincolnshire Council has developed way beyond traditional FM and outsourcing partnership to embody a revolutionary set of societal and operational aims, says Sara Bean.

The BIFM Societal Impact Award was devised to recognise the growing contribution made by FM beyond the workplace.

The first winners of this accolade, Cofely and North East Lincolnshire Council Partnership, illustrate how FM can reach far beyond the maintenance of buildings, not only in managing and maintaining roads and street lights - but working on a regeneration programme that benefits the local community.

Councillor Ray Oxby, leader of North East Lincolnshire Council, explains: "We believed we needed a radical approach to how we delivered frontline services and felt it was important to bring in new thinking and business acumen into the delivering of services.

"We wanted to move from a client arrangement with contractors to using a strategic, transformational partner that would bring a common theme that runs all through all our services."

Following a rigorous competitive process, Cofely won the bid and so began a 10-year partnership with a team of 278 Cofely employees who deliver operational frontline services to NELC, including full FM of council-owned assets, development and property-related advice. This includes the regeneration of council estate to ensure that it is modernised and fit for purpose. The value of the council-owned assets managed within the scope of partnership is £1.12 billion pounds.

But this partnership goes well beyond traditional FM and outsourcing by incorporating a groundbreaking set of societal and operational objectives. These include: investing £0.5 billion in sustainable economic growth and regeneration; a 33 per cent reduction in the number of people killed and seriously injured in road traffic accidents; securing 4,000 jobs in the local area; creating 60,000 square metres of new office, commercial, retail and industrial space; and delivering multi-million pound savings to the council over the term of the partnership to reinvest in frontline services for residents. 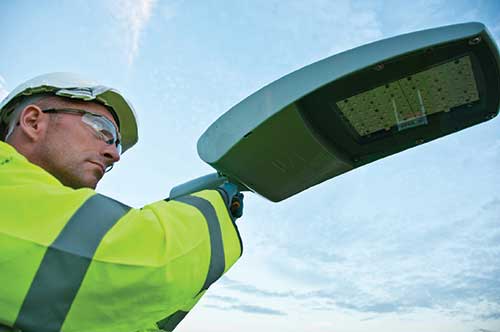 NELC comprises the towns of Grimsby, Cleethorpes and Immingham, covering a total area of 74.1 square miles with a population of 159,700. It has some of the highest levels of deprivation in the country and has seen the decline of its traditional fishing industry and the effects of the economic downturn, which hit just as the partnership got under way.

Marcus Asquith, deputy partnership director for Cofely recalls: "The biggest challenge was the change of government back in 2010 and the subsequent austerity measures, as we were immediately plunged into cost savings neither party had originally envisaged.

"But it actually brought us together to look at ways of saving money with minimal impact as well as inspired us to create a 'circular' economy that invests in the area with skills and jobs that ultimately supports and encourages inward investment to raise its economic prospects."

The contract is managed strategically and operationally by a partnership board that meets quarterly and an operations board that meets monthly. The partnership board gives strategic direction as well as measuring the performance of KPIs, which are geared towards 'stronger economies, stronger communities'. Alongside this, the operations board checks on the day-to-day delivery of essential services and measures the effectiveness of the partnership in ensuring that the needs of local residents are being met.

Every local authority has a local masterplan, which is typically a strategy for the next 10 or 15 years. To help support inward investment, Cofely has co-written the local masterplan for NELC, which is a strategy extending to 2032, with an aspiration to create 8,800 jobs and 13,000 homes with associated retail, leisure and school facilities.

Oxby says: "We've been very pleased with Cofely's ability to help us secure external funding on the back of the austerity climate that all of the local authorities are facing as they've brought in expertise and knowledge to help us make successful bids."

For example, following support from the partnership, Danish energy giant DONG announced plans in 2013 to invest in the Port of Grimsby. Because of help given with access to funding the company was enabled to locate its operations and maintenance hub in Grimsby. The partnership also helped with pre-application planning assistance and engagement with key external consultees such as the Environment Agency, Natural England and English Heritage.

The council's planning service has also been upgraded and, working closely with the economic development, highways, assets and architectural teams, has launched a Major Applications Planning Scheme (MAPS) which provides clear information and advice to those going through the application process.

The partnership's ability to secure substantial investment for improving local communities resulted in an award of £4.3 million by the Department of Transport for improvements to public access and transport provision in Grimsby, particularly for those commuting to and from work - one of the largest town centre developments North East Lincolnshire had seen for years.

Better planning and an efficient use of capital funding have also helped to improve the state of the area's roads and guard against further deterioration, meaning a reduction in closures for repairs and safer journeys. Cofely is also responsible for delivering Civil Parking Enforcement (CPE), which includes off-street car parking and the development of a parking strategy that has increased levels of customer satisfaction and the reputation of the parking service.

Oxby says: "It's all about the innovation in terms of what the partnership brings to the table, and not just the taking on of services such as property, regeneration, planning and transport.

"The partnership has also been about bringing innovations around energy measures, property rationalisation, street lighting, where we've made massive savings in energy use, and the funding of what would have been average outgoings."

These innovations included the introduction of a property rationalisation programme that led to a reduction in the number of core office buildings from more than 20 to two main hubs, reducing office accommodation by 60 per cent and running costs by over £1.1 million a year. The introduction of more opportunities for flexible working has seen the ratio of workstations to full-time employees go from 1:1 to 0.7 - with an ultimate target of 0.5. 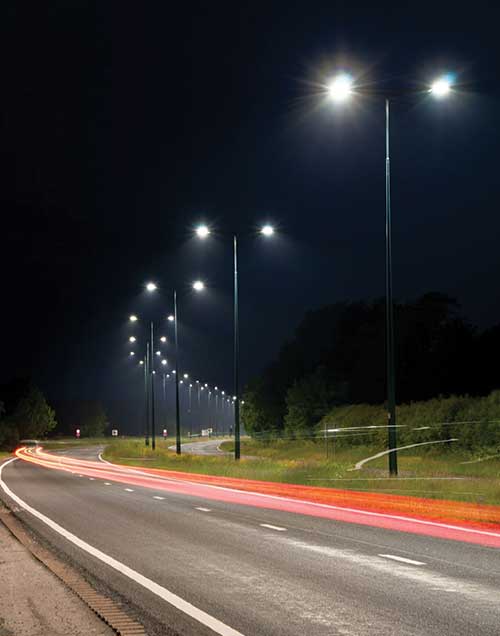 Grimsby's municipal building has also had a £1.6 million refurbishment to create an open-plan, modern work environment that supports agile working - resulting in a 200 per cent increase in staff use. Encouraging more people to work flexibly has also shown an impact on journeys taken, helping to reduce the council's carbon emissions.

All councils are measured against their carbon use and pay a levy and tax on the amount of carbon used, so the lower the energy consumption, the lower its bills. The partnership has helped NELC to manage its energy use across its whole portfolio of assets.

For example, during 2012-13, an £8.2 million Energy Management Project was implemented that saw all the borough's 19,000 street lights upgraded using state-of-the-art LED technology.

Cofely's Asquith says: "The lighting project took a year from beginning to end, and during that year the LED technology developed, so by the end of the project we could install the LEDs on just about every street light - so while many other local authorities are actually cutting street lighting, NELC has avoided that and actually made savings."

In another initiative, the boilers were replaced at the municipal offices. This, along with additional improvements to the heating and electrical elements of the building, has delivered a 20 per cent financial saving with reductions in carbon emissions of 1,740 tonnes a year.

In April 2015 Cofely introduced a 'flexible basket' strategy for energy procurement, meaning that gas and electricity can be purchased for up to three years in advance, reducing costs and improving access to green energy to reduce carbon footprint. This initiative will also see the introduction of energy conservation measures such as the installation of solar panels on council buildings.

There is also potential to make use of the energy centre at Humber Energy (owned, operated and maintained by Cofely) to create an industrial district heating network that will not only reduce energy consumption and carbon emissions, but will also make the area more attractive to industrial investors.

In its regeneration partnership role, it has a high level of engagement with the local community. The housing team, in particular, works with residents in areas of most deprivation. This team works closely with local bodies, individuals and landlords to bring properties up to a better standard and help residents improve their lives by taking responsibility and pride in ownership.

"We're doing a lot of work in the background to promote the benefits of the area, for instance, the job opportunities in the growing renewables industry," says Asquith.

He adds: "We're doing a lot of work in the town centres to try and prepare those for an influx of people with more accommodation being provided. We've also got an energy board, which now meets on a monthly basis to look at how we can bring alternative energy, procurement and usage.

"There are several other areas we're looking to get our teeth into because of the confidence the council have with us, so we might have an interesting submission for the BIFM next year."

The awards judges remarked on "solid evidence of the effectiveness of the partnership" and how the service provision had moved "significantly away from standard FM and into the realm for delivering step-change social and economic outcomes for the local community".

Oxby agrees: "We don't see Cofely as outside players, but as part of the team. It's about a different style of leadership, engagement and empowerment and about managing assets in an innovative way around the outcomes needed to improve wellbeing in the wider community."