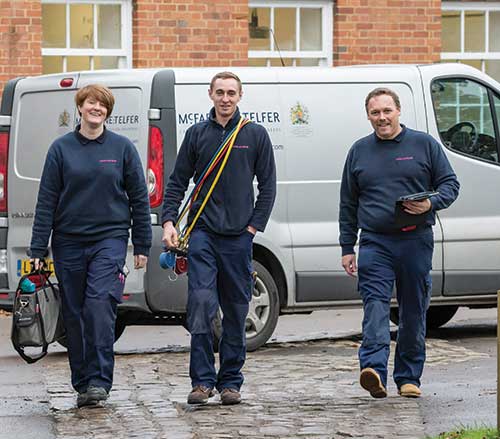 Commercial catering and refrigeration maintenance specialist McFarlane Telfer not only makes sure its staff are technically adept, its training also addresses the vital soft skills prized by clients - a strategy that helped its team win a top award, says Sara Bean.

McFarlane Telfer (McFT) was established initially as a metal fabrication workshop in January 1992, developing over the years to add catering and refrigeration maintenance which, following the downturn in 2010 was made the sole focus of the business.

The market in which it concentrates is a tough one. Catering environments are invariably stressed and none more so than when a piece of essential equipment such as the fridge or cooker is broken. For McFT's technicians this means engaging every day within a customer environment, not the head office, so the standard of their performance represents that of the whole company.

Unlike most of its competitors the firm specifically targets the FM industry, servicing corporate customers, private healthcare, education and the public sector, and since expanding into Dubai it now employs 68 people in the UK and five people in Dubai.

The other unusual approach is that in an industry where neither formal training, qualifications, not even an accepted standard as to what might constitute an appropriately qualified catering engineer, McFT not only chooses to make sure that its technicians are trained in all the trades they cover - gas, electric, water and refrigerant - it concentrates as much on addressing soft skills as commercial and technical ones.

This, explains managing director Chris Craggs, is because the quality of delivery of service relies solely on the excellence of the staff.

"There is no technology in our industry, no software or fancy gimmicks - it's all about a guy turning up in a stressed environment, (after all chefs are not known for their patience) doing his job and conveying that he's happy to be there, proud about what he does and performing a job diligently.

"Everything we do is dependent on people, so if we choose to do this well that is 100 per cent of our competitive advantage."

By committing very significant resources - both time and money - to developing a comprehensive learning and career development programme, he believes the firm can genuinely aspire to be the employer of choice and make a difference to people's lives.

Yet, says Craggs, although FM clients tend to have high expectations - not just of technical performance but also of levels of customer service, speed of response, documentation and accreditation - the FM sector still treats its maintenance suppliers as commodities.

"We understand that looking after our staff will deliver commercial benefits, but it doesn't seem to have filtered through to the supply chain. FM is in many ways a remarkably primitive industry - but it's not unique, I started out in the hospitality sector, where the cult of chefs in kitchens who shout and bully employees is celebrated." 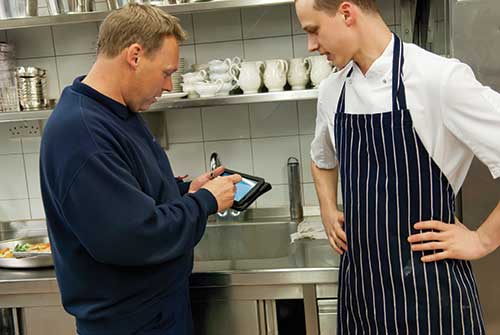 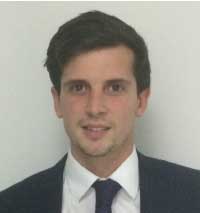 Toby Neill, business development executive for Investors in People South of England, who recently attended a McFT team meeting, explains the rationale behind the sixth generation standard for people management.

"This means that while a lot of companies may have their values on their wall, when you go into high-performing organisations like McFT you can clearly see that everyone is living and breathing by the values of that organisation, as everyone has bought into the firm's values right from the start."

"From what I've seen McFT has got a clear programme of learning and development through the organisation, getting everybody involved, which is particularly important as all the engineers are customer-facing and need to represent the company in the best possible light. It was clear why McFT are one of our champion clients"

Not so at McFT. In fact, one of the main inspirations for the focus on soft as well as hard skills was when Craggs participated in an emotional intelligence course. He took the experience back to the workplace where, in conjunction with a development expert, a programme of emotional intelligence courses was introduced, exploring issues such as what people wanted to do with their lives and their motivating and demotivating factors. This process was first viewed with suspicion, but eventually led to 'life-changing' discoveries.

Craggs says: "This is a solidly blue-collar environment and largely male, as is most of hard FM, and that combination is not known for its ability to communicate and empathise. So having had a favourable response to that, we thought 'what's the next step?' "

As a small business with little experience in learning and career development (L&D), McFT went through Investors in People, which provide a standard framework [see box] for people development, highlighting areas such as rewards and recognition.

The decision to invest so heavily in L&D was, says Craggs, not driven by some woolly altruistic dream. Rather it was, he says: "A very hard-edged decision, as we needed to ask 'how does my business survive in what is a limited talent pool'. I want the best people, and in order to attract and retain the right people we have to offer a quality proposition, which is why this has essentially been a very commercially driven process."

Underlying this strategy was the creation in 2013 of a dedicated three-person, professional HR and development team that, says Craggs, "is not flavour of the month - but is the bedrock of everything we do".

According to Kate Smith, McFT's people development manager, each new recruit is given a detailed induction, going into the company training programme which constantly looks at ways to enhance their technical, commercial, inter-personal and leadership skills.

Right from the outset the expectation is drummed into people that while McFT will provide a supportive environment, they are expected to put the hours and motivation in - with team leaders working with trainees or new staff to ensure that is a priority.

This results in an average of 13 days of training and development for each employee across the company - and it's not confined to technicians (from novice to team leader), but other roles such as accountancy, administration/back office and so on.

Training is delivered through a mix of external and internal providers. External courses provided both on and off site include formally accredited specialists in compliance, for example, those delivering qualifications from City & Guilds. The first batch of engineering technicians will train through the Institute of Mechanical Engineers.

Internal training ranges from guided visits to trade shows, to a wide range of CPD opportunities, including ILM, ThinkFM, Institute of Mechanical Engineers, London Chamber of Commerce, Arab English Chamber of Commerce, and the Middle Eastern Association. There are also regular communications meetings and an extensive junior leadership programme.

One of the issues for the maintenance sector is the challenge of turning a good engineer into a good manager, as the two don't always follow.

Kate Smith explains: "Our top engineers aren't just notable for their technical ability, but also the way in which they can resolve customer complaints and establish a relationship with clients. You can be fantastic at fixing things, but if you can't engage with customers that is a problem. So our secret is in understanding that technical competence does not instantly translate into good management."

Junior leaders are trained in a variety of skills - from understanding financial reports through computer skills to supervisory and leadership skills that are delivered both internally - where directly relevant to the business - and externally.

Smith adds: "External training puts some people out of their comfort zone; but ultimately they benefit as it gives them the chance to go out and talk to other people in a different industry but similar job role." 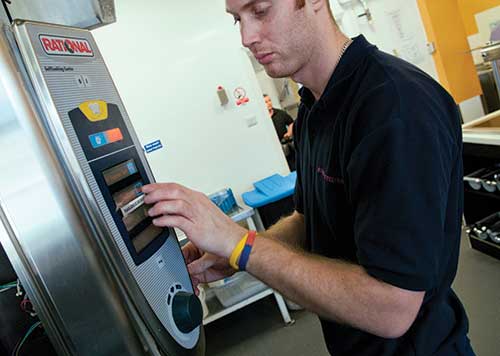 Senior engineers are also encouraged to take on leadership roles or act as mentors for the novices. Although training and skills go a long way to prepare many of the engineers for management, it's also important to find the most suitable recruits in the first place.

Craggs says: "From interview stage, we tell all our candidates that technical skills alone will not get you a job at McFT - or keep you there.

"We need a mix of technical, commercial (stuff has to happen on time, safely, and profitably) with people skills - not only with customers (regular sessions on walking in the customer's shoes) but with colleagues - if the classic scenario develops where technicians start blaming the back office, we will be lost, so everyone needs to recognise and value the effort and difference which our colleagues make.

"So it's become a boring cliché, but we recruit for attitude. If something is broken down we're going into a stressful environment and our engineers must handle that. So, yes, we need people for the technical bit and it would be great if they came in fully formed, but the reality is we probably need to provide quite a lot of that technical training as long as our recruits can demonstrate, curiosity, desire and engagement," he adds.

To help address the fact that 60 per cent of the workforce is usually out on the road, the firm also holds regular communications meetings, at which the whole company gathers together for three hours to hear updates from department heads and explore different themes with the occasional help of guest speakers, such as retired athlete Steve Backley OBE.

The impact of these initiatives on the company have been immense, with negligible staff churn rates, a waiting list for recruits and an average 25 per cent compound organic growth since 2010. Instant feedback customer service rates are consistently at a 98 per cent rating and McFT became the first SME to achieve the Customer Service Excellence standard in 2013, followed by becoming the first Investors in People (SME) award-winner in 2014.

The company has now expanded into Dubai and has plans to expand into Europe, aided by an ambitious intern programme that includes taking a placement student from NHTV in the Netherlands, two more Dutch FM interns due after Christmas, a recent recruit from the FM programme at Conestoga College outside Toronto, Canada, and continuing recruitment with candidates from Wentworth Institute in Boston, Massachusetts.

Says Chris Craggs: "The difference in our self-perception as an organisation and as individuals is impossible to overstate.

"From a quasi-parochial business, we now operate on the world stage. The team leaders who've spend time training and coaching our colleagues in The Gulf can't quite believe the direction their career has taken them - and the difference they are able to make to others.

"If you've been teaching in Dubai about gas pressures or about refrigerant recovery - both alien concepts - you know you are making a difference to the development of technical standards, safety and the environment - as well as spreading the message about respecting and developing people and opportunities.

"I just don't get why more people in the FM industry don't get the benefits of learning and career development," he says.

London (Greater)
Up to £47,276 per annum plus excellent benefits
Reference
59097
END_OF_DOCUMENT_TOKEN_TO_BE_REPLACED