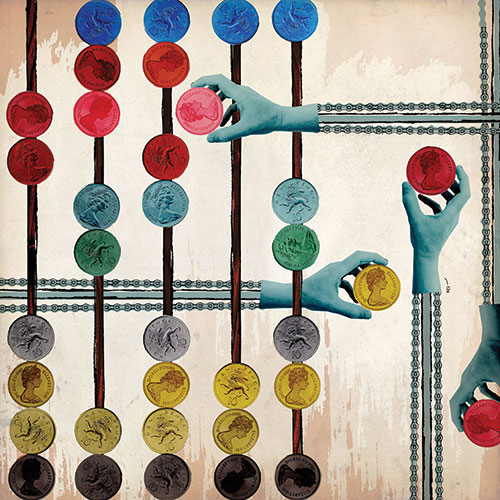 The government aims to reduce the state to its pre-war size and spending cuts are driving both central government and local government to outsource for cost-effectiveness. This offers rich pickings for FM operators in some spheres. But, warns Graeme Davies, it could also lead to some firms living on the margins of very tight contracts

The past five years have represented a landmark period for UK government service delivery - in particular the outsourcing of public services to the private sector.

During the five-year term of office of the first coalition government in modern times, the value of government outsourcing doubled to £120 billion as the government attempted to rein in spending following the financial crisis.

But since the 2015 general election returned a surprise majority for the Conservative Party, the handbrake of coalition rule has been released and despite an improved economic outlook, chancellor George Osborne has reiterated his desire to continue slashing back the parameters of the state. The recent Autumn Statement and Comprehensive Spending Review revealed further deep cuts across almost all government departments. The target is to make £20 billion in savings over the coming four years and many central government departments will see budget cuts by up to 20 per cent more. Pressure is to increase on local authority budgets too, and innovative and far-reaching moves to integrate social and health budgets on a regional level will have significant consequences for many companies - and FM companies in particular.

Indeed, recent research suggests that the value of government outsourcing could rise by another third during the course of this Parliament, by the end of which around £1 out of every £3 spent by the government could be going to private sector suppliers.

But it will not be all plain sailing. This is a government keen on squeezing the best value possible from suppliers, which means margins will necessarily be thin on many contracts and the experiences of the past five years suggest that, in some cases, companies will struggle to fulfil contracts profitably.

Indeed, since the Autumn Statement the Confederation of British Industry has called for more transparency over government outsourcing contracts and it is among a number of voices calling on the government to consider a shift to 'open book' contracts where both the client, or commissioning authority and the contractor share the profit, or loss, from a contract.

In particular, local authorities who agree to take on more devolved powers in areas such as health and social care - overseen by a new generation of elected mayors - will be able to set their own business rates and keep more control over revenues raised locally, although any extra proceeds can only be spent in certain ways with extra business rates revenues ring fenced for infrastructure projects. On top of this, local authorities will now have the ability to raise council taxes to bring in more revenues with a 2 per cent precept allowed which can only be spent on social care budgets. Just before Christmas it was also announced that the £5 billion Attendance Allowance budget, paid to elderly or infirm people to help them continue living independently, will also be handed over to local authority control.

Several local authorities have already set in train the process to elect local mayors. Manchester is one of the most advanced in this respect. There, a total of 10 unitary authorities will come together to pool resources. In return the new authority will have significantly enhanced powers over key areas of policy such as transport, health and social care.

Some commentators argue that the urge to devolve powers is driven by a more cynical urge by the central government to devolve the pain of budget cuts to a local level. But the government would argue that local delivery should be more cost-effective, and that giving local authorities more autonomy will allow them to become economic growth creation zones rather than simply conduits for central government money. Whether enough entrepreneurial spirit exists in many councils for this to happen remains to be seen.

FMs and other providers of outsourced services will be faced with bidding for contracts on a more localised level but, with the scale of some of the proposed changes to local governments - Manchester's combined health and social care budget is likely to be in the region of £6 billion - the opportunities for FMs to pick up substantial business could be significant.

In another sign of traction in this area - and an indication of the potential prizes on offer for private sector businesses that can plug into the newly devolved authorities - in December it was announced that nine London boroughs would be at the vanguard of devolving health and social budgets in the capital. Initiatives include local authority, social and health departments sharing facilities such as buildings and other infrastructure. Other initiatives include those in Lewisham, where physical and mental health services will be integrated with social care services, and in Barking, Dagenham, Havering and Redbridge, where primary and secondary care facilities will be better integrated - all of which could lead to private sector FM operators being contracted to offer services.

The government paints this as a drive to better combine facilities and expertise to deliver more efficient services. Opponents say it is simply passing the buck in terms of who makes the biggest cuts and allowing for yet more privatisation of the NHS away from the glare of landmark national policymaking.

Manchester's shift to locally controlled budgets could prove to be something of a litmus test of the government's intentions. Long touted as the potential heartland of the government's 'Northern Powerhouse' project, the proposed combination of 10 local authorities will create a major force in local government, and it is in the proposed changes to healthcare provision that Manchester will be scrutinised most closely.

Many campaigners in health and social care have long called for greater cohesion between the two service strands. Under Manchester's plan, the two services will be brought under one budget controlled ultimately by the Greater Manchester Health and Wellbeing board, which will be run on a shadow basis from April 2016 and will take over budgetary control the following April. This chimes with a central government initiative that starts in April 2015 to offer smaller pooled budgets across 151 local authority areas worth an aggregate £5.3 billion.

For companies such as Mitie and Mears, which already have social care operations as well as the ability to deliver capital projects, the marrying up of budgets may offer more opportunities for joined-up tenders in the coming years. More efficient use of local authority and NHS estates will also offer those FMs who are experienced in merging operations and better running property assets to also pick up work, even though the combined estates will ultimately be expected to shrink in simple footprint terms.

Another department which is showing signs of accelerating its reform plans is the Ministry of Justice, where Michael Gove is looking to find £600 million of savings before 2019, a bigger percentage cut than many rival departments.

Justice is an area in which both politicians and private sector have had their fingers burnt before, and while that led to something of a hiatus in the outsourcing process, that is likely to change. Indeed, the recent spending review heralded a potential step change as the government announced plans to sell off a number of outmoded Victorian prisons in city centre locations such as Brixton and Holloway in London and Oxford. This will generate income from property developers that will be put towards the construction of nine new purpose-built prisons, five of which should be open by the end of this decade, saving up to £80 million a year in running costs.

This will offer opportunities to those FM firms that have the expertise to run prison services as well as those with construction arms that may also bid for contracts to build the prisons themselves. As prison numbers are predicted to rise, the pressure on places will not abate, but the government is looking to do more to prevent reoffending and put offenders into rehabilitation before they reach jail in an effort to ease the burden, and there could be more work for private sector operators here too. 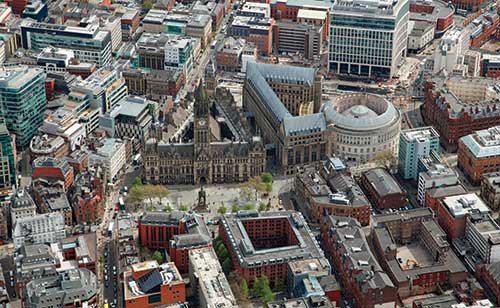 The government will continue to outsource across the board with the pressure to cut budgets remaining paramount, and this is likely to lead to further significant contracts coming the way of private sector FM companies in all areas where their expertise can better help the government to run its estates efficiently. As local government remains a particular pinch point when it comes to budget cuts, many of the opportunities in the next few years will emerge at that level. But in departments such as justice, education, health and defence, where the big budgets are, opportunities are likely to continue coming thick and fast.

In the private sector too, should the economy continue to grow as predicted, opportunities will continue to come through and as companies continue to thrive for ever more efficient ways to use their assets, then FM expertise will remain in demand. Particular areas of strength in the private sector will endure in commercial office and leisure and entertainment, particularly in the affluent London and South-East region as well as other selected regional hotspots.

One of the biggest political moves of the past year saw the Conservative chancellor surprise the entire political spectrum when he pledged to ramp up the minimum wage to a Living Wage over the next five years, at the end of which the lowest-paid workers should be paid £9 an hour, up from the current £6.70 for over-21s.

This sent shockwaves through those areas of the economy that employ large numbers on low wages, in particular the retail and hospitality industries and FM, where a large proportion of the workforce are on low wages.

An independent body, the Regulatory Policy Committee, recently estimated that even the initial move to a living wage of £7.20 an hour next April will cost British companies £1.1 billion, made up of £700 million on the wage rise itself, £137.5 million on extra cost such as National Insurance, an additional £59.5 million on maintaining pay differentials with those who work on slightly higher wages now and £245 million in other costs. For the FM industry, this figure will cause significant concern, given that wage pressures will continue right through to 2020 as the Living Wage continues to rise.

Many companies emerged from the recession looking pretty lean, and in an ultra-competitive sector such as FM, where margins are already thin, there is little extra fat to trim. Margins are likely to come under even more pressure at a time when customers, especially those in the public sector, continue to strive for the lowest-cost contracts possible.

Although the Living Wage is to be applauded for the vision of improving the lot of the lowest-paid workers, for companies it will create an operational headache that is going to take some solving. In many cases, shedding jobs is not an option, and although efficiencies can be eked out of working practices and new technologies, the last thing the industry needs is for companies under pressure to maintain order books to start bidding on uneconomic contracts. Whether this will lead to some price inflation in the sector to match the wage inflation remains to be seen, but the Living Wage is a conundrum the sector as a whole will have to face down over the next four years. 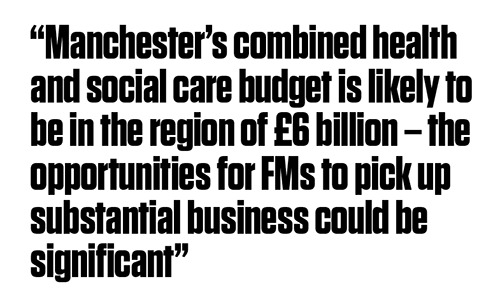