The DNA of city devolution 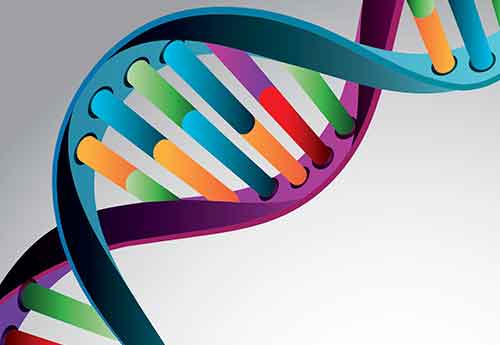 Transfer of powers to cities and regions will give more control to local decision makers over the new built environment that FMs will ultimately manage. In the first of a 'future influences' series looking at wider built environment trends, Benjamin Mansell and Michael Pocock of law firm Pinsent Masons look at the potential impact of 'devo-deals'

The draft Cities and Local Government Devolution Bill has given the government's devolution agenda great momentum. The bill, announced in the Queen's Speech on 27 May 2015 will enable cities or regions to transfer powers away from Whitehall over a range of matters. It passed report stage and third reading, with amendments, in the Commons on 7 December. MPs have returned the bill to the House of Lords with amendments and these will be considered on the floor of the house on a date to be announced.

Six so-called 'devo deals' have now been reached, with Birmingham and Liverpool following Greater Manchester, Sheffield, the North East and Tees Valley. Elections for all the metro mayors are to take place in 2017.

The powers to be granted under the draft bill are generic. For instance, section 17(1) states that "The Secretary of State may by regulations make provision for a function of a public authority that is exercisable in relation to a relevant local authority's area to be a function of the local authority". In essence, the government may transfer public authority functions to any council that wishes to embrace devolution.

The powers to be transferred will be dependent on any 'devolution deal' that cities or regions strike with the government. So devolution will not be uniform nationwide. What does seem certain is that a mayor will have to be elected in return for the devolution of powers. As George Osborne noted: "It's right people have a single point of accountability. Someone they elect, who takes the decisions and carries the can. So with these new powers for cities must come new city-wide elected mayors who work with local councils. I will not impose this model on anyone. But nor will I settle for less."

Elected mayors will have a slightly different position from that of the Mayor of London. London's mayor sits above the 32 London boroughs and is held to account by the London Assembly, a body elected by all Londoners.

Future mayors outside London will sit within the framework of local government. This means that the local council leaders for the designated conurbation or region will act as a cabinet, which will be able to pass or block a proposal with a simple majority. There will be no democratically elected assembly to ensure that the mayors are directly held to account by the public.

Other proposed checks and balances were introduced by the House of Lords to ensure the accountability of devolution. These are:

l An annual report on the progress of devolution should be provided to Parliament "as soon as practicable after 31 March each year"; and

l Before the second reading of any bill, a minister must publish a 'devolution statement' confirming that the provisions of the bill "are compatible with the principle that powers should be devolved to the most appropriate local level except where those powers can more effectively be exercised by central government". 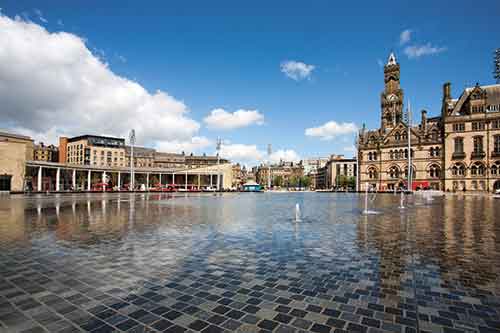 Manchester is planning ahead

Greater Manchester is at the forefront of the devolution agenda and has frequently been labelled as Osborne's devolution 'pet project'. It was the first deal announced (in November 2014) and also contains the widest range of devolution powers set out to date. These include planning, policing, housing, fire services, healthcare and bus services. The West Yorkshire Combined Authority and Cornwall devolution deals appear to be a 'starting point', with more powers yet to be announced.

There appears to be a significant appetite among other 'core' cities to devolve powers. There has been speculation that other cities such as Birmingham, Nottingham and Bristol are seeking devolved powers, while Sheffield and the North-East Combined Authority have confirmed they are in discussions with the chancellor.

There is perhaps some hesitation among most councils to jump straight into devolution; they will instead wait until the bill has been given Royal Assent and see how successful the existing devolution deals are and which powers should be sought.

How devolved planning policies sit alongside the National Planning Policy Framework (NPPF) will need to be scrutinised, because there is significant scope for conflict between regional powers and national policy. Regional planning powers will need to be seen to fit in with the NPPF. For instance, the GMCA has confirmed that the Greater Manchester Spatial Framework "will be developed in line with NPPF policies". But given the brevity of the NPPF, there is scope for matters of detail to be loosely described as within the scope of the NPPF. This could be a lawyer's paradise and the potential for legal challenge will be a real concern.

There is a strong history of co-operation between the constituent councils and it is highly unlikely that such a comprehensive deal could have been agreed if the councils did not work in tandem. The GMCA describes itself as "a unique model of governance for a city region" and it does not appear that there is another multi-council body nationwide that operates so closely on key policy matters.

Other cities and regions may follow suit in forming or strengthening their city region body. But old local rivalries and possible disputes over who will gain most from any devolution deal may hamper any alliance. This raises the possibility of devolution on a small scale; could powers be devolved to a single council or will the government only grant powers to a collective?

It is unlikely, but there may be significant regional imbalances that will influence decision-making; if it is far easier under the devolved policies to build homes in Greater Manchester than in Leeds, Yorkshire-based house builders may switch their attention across the Pennines.

Will the bill achieve its desired effect in promoting a more balanced economy or will it lead to greater inequality? Devolution is widely perceived to be a step in right direction, as councils will be able to mould policies to suit local circumstance. But whether councils will have the resources, expertise and finance to make the most of devolved powers is unknown.

And how far Osborne is willing to stretch the devolution mandate will be tested, initially by Greater Manchester, but latterly by other cities and regions. Sir Howard Bernstein and Sir Richard Leese, chief executive and leader of Manchester City Council respectively, have publicly stated that their ultimate aim "is for full devolution of all public spending in greater Manchester".

Whether it is Manchester or any of the other cities facing devolution, it is clear that the move is starting to gather real impetus and there are significant opportunities for regional cities to shape their future.

London (Central)
Circa £50,000 per annum depending on experience
Reference
59380
END_OF_DOCUMENT_TOKEN_TO_BE_REPLACED