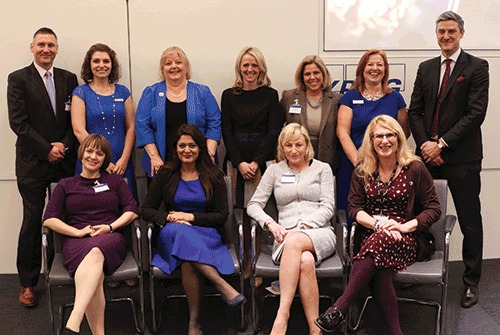 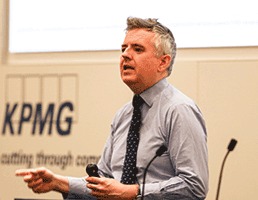 Always an engaging and often energising event, January's 2016 BIFM Women in FM conference gave attendees much to ponder from a range of inspiring speakers. The FM World team reports


Living Wage can 'change the status' of FM

Guy Stallard, head of facilities at conference host KPMG, gave a powerful presentation on why FM should embrace the living wage as a "transformational tool" for the profession.

Stallard,a chartered accountant who has overseen a move to introduce the living wage rate across the accountancy giant's estate, explained how the successful introduction of higher pay rates needed to involve a reappraisal of the structure of facilities teams and the nature of their management. He spoke of how KPMG now has fewer supervisors, with other team members now better incentivised to perform.

But, said Stallard, assessing team structure is more difficult in some sectors than others. He cited the sensitivity of hospitality, where FM staff may already be in the front line dealing directly with end-user customers.

Working with facilities staff who are about to get a living wage pay rise should be about building "two-way loyalty", he continued. "If the quality of the people you employ improves, the conversations you have with them and their output also improve. If the living wage boost is seen as a two-way conversation, that's when you get best results."

Stallard ended with a rallying cry. "I'm very proud to work in FM. But if so many in FM are people who don't earn enough to live on, how can we be a professional industry?" 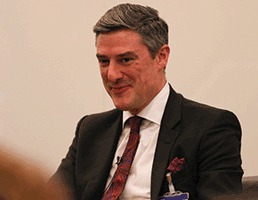 A poll taken during the conference saw 70 per cent of  attendees said setting targets was the way to go to move towards more gender-balanced boardrooms. Just 7 per cent thought quotas the way forward, with 21 per cent voting that 'neither' was a solution.

Targets allow businesses to work towards more gender-balanced boards with their own strategies and at their own pace. Critics of a quota approach said it would cause firms to employ women for their gender rather than their talent.

Murray agreed. He said: "A government-enforced quota is the wrong idea." He added that advice and mentoring would be more constructive "than positive discrimination".

In a comparison poll taken immediately after the panel discussion, fewer delegates voted for targets and slightly more were undecided between targets and quotas. Slightly fewer thought quotas were the answer. 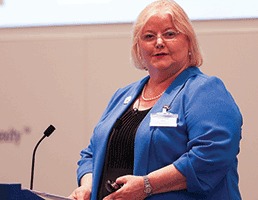 Fiona Bowman, of consultant Dysart 57, presented on how FM can help those suffering the dire situation of domestic abuse.

Recounting her own experience of abuse, Bowman explained how, more than 30 years ago, she had been in a violent and abusive relationship. Like many victims she did not talk about her experiences, instead using her work in FM as a means of escape "from the horror of the abuse".

However, when Bowman started to talk about her experience it opened up opportunities to help others through her work.

"At the time I escaped [from the domestic abuse] I worked for Standard Chartered Bank in Edinburgh. The simple steps they took saved my life. After the last worst beating, when I ended up in the severe head injuries unit at Edinburgh Royal Infirmary hospital, it was my manager that the hospital rang. He helped me escape to a new life."

FMs wanting to learn more about what they can do were directed to www.nationaldomesticviolencehelpline.org.uk 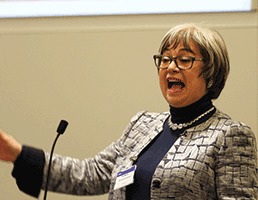 Seeking a place on the board? Raise your profile

With her theme of how to get a place on the board, consultant Fran Moscow focused on educating women in three key areas: personal branding, technical expertise, and the criteria required to position yourself for a board or non-executive director role.

"So many women put so many barriers in the way," she opined.
"We cannot just wait for other people to do the work for us," said Moscow. "One of the greatest challenges we face is ourselves.
Either we don't believe we can, or we look at networking and say that this isn't for me. That's your choice, but you need to be really sure that you're not sabotaging your chances of success.

Another thing preventing women can be their own behaviour, suggested Moscow. "We can take things personally and 'be the victim' - why pick on me, I've been overlooked, etc."

Women should also "not see men as an issue," said Moscow.

"Be visible," she continued. "Network within and without your organisation. And if appropriate, become a speaker. Do whatever you can to raise your profile!"

Self-awareness is the key to successful personal branding, continued Moscow. And if you haven't written down your own vision of where you want to be, you're unlikely to get there. (Who had written down their own career vision? When Moscow asked, few hands went up.)

If you don't plan your own journey, concluded Moscoe, "someone else will plan it for you."

Moscow also mentioned how the government target of 25 per cent of directors on boards being woman has now been met - but too many of these are non-executive directorship roles. Those interested in the statistics were directed to the Professional Boards Forum online for more details.