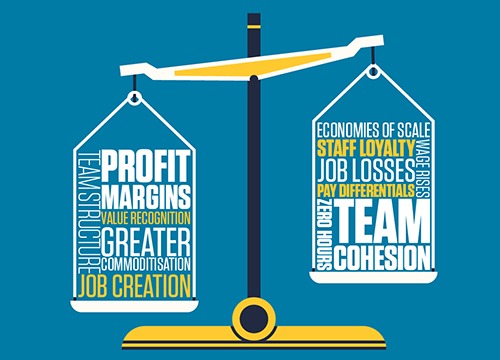 Will the introduction of a mandatory National Living Wage lead to job losses, erosion of earnings differentials and lost margins in the FM sector? Or could it mean less staff churn and a happier, more productive workforce? Graeme Davies assesses its likely effects 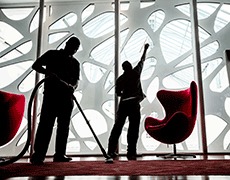 When the Chancellor of the Exchequer George Osborne pulled a political rabbit out of the hat last year with the announcement that the government was to adopt a 'living wage' for the lowest paid he sent shockwaves through the political establishment.


But Osborne's bold land-grab for the centre ground of British politics also sent a shudder through many industries, FM included, where wages for huge numbers of lower-paid workers now look set to rise sharply over the next four years.

Osborne argues that he is on the side of the working poor by encouraging their employers to up the minimum wage available from its current barely subsistence level to something more like 60 per cent of the average median wage in the country by the end of the decade.

The stunned Opposition, who were blindsided while distracted by leadership issues, countered that the living wage adoption was Osborne's way of trying to make the private sector lessen the impact of his proposed cuts to working tax credits. The truth is, as ever with politicians, probably somewhere in the middle. But nonetheless, Osborne's audacious political move has set some significant challenges for the FM sector.
Impact

Industries that employ large numbers of workers on relatively low wages such as hospitality and FM have been vocal in the concerns with companies such as pubs and hotels owner Whitbread, pub group JD Wetherspoon and FM specialist Interserve all talking of financial impacts running to £10 million-plus.

And one of the media's favourite punch bags when it comes to stories of low wages and zero-hours contracts, Sports Direct, was forced to announce plans at Christmas to stump up an extra £10 million to pay workers a living wage after founder Mike Ashley was depicted as some sort of modern-day Scrooge.

Approximately six million people in the UK - around a quarter of the workforce - are currently employed on low or minimum wages, showing how powerful the effect of a substantial uplift to the living wage could be across many parts of the country and the economy. For example, a report prepared by KPMG for energy company SSE when it introduced a living wage commitment into its contracts with suppliers in September 2013 estimated that minimum wage employees among its suppliers would benefit to the tune of £1,030 a year from the 2014-15 financial year, equivalent to a 10 per cent wage increase.

The uplift in wages from the current minimum wage of £6.85 an hour will be substantial. From April, all workers over the age of 25 should be paid a minimum living wage of £7.20 an hour and by the end of the decade this should have risen to £9 an hour. Some think this is not far enough, especially in areas such as London, where the cost of living is significantly higher - just this month Labour's mayoral candidate Sadiq Khan called for London's lowest-paid workers to be paid a living wage of more than £10 an hour.

Regional challenges
This indicates one of the potential impacts of the introduction of the National Living Wage from April - regional disparities. Companies operating in London already tend to pay higher wages than their peers in the regions, and the step up to £7.20 an hour could be more difficult to swallow for those who operate exclusively outside of London.

A recent survey by the Resolution Foundation showed that in cities such as Nottingham, Sheffield, and Birmingham employers will be hit harder in terms of the percentage uplift in wages than their counterparts in London. Resolution Foundation found that 28 per cent of workers in Sheffield would see a pay rise because of the National Living Wage's introduction - double the 14 per cent seen in London. In London, the National Living Wage will cause the total wage bill to rise by just 0.3 per cent, but in cities such as Birmingham it will rise by 0.8 per cent. 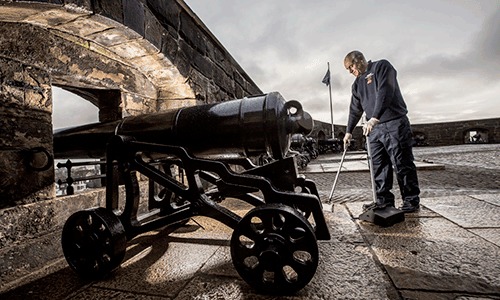 A welcome challenge?
But it has not been all doom and gloom from the FM industry. Some chief executives have welcomed the introduction of the living wage. Ruby McGregor Smith of Mitie, which has operations in both the FM many thousands of workers on minimum wage levels, said the move was "long overdue" and recently committed to paying employees on two new homecare contracts in London £9.15 an hour, the current 'London Living Wage' suggested for workers in the capital by the Living Wage Foundation campaign group.

Mitie will try to mitigate the impact for itself and for customers by offering more services and trying to win more contracts with existing customers, allowing for better economies of scale as the higher wages can be spread across more contracts. The irony of this support from Mitie will not be lost on the GMB union, or the workers it represents in South Ayrshire, who have been in dispute with Mitie in the region in an attempt to encourage it to pay a living wage to cleaners and janitors employed in five schools there.

This approach of seeking scale to combat rising costs will only work for some companies though, and only up to a point even for the biggest. But it does signify one of the ways in which larger companies may try to offset the impact of higher wages. It will not be so simple for smaller companies, though, where wages often make up a larger percentage of overall costs and turnover and who are also responsible for employing 52 per cent of those on minimum wages. Here, the pressure will be on to find more inventive ways of mitigating rising wage costs. This could include introducing more technology used by fewer, more skilled workers, which could result in more efficient working practices but also job losses. Or more skilled, and hence more expensive, employees could be sacrificed as contracts become more commoditised in an effort to maintain margins. 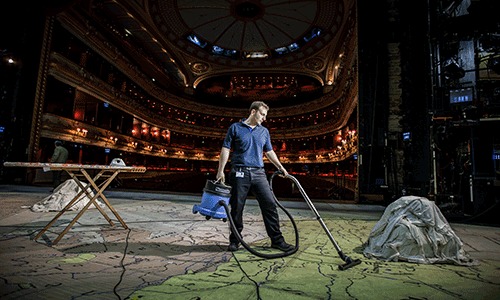 A 'sledgehammer'
Concerns have also been raised over the impact of the living wage on the wider jobs market. Some critics fear it could stall the momentum in job creation that has reduced the UK's unemployment rate to a multi-year low. Recruiter Manpower said it was "sending shockwaves" through the sector and would hamper job creation in the months to come. And even the Office for Budgetary Responsibility has said its introduction could lead to up to 60,000 job losses, with smaller companies hardest hit.

Independent body, the Regulatory Policy Committee, reckons that in the first year the policy will cost business around £1 billion in direct wage and national insurance costs and 'spillover' costs as employees higher up the wage scale are paid more to maintain wage differentials.

Another way in which companies can mitigate the living wage effect is by raising prices, which could inject some inflation back into the economy. But for sectors such as FM this is not simple, given the fierce competition for contracts and the stated ambition of some companies to mitigate the living wage by seeking out more contracts. Furthermore, companies who operate government outsourcing contracts remain under severe pressure to keep a lid on prices themselves and are unlikely to find much wriggle room. With the pressure most extreme at the local authority level, companies engaged in care work will find it most difficult to increase prices.

Productivity boost?
A recent survey suggested that nine in every 10 businesses in the UK feel the introduction of the living wage is a good thing and that it will improve productivity and also staff retention. Many companies have already embraced the living wage voluntarily, adopting wage levels suggested by the Living Wage Foundation, which are already higher than the proposed National Living Wage at £8.25 outside the capital and £9.40 in London.

For example, ISS FM introduced a living wage on some contracts as long ago as 2006. In a case study on FM work it carries out for KPMG, ISS reduced staff turnover by 40 per cent and improved productivity means the cost of delivering FM services across the contract is now lower than it was when the living wage was introduced.

The benefit to companies such as ISS and, another Living Wage Foundation standard-bearer, Aviva, is that they have had some years to bed down the living wage incrementally across its contracts. For many others, however, the living wage will have to be implemented in one fell swoop next year - putting increased pressure on costs in the short term. For example, Aviva reported issues among other staff members when the living wage was proposed for cleaning staff and it had to maintain the pay differential with their supervisors, resulting in a 4.4 per cent increase in annual wage costs for all cleaning staff.

A further example of a company where living wage commitments are baked in is care staff provider Penrose Care, which was formed in 2012 and started with a living wage commitment. Unlike many peers, Penrose has reported low turnover of staff, negligible sickness and the ability to recruit easily, offsetting some of the extra cost of the living wage. Being a new business, Penrose was also more able to adopt new technologies in its working practices from the outset, improving efficiency.

A level playing field
Now a level playing field is being created in terms of companies paying the National Living Wage and this might mean that those who took the plunge some years ago and have already absorbed the effects of the living wage within their businesses could find themselves at a competitive advantage in the short term. In the FM sector companies such as ISS are already tendering and winning contracts using a living wage workforce and therefore could find they become more competitive in terms of price, or more profitable in terms of margins, than those who are only beginning to introduce the living wage.

For a modern economy such as the UK's, most businesses and workers accept that a National Living Wage is a good policy. It brings the lowest paid closer to their counterparts in the other major economies of the European Union. There will be significant challenges for some companies and a small number will struggle to cope and it will, in some cases, lead to job losses.


But if it forces businesses to become more efficient and to encourage better productivity from their workers through better training, then it could prove to be a welcome boon for both employers and employees.


Businesses in the FM sector lean heavily on their human capital so will be among the most affected. In many areas margins are already dangerously thin, which means there will inevitably be a period of upheaval for some companies. But those who are best prepared and most willing to invest in improving the productivity of their workforces should ultimately benefit in the long run from more efficient and productive employees and lower turnover of staff. But the pressure will not let up to continue with such efficiency gains right through to the end of the decade and beyond.