Figuring it all out 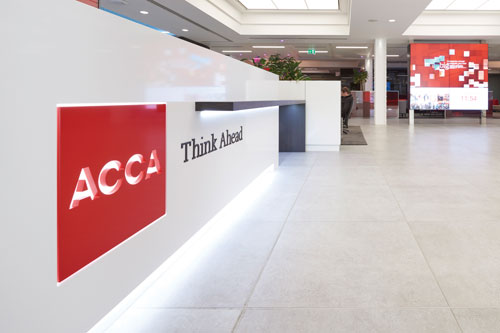 Global accountancy body the ACCA has sought to combine heritage with modernity - and a cohesive brand identity - at its new London headquarters. Martin Read reports.

At the end of last year, ACCA - the Association of Chartered Certified Accountants - moved out of the three Holborn offices that had comprised its London headquarters since the 1970s and into two newly fitted-out floors of the Adelphi Building in London's West End.

The move was designed to encourage collaborative working, with new flexible meeting spaces and a more appropriate level of technological support. ACCA's intentions were to give staff a world-class headquarters that combined its heritage with a modern business approach, reflecting 'the ethos of the organisation itself'.

The search for new premises lasted two years. ACCA members had an understandable attachment to their old offices, in particular those in Lincoln's Inn Fields, but with all space filled across its three London sites there was pressure to find a new single and central location with contemporary levels of flexible working and disability access.

The eventual trigger for the project was the impending expiry of a lease on its New Penderel House office which, says head of global business support Jan Lloyd, "drove us to think about our estate strategy".

"While we had three beautiful buildings, they had their challenges and we would have needed to spend a significant amount upgrading them with the technology we needed.

"We knew that we needed more space for collaboration. With our people split across 13 floors, many people didn't know each other, and getting everybody in one space means we can work far better in terms of our strategic initiatives."

For Jan Lloyd, an eventful Christmas period was followed by a first few weeks that have proved an exciting vindication of all that went into the move project. Here, at the end of the first month - has all the effort worth it?

"It has been an enormous success and I am enormously proud," says Lloyd. "My team worked hard over Christmas with the view that 4th January would be Day One for our staff, who'd be undergoing the three-hour Day One induction sessions we'd meticulously planned out. Our executive team were all here to greet people as they came in; there were health and safety and security briefings followed by tours of the new facilities."

FM consultant Simon Harding had coordinated with move management contractor Harrow Green, ensuring that the vast majority of personal items were unpacked by 4th January and put into individuals' personal lockers and cupboards, "so that when people arrived there weren't crates everywhere - and we'd give workers that initial 'wow' factor."

Says Lloyd: "Our move champions should take credit for the significant amount of decluttering; the amount we disposed of was significant, from books to papers and stationery.

Everything discarded was recycled, with nothing going to landfill - "quite an achievement," notes Harding.

And considerable effort was put into planning the move, with ACCA assigning 'move champions' for each of the new offices' new departmental neighbourhoods.

"We had a lot of face-to-face sessions and a massive communications plan which is still ongoing," says Lloyd. 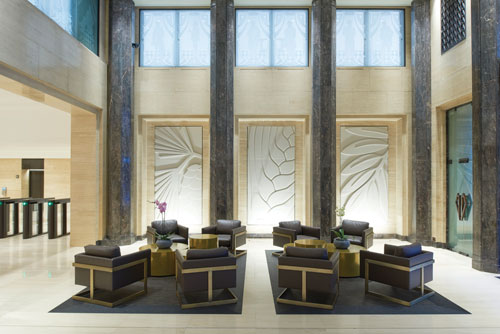 Different forms of space have been allocated across the two floors including quiet areas, soft seating and places where people can just go with their laptop to log on and work. ("We're trying to stop our people needing to book meeting rooms all the time," says Lloyd, "and it's working.")

Helen Thompson, head of corporate communications, explains: "Some of the teams are typically in every day, whereas others will be out on the road because of the business they are doing. This is why we went to agile working. We said to staff: 'you'll always have a desk - it just might not be in the same location. So please, go and use the space, go and mix - and let's change the way we work'."

The seven departmental 'neighbourhoods' were organised in advance of the move, with department managers involved as part of the communications plan and ACCA's London leadership team with designated move champions all in action at the same time. Only the legal and HR teams retain fixed locations.

Did the move project demand any shift in management structure - or even management mindset?

"Some of our senior managers had their own offices," says Lloyd, "but we found there was a general acceptance and desire from them to get out and work with and amongst their teams."

Visitors to the ACCA can now come through the Adelphi's main reception area on street side and up two floors - or alternatively, directly into the ACCA's own reception area via the Victoria Embankment Gardens entrance.

"One thing that was really important to us was to find somewhere with our own front door," says Lloyd. "So on any communication we now send out there is a little planner showing this as the ACCA's main entrance, and we have a lot of employees using it too." 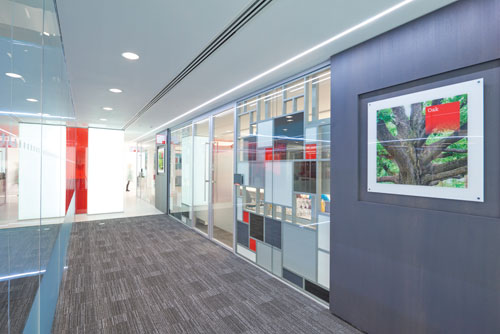 A new approach to FM

A significant factor in the move project was a simultaneous change in FM provider. ACCA chose the move to switch from a self-delivery TFM solution (one which included all of ACCA's London, Glasgow and Dublin offices) to one in which Shepherd FM is managing the building with a group of sub-contractor partners.

The change in FM structure resulted from an analysis of the new requirements; the use of one building rather than three, and one with other tenants too. Also, the three former freehold London offices had a lot of M&E requirements

Says Lloyd: "One thing we were keen to major on was the customer experience, whether that's our own employees, our visitors or anyone coming here. So we went out to the market formally last year, and Shepherd FM were ultimately successful."

Says Harding: "Shepherd have seen this as a partnership with us and a cultural fit and a behavioural fit at the same time, which makes a huge difference to the way that the service are delivered right through their whole structure.

The sub-contractor partners have joined with Shepherd "to make a one-team approach that also works very closely with the ACCA at the same time".

The same hours are being used for the cleaning operation as were operated in the previous offices, although at the Adelphi a housekeeper is now employed to work in conjunction with the caterers.

"We also now have floor captains as opposed to facilities assistants," says Lloyd, "with the intention that the floor captains are always working together. We've brought in an IT 'techbar' to help staff with any technology issues - and that's proved very welcome."

On the catering side, open-space and event space opportunities have increased, making the type of catering service offered become more important. Staff have access to a café and hub area, while the on-site kitchen is small because of the constraints of being in a Grade II listed building, with induction rather than gas cooking.

The ACCA has also moved away from on-site reprographics. Says Harding: "There isn't the space here, so we've taken it off-site - all part of the vision we have going forwards of using less paper."

The move to agile working has meant the introduction of agile telephony, and staff able to log in from any phone on site. Follow-me printing has also been introduced. "This helps with our information security standards and reduces the amount of paper we use," says Lloyd. "These are the statistics we shall be monitoring as we go forward. Already, people say they aren't printing as much any more."

Understandably, flexible working means more laptops and fewer desktop devices. An AV infrastructure built on the 100 miles of cabling link up the newly fitted telecoms infrastructure while a new intranet system, called Arthur, also fired up for the first time on 4th January. 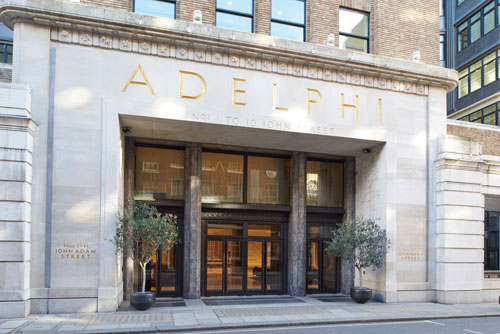 ACCA's brand team was also involved throughout the move project, feeding into the fit-out team and selecting the furniture solutions. The square ACCA logo is now a prominent part of the office design, influencing the choice of Mondrian-style panelling on doors and walls. Signage also references the ACCA logo style, giving the offices a consistent feel despite the great variety of workspace.

Although there's limited potential for the London move project to be replicated elsewhere across the ACCA estate, Lloyd expects the brand work in particular to set new standards.

"You couldn't replicate this in Malawi, where we only have three people," says Lloyd, "but we can apply the same brand principles in some of our bigger offices such as Shanghai or Beijing where we're now saying 'you don't need cellular accommodation - make it as open-plan and agile working-friendly as possible'."

ACCA exited its leasehold commitments to Lincoln's Inn Fields on 24th December, with the other two London offices now on the market. And it's interesting to note that other membership organisations representing financial professions have made major office moves in recent months. To what extent is there a competitive element to the reasons behind the move?

"From a global point of view there are other professional bodies so it is a competitive environment," says Helen Thompson. "Our aim is to be No.1 for our members and students; that is what we are working hard to do, and that's what this building is about."

As for the ACCA's staff now enjoying the new services at the Adelphi, they have more to look forward to.  The building falls into the North Bank Business Improvement Development Area to which, as a tenant, the ACCA now contributes.

Across the road on John Adam Street is the Royal Society of the Arts, also part of the North Bank BIDA. ACCA is already sizing up opportunities for the ACCA to work with the RSA and other local businesses in and around the Adelphi on events and services for its workers.

London (Greater)
Up to £47,276 per annum plus excellent benefits
Reference
59097
END_OF_DOCUMENT_TOKEN_TO_BE_REPLACED