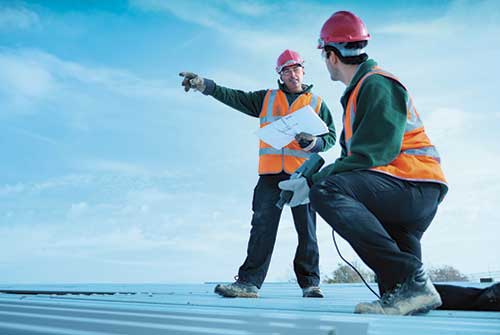 The government's apprenticeship levy is part of a bold plan that aims to raise £3 billion a year in order to fund three million apprentices across the UK by 2020. What impact will it have on facilities management, and is it addressing the right skills gap? Jamie Harris reports.

The last 12 months have seen significant developments in the government's ambitious push to eradicate skills shortages across the UK.

From April 2017, employers with a wage bill of more than £3 million (a figure equating to less than 2 per cent of employers) will have to pay a 0.5% levy to fund apprenticeships. The government expects to raise £3 billion a year through the levy, with each employer receiving an allowance of £15,000 from the government, offset against the levy fee.

Announced in the 2015 summer budget, the aim of the levy is to fund the development of vocational skills and increase the quality and quantity of apprenticeships. Government sees the levy as a principle tool in meeting its commitment to providing three million apprenticeships in England by 2020.

This isn't the first time that the government has developed schemes to increase involvement within the FM profession: a higher apprenticeship scheme in engineering environmental technologies was launched in 2013, with service providers - among them Mitie, Skanska and SPIE Matthew Hall - signing up.

The measures are set to ensure that apprentices make up more than 2.3 per cent of the workforce in public bodies in England, with an obligation on large government contracts to include a "clear commitment to apprenticeships". Prime Minister David Cameron is on record saying that a company's apprenticeship offer should be taken into account when public sector contracts worth more than £10 million are awarded.

The levy has been met with a mixed response from leaders in a number of industries. EEF, which represents manufacturers, described it as 'little more than a tax on businesses', while Justine Fosh, chief executive of the National Skills Academy for Food and Drink has argued that the levy's threshold ignores the necessary flexibility of catering and hospitality workers.

Carolyn Fairbairn, director-general at the Confederation of British Industry (CBI) says that the policy, when taken into account alongside the government's National Living Wage policy, will cost the economy around £9 billion a year by 2020.

"The UK needs to be able to grow its way out of the deficit," said Fairbairn, "but the danger of this rising policy burden is that it holds back businesses, particularly smaller firms."

The government's Sub-Committee on Education, Skills and the Economy has now launched an inquiry on how the government proposes to achieve its three million apprentices target, and "how this may affect the skills gap in the UK".

Iain Wright MP, chair of the Business Innovation and Skills Select Committee, says that improving the quality of apprenticeships and driving up the numbers of young people earning technical qualifications has an important role to play in improving the nation's productivity.

"What impact will key policies such as the apprenticeship levy have on increasing the numbers of people getting onto (and finishing) apprenticeship training? There's been a lot of uncertainty about how the apprenticeship system is going to work and we will want to press the Government on how they are going to ensure businesses, colleges, and students have confidence in the system in the future." 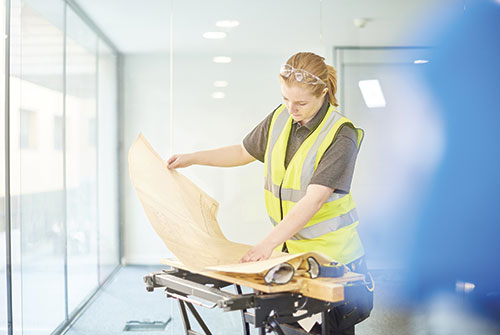 Linda Hausmanis, director of education at the BIFM, says that unless there is clear evidence that the skills gap within facilities management has narrowed as a direct result, the apprenticeship levy will not prove to be a success in FM.

"If, in a few years' time, we no longer hear that companies are struggling with a lack of skills, it will have been a good thing," she says. "but I would personally rather see a focus on quality of outcomes rather than setting a random target by which the success of apprenticeships will be measured."

Being an employer-led scheme, employers that contribute through the levy will have direct spending power (and smaller firms may also have access to leftover apprenticeship funds). The government's report, English Apprenticeships: Our 2020 Vision, states that surplus funds would be made "more widely available" to the industry.

Despite concerns over the government's plans, some FM service providers believe that the levy will go far to address the skills gap within the profession. While cautious about the impact of the levy at this stage, they are optimistic about the potential opportunities.

"We welcome the fact that that the levy puts employers in control of shaping their own apprenticeship provision. As an industry we need to ensure that existing and future apprenticeship schemes train people for the skills they need."

"The term apprenticeship as a 'brand' needs to improve dramatically if they are to be deemed worthwhile and valued by employers who, after all, are being encouraged to get involved in the development of them and also in actively taking on apprentices," she says.

"Most importantly, an apprenticeship must be a programme by which  individuals are developed to become employees of value and worth if it's to have longevity. An apprenticeship programme should be developed to ensure recognition in years to come and not just by the government of the day; without focusing on the long-term value and developing a consistent approach they run the risk of being criticised by employer and individual alike.

"We owe it to our youth to develop apprenticeship programmes with this in mind rather than these short-term fixations which could attribute to wasting either taxpayers' money or now employers' money."

In order to see through new legislation, meet its own targets, and approve new apprenticeship standards, the government is setting up an independent body, the 'Institute for Apprenticeships', which will be led by a small board consisting of employers and business leaders   who will ensure, the government claims, that "employers continue to drive up apprenticeship quality to the highest level".

Hausmanis believes that levy funds could result in lop-sided learning and development programmes within organisations.

"Companies use training programmes as a way of filling knowledge and skills gaps, which may not lead towards a certificated outcome, but does develop the skills of the workforce.

"If other training interventions are not included in company development budgets, the question remains as to whether there will be parts of the workforce which will not be developed because an appropriate apprenticeship (via the trailblazer) is not in place." 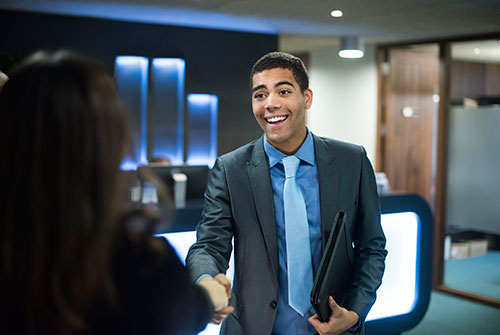 Ian Ellison agrees with Hausmanis that there are still negative connotations around the term 'apprenticeship'. The senior facilities lecturer at Sheffield Hallam University believes more needs to be done around educating people about the meaning of the word. (The government passed a law last summer protecting the term 'apprenticeship' to help ensure that it is recognised as meaning a career path "equal to higher education".)

Sarah Bentley, chief executive at Asset Skills at the time, explained that as the facilities management industry was (and still is) a fairly new industry, "young people don't yet tend to view the profession as a career option", offering a route into FM at a later stage.

Paul Wyton, principal lecturer in the Centre for Facilities Management Development at Sheffield Hallam University, and leader of its foundation degree course in FM, says that "there's a lot of talk about the growth of FM. With that, there is a variety of challenges, both about the growth and then the demand for more people with greater experience. There is a growth in international contracts - so how do you provide managers who are capable of leading these? There is a variety of skill sets that are needed for that, and currently there is not enough people who have those skills and can develop those skills."

There are plenty of good apprenticeship stories, and indeed Alan Russell, head of facilities management at Heathrow Terminal 5 and reigning BIFM Facilities Manager of the Year, started out by undertaking a four-year engineering apprenticeship scheme with the business (at the time known as BAA).

Wyton says that he is now having very different discussions with employers about formal arrangements for FM higher apprenticeships.

"Organisations are coming to us wishing to give school leavers a clear pathway to managing director," says Wyton."

If you've got the willingness, the capability and the drive, there can now be a way to do that. The [apprenticeship] levy means more and more people are asking to make the most of the opportunities that it brings. It targets both aspiring and existing managers, from whom businesses are now demanding formal qualifications." 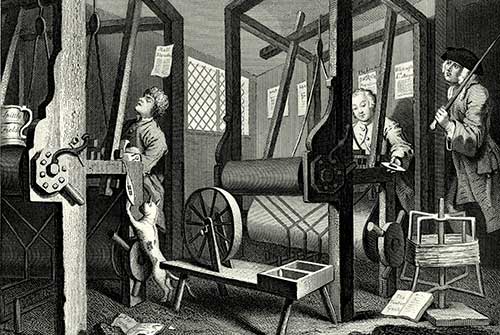 A brief history of apprenticeships

1563: The Elizabethan Statue of Artificers 1563, an Act of Parliament, requires workers to undertake a seven-year apprenticeship to be recognised as a skilled workman.

1814: Compulsory apprenticeships are abolished. New trades introduced as a result of the Industrial Revolution called for more flexibility within the system.

1964: UK Industry Training Boards sets up to ensure training quality is met, and to share costs among employers.

1994: The government introduces "modern apprenticeships", set out with an apprentice framework. The frameworks are managed and implemented by the Sector Skills Council.

2008: The first National Apprenticeship Week is launched. A quango ensures that apprenticeships would be a mainstream option for 16 to 18 year olds.

October 2014: The government outlines proposals to simplify and boost the national minimum wage for apprentices to make apprenticeships a more financially attractive route for young people.

December 2014: Chancellor George Osborne announces the abolition of NI contributions for employers on earnings of apprentices under the age of 25, effective from April 2016.

November 2015: BIFM's director of education Linda Hausmanis says that the apprenticeship levy should be used "as a lever" to improve the quality of apprenticeships.

January 2016: Skills minister Nick Boles launches a consultation on apprenticeship measures, which include the target for 2.3 per cent of the workforce in public bodies in England to be made up of apprentices. apprenticeships'.