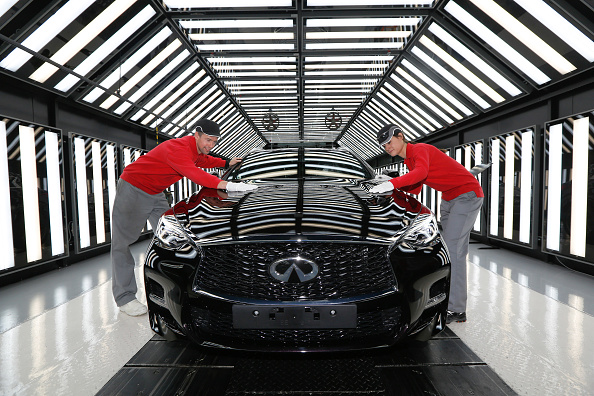 Maintaining high-quality goods or services to the customer is the fundamental goal of any industry, and as consistency in service and operation is the sine qua non of FM, could it also be key to delivering quality management? asks Nick Martindale.

At its heart, FM is all about delivering a safe and comfortable working environment for employees, which, at least in theory, feeds into other good things such as engagement, motivation and productivity. It's a similar raison d'être to another organisational function in the form of quality; at least where such a department exists.

At its heart, FM is all about delivering a safe and comfortable working environment for employees, which, at least in theory, feeds into other good things such as engagement, motivation and productivity. It's a similar raison d'être to another organisational function in the form of quality; at least where such a department exists.

"We would argue that quality needs a voice in all organisations that have the customer, consumer or citizen at the end of their processes, so there should be someone fulfilling a role that keeps the business fully focused on satisfying those needs."

FM certainly has a degree of overlap with quality, notably the fact that both functions fundamentally revolve around people.

"FM is about how people apply smart systems and quality management is exactly the same," says Alan Newton, director of ChangeStone Business Consulting, now part of Key Facilities Management. "Quality is about making sure that people do things in a consistent and measurable way, so when you get out-of-line situations you can work out what went wrong, how to correct it and make sure it doesn't happen again."

The problem is that in reality there is often little overlap between the two organisational silos.
"Where I have seen both in an organisation, the quality area seems to be much more focused on the processes in the organisation, particularly manufacturing, while an in-house facilities manager will generally be more concerned with the built environment," says Steve Dance, managing partner at Risk Centric.

FM service providers often have more in common with quality functions, he adds, as a result of the metrics that are imposed around service delivery.

Where the two do meet, relationships can be strained; often because FM may feel it is being inspected or assessed by quality. "Nobody likes the policeman in life and if you have a separate function that's got that label that's effectively what they are," says Stan Mitchell, CEO of Key Facilities Management.

"It's very easy to criticise and critique, but it's 10 times harder to deliver it, and do it consistently."

Brian Court is head of FM at Community Solutions, part of Morgan Sindall Investments Ltd. He believes FM professionals can feel intimated by their peers in quality.

This can also stop FM asking quality for advice at an early stage on projects, he says, which can cause issues further down the line. 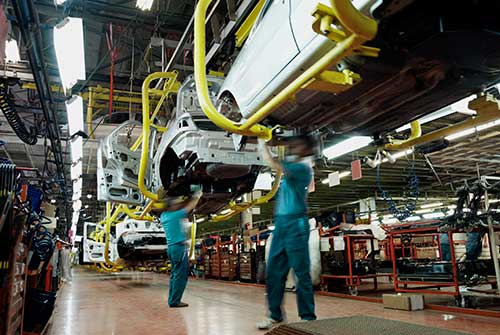 He believes the solution to this is for FM to gain chartered status, and believes the growing professionalisation of the industry is already having an impact on a new generation.
"People coming through now are going to be less intimidated and more confident because they're working within a professional organisation like BIFM, so they will grow up with that, take the exams and work alongside other people, and that will improve their confidence," he says.

This is just as well, as there is a large amount that FMs can learn from their quality counterparts. Mitchell, for instance, points to the need for FM to take into account subjective measurements of success, as well as hard and fast metrics.

"To ensure that the quality is built into what you do as an FM, you have to be far more aware about not whether something is working or not, but the perception of whether it's working," he says. "That's a people thing. In my experience there are lots of FMs who don't see their job that way. They tend to be from different disciplines that tend to measure in black and white, but for me FM is all shades of grey."

Linked in with that is the idea of continuous improvement; something Dance believes can filter through into tangible differences in how services are delivered in the long term.

"FM can learn quite a lot from the plan, do, check, act approach to any process," he suggests. "It's about understanding things like preventative maintenance and finding the most effective way of doing that, so when you work on something like air-conditioning you're not reworking it once it's been done but getting it right first time. It's understanding what you may have been doing wrong in the past which you can do better today, and allowing that to filter through to the bottom line so you're actually doing more with less."

This was the approach Newton took when working at buildings materials firm Coflex.

"We took a process approach to managing the business, as opposed to managing the FM service delivery," he says. "So we just built some very simple process models, based around bid, win, do, bill, and kept it simple so people could actually relate to what we were doing. We actually mapped what we did, rather than what we thought we should be doing, which is all the basic good rules of putting a quality management system in." 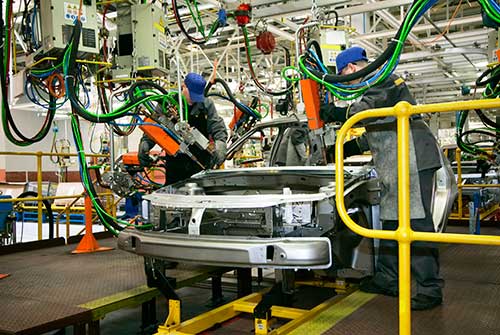 Turner also believes that FM can learn from quality, particularly around the management of external suppliers.

"With FM, there is quite a lot of interaction with external organisations and that can create a unique concept; I call it "quality at arm's length," he says. "You can't abdicate the responsibility for quality; you're just paying someone else to provide you with that service. The quality profession has done a lot of work around how you build up strong business-to-business relationships that facilitate delivering quality through third parties, so FM can learn a lot from that."

The development of the new FM standard ISO 41000 (see box) - expected to be published in 2018 - should help FM practitioners think more along the lines of their quality counterparts.

"If you use these standards properly they have written into them a lot of very good management principles that can deliver real value to the organisation," points out Turner. "It's important that both regulated, standards-dependent functions like FM and quality can share the knowledge, experience and better practice of getting value out of this form of compliance, so it's not see as a cost but as a value."

He says there is a case for bringing FM, safety and quality standards into a single business management framework that would cover all three aspects.

Newton believes the new standard should help FMs bring together the different elements of their role - encompassing asset management, services and overseeing third-party relationships - and better integrate with other elements of the business.

"We need to build up a base set of standards that deliver good practice, and get rid of the people who cut corners," he says. "That's where quality management and the FM really come together, in building safe operating systems and having consistency in the approach."

Quality can also help FM here, adds Mitchell, by ensuring it can keep up with changes in standards to ensure processes and behaviours remain valid.

"It's like the Forth Road Bridge, where you had to paint it and when you got to the end you had to start again," he says. "So they can give people benchmarks against which to measure performance, but they're only good when they're maintained as relevant. That's where I would see a quality function having a real role to play, in a supportive rather than a policing capacity."

In the longer term, the ideal model, believes Mitchell, would see the concept of quality built into FM rather than existing as a separate function. "FM fundamentally is a customer service business so if you're going to succeed in that role, quality has to be part of the make-up of that function and of any individual within it," he says.

"Where you see a quality function that's a separate department, that's where they become the policeman, and I'm not convinced that that's ever positive," he adds. "If you can rotate that role within a team, you're beginning to self-audit and self-check compliance and quality of service. You're achieving your objective, but you're also enhancing and training your individuals to become more aware of some of the nuances and measurements that they might not initially see, but their customers might." 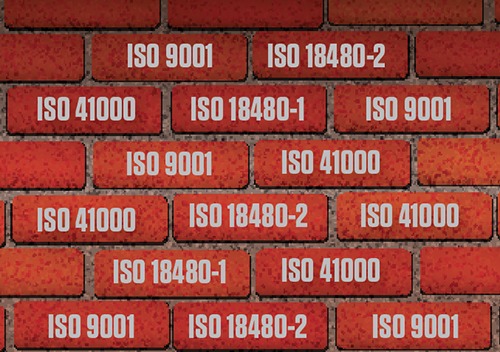 The new international standard for facilities management, currently under development, will outline a structure and framework for the practice of FM, as well as specifying organisational processes and key skills and competencies.

Back in of last year, ISO 41000 was heralded as a big step forward for the industry.

"The new standard will provide global consistency to the delivery of FM services and help to harmonise their specification and management," said the then BIFM CEO Gareth Tancred.

"The economic and social benefits will be considerable in terms of the raising of standards of our facilities and services globally, ensuring we reach even higher levels of efficiencies."

Alongside this, two technical standards for facilities management - ISO 18480-1 and ISO 18480-2 - are also being developed, which will provide a framework for agreements between service providers and their clients.

Existing quality and environmental management standards ISO 9001 and ISO 14001 were updated in 2015, including changes around the context of the organisation, risk-based thinking and leadership/commitment.

ISO 9001 also includes a new clause around post-delivery activities, which could see FM feeding back information to architects around building design. "The same thinking applies to the FM company which may commission various trade contractors on behalf of their clients, and may also impact on decisions about recycling and final disposal," says Mark Woods, managing director of Statius Management Services.

London (Greater)
Up to £47,276 per annum plus excellent benefits
Reference
59097
END_OF_DOCUMENT_TOKEN_TO_BE_REPLACED