Lord Carter of Coles' NHS review set out to show how savings could be made through collaboration and standardised FM procurement procedures. Nick Martindale asks those on the ground whether this vision is realistic or just a pipedream.

Eight years on from the financial crisis, the NHS remains under enormous pressure to cut costs. In the 2015 Spending Review, the government announced its intention to find annual efficiency savings of £22 billion by 2020, on top of an estimated £20 billion worth of cuts already delivered between 2009 and 2015.

Central to this is the Carter Review, which reported in 2015, and outlines how an estimated £5 billion could be cut through better procurement and more effective use of resources. FM plays an important role here; Carter believes that about 14.5 per cent could be shaved off the cost of service provisions if NHS organisations moved to the "average efficiency of their peers". Cleaning alone could account for £10 million of savings, he says, with energy contributing a further £12 billion and laundry £4 billion.

Doug Ritchie, business development director at Serco Health, questions some elements of the Carter report, particularly the Estates Return Information Collection (ERIC) system it uses to derive industry norm figures, but believes the essence of the report will help trusts.

"Over the next 18 months there will be a revision to ERIC, but there will be a huge drive from the clinical side and the directors of management to make sure they can compare themselves with other trusts, which will mean they will have much cleaner data and a much better view of what the costs of FM are," he says. "Once they have that then Carter becomes quite powerful in terms of being able to compare like with like."

Finbarr Murray is director of estates and facilities at East Kent Hospital University Foundation Trust. His hope is that the Carter report will help suppliers and providers think more strategically about offering better rates in return for volume purchases; something he says has been lacking up to now.

"We did a pilot with one of the big building merchant suppliers, thinking that if we aggregated what we got from multiple suppliers we'd generate some savings," he says. "We did it for six months and there really wasn't anything in it, which was disappointing. I hope the Carter work will move that on, if we were able to do that on a bigger regional scale, because that's what's missing."

Not everyone is so enamoured with the Carter Review.

"Facilities managers are some of the most sophisticated and well-trained managers in the NHS and this is treating them like children," says Roy Lilley, a former NHS trust chairman, who currently writes the NHSmanagers.net blog. He's broadly supportive of the idea of benchmarking, as long as it is comparing trusts of a similar size, but questions the ability to really deliver value through larger contracts, apart from in areas such as energy.

"The NHS is too big to buy locally but not big enough to really pull it off nationally like Tesco can," he says. "I was a big fan of the procurement hubs, and hospitals made some huge savings by getting together locally, but they seemed to disappear."

Mike Cant, chairman of Larch Consulting, also believes the Carter report places too much attention on individual line-item costs rather than questioning the fundamental setup around how goods and services are sourced, and challenges the role procurement functions play.

"The big issue is to have the infrastructural support reflecting what is needed on the ground rather than going through a massive gateway," he says.

"Some years ago there was a major shift in government policy that interceded procurement into the middle of it, but actually that creates a divide which prevents the supplier supporting the user, and understanding fundamentally what they require," he adds. "The first step is to get a re-engagement between those who actually do the work on the ground and those who are providing support to it." Such a setup would allow facilities managers and property professionals to forge closer links with medical professionals, he adds. 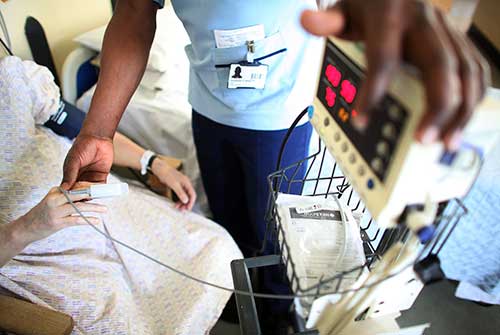 The rise of inter-provider working

The emphasis around cost cutting in the current climate has stifled the ability of FM to come up with innovative ways of working with suppliers, says Murray, but there are still some opportunities.

"Potentially the biggest gain in terms of the soft FM opportunity is inter-provider working, so partnering with other NHS organisations locally to maximise what the FM provider can bring to the table across a geographic region," he says. "The second part is extending that to other public sector organisations in the same region or geography."

His own organisation is starting to explore this with Kent County Council, he says, around both the sharing of back-office functions and also ensuring property is used effectively.

This latter element is the main focus for NHS Property Services, which was set up in April 2013 to improve how the NHS used its estate, and dispose of elements which may no longer be needed. It currently operates around 10 per cent of the total estate, says Dennis Markey, chief operating officer, mainly in primary care, and has so far cut around 2,200 contracts down to about 20.

"The key to making this work is getting the health professionals to think wider than their historic own estate, and whether a building would be better served for another use," he says.

Markey also believes that this is also where the real potential for the FM function lies.

"The next step for FM is really around this strategic estates planning," he says. "FM is really important but it's seen as bogs and boilers. I see FM and asset management fusing, and FM as FM disappearing."

This could also extend to thinking about where NHS buildings should be located to best serve the local communities, he adds, as well as how the environments can be designed to ensure that patients are able to recover quickly, in the same way as the design of an office can help to boost productivity.

Yet the realities of releasing underused buildings are often complicated, says Cant.

"Carter talks about reducing the footprint, but if you have a hospital site and divide it into four you can't just sell off the top right-hand corner," he says. "It's very difficult to make a disposal if the redundant asset sits in the middle of the site and is landlocked on all sides. Carter is a bit of a pipedream when it comes to disposal of assets."

Nor are the economics always as favourable as they might initially appear.

"Most trusts that I know have a portfolio of estates that was built many decades ago but, apart from the big London or metropolitan trusts, the asset values are quite low," points out Murray. "Even releasing land for residential development isn't that easy to achieve, given that the land value is relatively low and that you have to get out of that rebuilding the service somewhere else."

There are practical issues, too - namely that significant amounts of cash are now needed to restore ailing Victorian or Edwardian buildings.

"It's a bit of a vicious circle; you're non-complying through the physical limitations of the site but equally you don't have the capital to rebuild that site to be able to comply," adds Murray.

Providers, though, may be able to increase their own influence, after some high-profile FM contract failures. Ritchie believes the market is now moving towards more of an outcomes-driven model and away from a system where providers are overwhelmed with having to demonstrate inputs.

"There are now much fewer measures but we're measuring the things which align to the board such as satisfaction," he says. "So if the food isn't good, then the provider could get hit with a substantial financial penalty or action. That has simplified the amount of things that are measured, and means we can all focus on doing the day job rather than running around collecting data."

In the longer term, he believes providers could influence other areas, helping trusts to manage bed allocations or A&E waiting systems, as well as inputting into estates strategy.

"What customers are looking for from the market is changing," he says. "NHS organisations are not just looking for cleaners, caterers and porters; they're looking for people who can help drive efficiencies out of the system. I would call it FM+."

He estimates that around 40 per cent of FM in the NHS is currently outsourced, but predicts that this will rise closer to 60 per cent once NHS bodies have digested the impact of the Carter review. 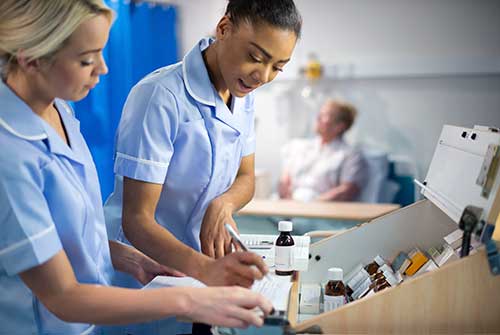 But Markey believes that FM providers need to raise their game if they are to remain relevant in the modern NHS, particularly in the wake of Carter.

"We have thousands of contracts and I'm in the process of rationalising them," he says. "I thought the market would detect what I was doing, which was effectively seeking to extend some contracts and in some instances to negotiate an early termination date, but they didn't.

Even national providers have different managerial teams, Markey points out, and often subcontract elements outside their organisation, creating what he describes as "margin upon margin".

NHS organisations, too, need to adapt to the new realities and look to work outside their traditional silos, says Murray. "We're being asked to deliver the same or more for less and that's becoming really difficult because a lot of the opportunity was taken in the last 10 years, and I can't see another equal amount of opportunity in the next 10," he says.

"The only way is for the NHS to start thinking about less fragmentation in terms of its providers and about aggregating across different providers and geographies, rather than individual organisations doing their own contracting in different timeframes with different costs. That certainly isn't going to help the overall NHS budget."