The National Trust aims to cut energy use by 20 per cent and is investing £30 million into schemes to derive half of its energy needs from renewable sources by 2020. Carolyn Cross reports.

Energy efficiency is one of the top objectives for organisations looking to boost their sustainability credentials. It helps to reduce dependence on diminishing fossil fuels, cuts damaging carbon emissions, and acts as a buffer against the risk of supply shortages or price hikes.

Energy efficiency is one of the top objectives for organisations looking to boost their sustainability credentials. It helps to reduce dependence on diminishing fossil fuels, cuts damaging carbon emissions, and acts as a buffer against the risk of supply shortages or price hikes.

For businesses struggling to reduce margins, energy prices still have a large impact on costs and, as new global markets add to the demand for power, price rises are likely to continue an upward trend. In this climate even low or no-cost energy-efficiency initiatives can have a positive impact on budgets.

The choices for businesses looking to implement schemes are vast, ranging from the simple switching off of lights to large on-site generation projects. Every action contributes to the UK's target to cut carbon emissions by 34 per cent by 2020.

One of the best-known organisations in the UK - the National Trust - has opted to take things a step further, pledging to cut carbon by 45 per cent, based on 2009 levels. Along with reducing energy consumption by 20 per cent, it is investing £30 million into a programme of renewable energy schemes to secure half of its energy from its own renewable sources by 2020.

The National Trust's national energy adviser, Kirsty Rice, spoke at the Energy Efficiency seminar theatre at edie Live, an energy, sustainability and resource efficiency event, held on 17-18 May at the NEC Birmingham.

Rice says switching to renewables is not the only answer. "For me, the priority will always be to reduce our impact before making a change. In other words, we would want to reduce our energy use before we considered switching to another form of technology. If we simply moved over to solar or wind we would continue to use the same amount of energy, and we might find we were using it as inefficiently as before."

Although one of the drivers behind the trust's ambitious strategy was to reduce the £6 million that the organisation was spending on heat and power each year, savings are measured in kilowatt hours (kWh) units rather than financial terms. Rice explains: "Obviously, saving 20 per cent of our energy usage in 2009 will have a fantastic cost implication, but we have taken the principle that cost isn't our only driver; it is our overall impact that we want to reduce." 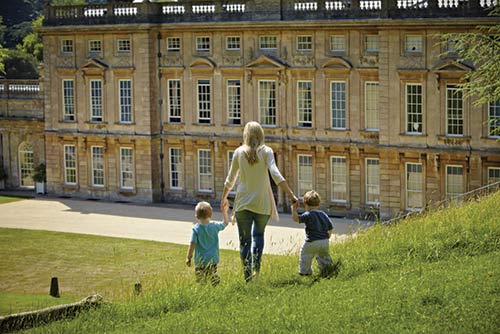 The trust has been uniquely placed to see the impacts of climate change at first hand. As a result, although Rice is clear that any choices made need to be genuinely cost-effective, the trust has a strong commitment to reducing its own footprint, while educating wider stakeholder groups.

Rice says: "We are the largest land-holder in the UK. We have access to a lot of buildings and landscapes, and can directly see the impact of climate change on those. When people think of the National Trust, they think about our buildings, but as part of our carbon responsibility, they are quite a small element. A lot of the carbon is stored in our landscapes, in our trees, or in peat land.

"We are prone to more freak weather now, and our guttering, for instance, can't cope with that because it was built for very minor, regular rainfall. We see such dramatic rainfall in a number of hours now that it overflows and potentially comes through our roofs or windows.

"We manage ancient woodland that has been grown over hundreds of years, then suddenly been knocked down by freak storms. So we are really fortunate in having a director-general who understands this and sees that what we do now has an impact on the future."

While managerial support may occasionally be in short supply, FMs are keen to embrace energy efficiency. In 2014, the National Energy Foundation report, FM Professionals' Expectations And Experiences Of Improving The Use Of Energy, found that three-quarters of those surveyed considered improving the use of energy as a 'top 5' organisational priority. However, monitoring was a major obstacle and, even where metering is recorded, almost a third of respondents do not compare energy performance over time.

Rice agrees that this was a common issue, and one that the trust had had to address before it could implement any radical overhaul. She says: "When we started in 2009, we had no idea how much energy we were using and we were paying for meters that we didn't own. All of our properties now input their own meter reads, but this is just the beginning of the journey to engage properties in starting to think about a link between what the meter says and how much energy they are actually using on site."

When the trust set out to address its energy use, every property in the portfolio - mansions, holiday homes, cottages, catering and retail - was audited. Twenty of the largest estates were judged able to achieve a cut of 15-30 per cent, so the overall target was set at 20 per cent.

With such a diverse portfolio to account for, deciding on a practical strategy would seem a daunting prospect. Rice says that an open mind is essential.

"People naturally assume that we have more challenges than others because many of our properties are listed. However, if you approach with the premise that this building can still have changes made to it, but within the constraints of a historic building, then we could still install draught proofing, secondary glazing in office areas, loft insulation, and other things that aren't visually too impactful. And then we look at the heating system - how old is the boiler? Are the controls set correctly?

"There are more and more opportunities arising as technology develops. Typically, we have wanted quite aesthetic lighting, so we have found it difficult to replace the candle bulbs in our chandeliers because until recently LEDs haven't provided the right look. But that is changing." 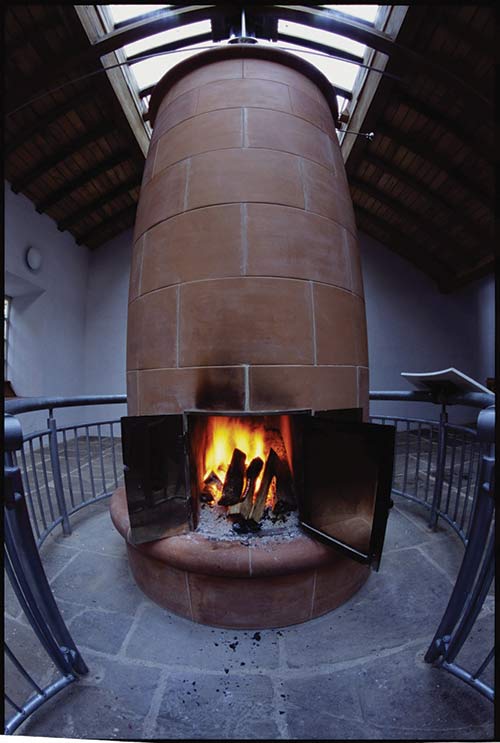 The next step has been to look at on-site generation, using an impressive array of technologies from 'grow your own' micro and small-scale energy schemes using wood fuel, solar, heat pumps, hydro and wind, to 50 wood-fuelled boilers in larger properties.

According to Rice, the decision was less difficult than it might appear. The monitoring exercise identified sites that were using large amounts of oil, LPG or electricity and, with this knowledge, the trust was able to tailor a programme focused on the top 40 sites.

She says: "We knew that if we replaced 40 oil boilers we would already be most of the way to achieving our targets."

At Croft Castle in Herefordshire, the existing oil heating system was replaced with a biomass boiler. As well as reducing the risk of contamination from oil leaks, the renewable system has cut heating bills by an enormous £6,000 a year, and saved 52 tonnes of CO2 equivalent.

Another oil-based system, at Dyrham Park in South Gloucestershire, was guzzling 4,000 litres of oil every week - 4 per cent of all the oil used by the trust across the UK - to heat half of the mansion house. A clean, green, biomass boiler capable of heating the whole house will power the new system. Instead of relying on oil, it will run off locally sourced woodchip.

Rice's personal favourite is Gibson Mill, in Hebden Bridge, which operates completely off-grid, with no access to mains electricity.

Rice says: "It doesn't use any fossil fuel either, so all its power comes from hydro, solar PV, solar thermal and biomass. It operates within its own boundaries as an individual property and can run a full service when everything is running. But if, for instance, the water level is not high, or the Environment Agency has asked staff to shut off the hydro scheme, then they have to offer filter coffee rather than a nice cappuccino!"

As advice to FMs exploring the potential for on site generation, she says the starting point is to decide whether to prioritise heat or electricity.

"That will take you back to the question of how much energy you use, and to what purpose. Then there are physical constraints: if you consider something like a biomass boiler, will you need a separate building for it, or can it be accommodated within your existing infrastructure? Will you need to store fuel elsewhere? And if you choose solar, you need to make sure you have a southerly-facing roof. So once you come up with your preferred technology options, you still need to make sure you have the right orientations or dimensions."

Looking to what is needed to drive change faster; Rice returns to the theme of leadership.

"If our director-general wasn't saying that it is important to do this, then we would get distracted and do other things, that is just human nature. So the key message there is that our leaders show us that it is the right thing to do."

And as the trust expands its scheme to produce green energy for its partner Good Energy, it is clear that, whether investing in a hydro scheme that provides an income stream to support conservation worker replacing an inefficient oil boiler with a biomass system, the Trust is not just generating efficiency, but genuinely cementing its place for the future.