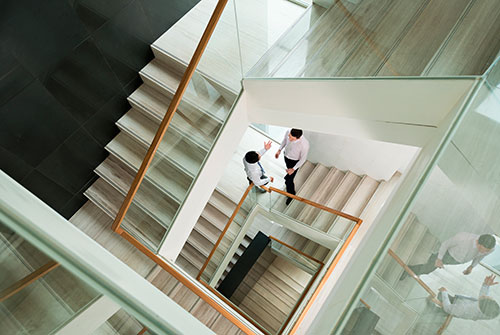 The latest version of the Investors in People standard focuses on high performance through employee engagement across all departments in an organisation. With so much of FM linked to empowering people, it's a compelling message. Martin Read reports

"Put your people at the heart of your vision and they'll use their talents to achieve it."

So says Paul Devoy, head of Investors in People (IIP). Why then is IIP not more routinely adopted, and how do those organisations in FM who have long appreciated its value use the standard?

Routinely adapted during its thirty year lifespan, the latest iteration of IIP - version 6, launched last year - is described by practitioners as a 'complete transformation'. Lorna Fairbairn, who worked at John Laing prior to its acquisition by Carillion and now works as an accredited IIP practitioner, traces her interest in the standard to her days at insurance group Guardian Royal Exchange. Fairbairn sees the latest IIP iteration as a huge step forward.

"With version six of IIP it's now a tool to assess an organisation's performance against its principal ambition; its declared intention about what it's trying to achieve. It's moved away from the perception of it being an HR departmental box-ticking exercise to be a top-to-bottom, warts and all assessment of business improvement."

It's also more explicit around an organisation's values and their promulgation: are leaders and managers inspiring people? Do people feel motivated and engaged? IIP version six is about the structure and the nature of work; is it enjoyable? Is there sufficient variety?

What's important, says Fairbairn, is that IIP practitioners now add value by having detailed conversations with an organisation's senior management teams at the outset, assessing their 'maturity levels' against a range of indicators.

Once senior management have been assessed, employees across all aspects of the firm's operations are variously interviewed or observed in their work, as assessors gradually piece together 'heat maps' to indicate any areas where performance is below par.

Although the main aim of Investors in People is for organisations to be wholly invested in the standard, some - including FM service providers - are accredited to IIP only for specific business units within the overall corporate structure.

Outside of FM service providers, Fairbairn points to organisations in academia - she mentions Reading University and Lady Margaret Hall at Oxford University in particular whose estates and FM departments - large, quasi-autonomous entities with their own distinct staffing and budgets operating separately to the core business - have opted to accredit themselves to IIP.

For smaller firms, IIP's structured approach can be revelatory. But Fairbairn concedes that larger FM service providers can struggle to implement IIP across their total workforce when so many of their personnel operate solely on their clients' premises. Working to your company's own defined culture in a way measured by IIP can be difficult when you're meant to be representing that of another.

The problem for FM service firms is the scale and complexity of contracts, says Fairbairn. "How do those firms make sure their own staff, working on behalf of clients in those clients' schools, libraries, or whatever, and thus working to the objectives of the client, also attach to the vision of the firm that employs them?" 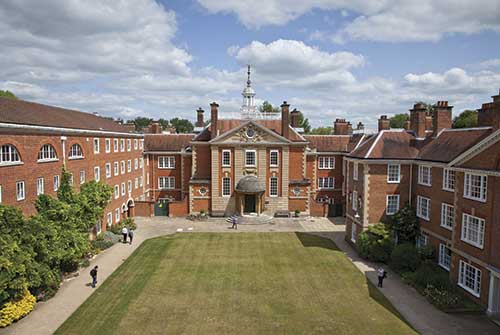 Competitive advantage?
For the smaller FM suppliers with IIP accreditation, those running the companies invariably eulogise about it. Wendy Bartlett, CEO of caterers Bartlett Mitchell, suggests IIP gives them a competitive advanatge in their market. "There is no question that achieving IIP status gives companies more credibility and a competitive advantage with existing and prospective clients," says Bartlett. "An IIP accreditation gives FM providers a different platform for dialogue with clients. It offers an external independent endorsement for what we do and gives our customers and clients additional assurances beyond any claims we may make of ourselves."

Refrigeration maintenance providers McFarlane Telfer is another whose accreditation to IIP is in large part the result of an enthusiastic company principal. Managing director Chris Craggs openly admits to having the "zeal of the converted" about IIP, although using it for competitive advantage is far from his thoughts.

Craggs sees his firm's IIP accreditation entirely through the prism of ongoing business improvement, not marketing. McFarlane Telfer's IIP accreditation is the result of Craggs' own focus on emotional intelligence in general, the result of his own attendance of an emotional intelligence course when he began realising the impact of his own behaviour on employees.

"Let's face it, in FM we're a grudge purchase," says Craggs. "Nobody really wants us when we go on to a client's premises, it's usually in order to sort out a problem and you're likely to encounter stressed people. So we've got to ensure our people are equipped to handle both the task and the aggravation they're likely to face. The emotional intelligence course I went on was a lightbulb moment for me, and it's since been transformational for my staff too. It gave us  the vocabulary and license to speak and say that, actually, this focus on our people is crucial."

IIP, says Craggs, is the logical route take go once you've decided that, with so many face-to-face interactions between your employees and your customers, how they deal with people at all levels can be a decisive USP.

"In our field, and in FM generally, what we do is 100% about the people. If they're neither trained nor equipped to do the job, nor engaged in the organisation they're representing, then your organisation is in trouble, full stop.
Conversely, if you're good at all of that then you'll wipe the floor with the competition, again full stop. And I just don't know why others can't see that."

McFarlane Telfer has since gone on to win the IIP's national award, its accreditation seen as a major contributor to the firm's 2015 BIFM Awards success (see FM World, 3rd December 2015).

Additional assurances
Wendy Bartlett agrees that IIP accreditation can be a boost for employees, giving them the comfort of knowing that they work for an organisation which invests above and beyond some of its competitors. "This can only aid engagement and, in turn, productivity in the workplace," says Bartlett. "Clients will recognise the impact this will have on their services and know that this has been substantiated. "Clearly there are cost implications but we saw this as a sensible and sustainable long-term investment in our people and systems.

Bartlett sees IIP as a tool to measure the efficacy of its processes and systems, with added value as an internal benchmarking mechanism.

"In one contract, as part of a regular review of our processes, we used the IIP framework to act as a benchmark against usual KPI's set for us by our client," says Bartlett. "We measured our score pre-IIP and saw a marked difference in performance after we went through the process to secure our recent Gold accreditation (Organisations accredited to IIP are ranked as bronze, silver, gold or platinum performers.)

"Any progressive business will use new ideas and methods to ensure continuous improvement of its systems," says Bartlett. "And IIP is a channel that we have found very useful." 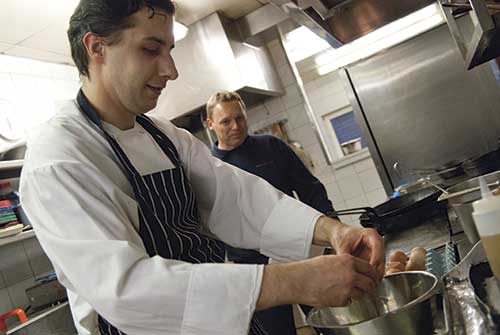 Transformation engine
The key to maximising an investment in IIP is to recognise at the outset its focus on the overall business, says Lorna Fairbairn. Chris Craggs agrees that IIP can too often be seen as the preserve of HR, given to that department as a project by an MD "who's not understood it as the mechanism for business success, but just a badge."

It's also worth debunking any concerns about excess bureaucracy. Says Fairbairn:

"At no point does the standard talk about having a piece of paper for any process. It talks about the organisation's visions and values, and the extent to which they are understood and put into practice.

The standard struggles from a low profile, with practitioners decrying how IIP centrally is not good at letting people know about the IIP brand. But Fairbairn hopes that this is set to change.

"The standard has evolved to recognise that we're in the 21st century. It used to look at individual management strata in isolation, but now it's far more fluid and looks at people's performance at all levels of the business.

"With version six it's all about what you as an organisation are seeking to achieve. What is it you want to achieve? And how can we help you to achieve that?"

What is Investors in People?

The scheme was first introduced in 1991, run by a non-departmental public body, Investors in People UK.

IIP was originally connected to the government's Business Link network

This latest IIP framework focuses on three key areas: leading, supporting and improving. Within these areas sit nine performance indicators based on the features of organisations that consistently outperform industry norms

Organisations are assessed against these indicators using a performance model made up of four levels: Developed, Established, Advanced, High-Performing

As a minimum, an organisation must meet all nine indicators at the base 'Developed' level

An online-only assessment option requires at least half of an organisation's staff to complete a bespoke survey.