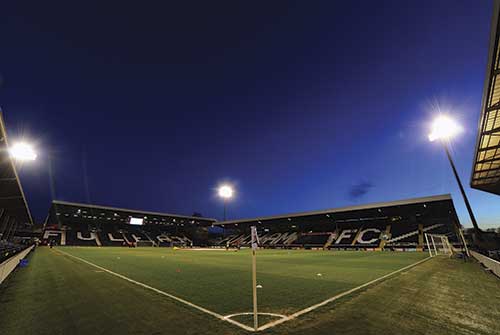 Creating a high performance environment for today's sports stars means putting players at the centre of the process and empowering those people tasked with supporting them. That's the philosophy of consultant Clive Reeves, and one that has the potential to put facilities management in the spotlight. Martin Read reports

Specialist performance consultant Clive Reeves' explanation of what constitutes a high performance environment may make familiar reading for those who have listened to those in FM seeking to map out the profession's future direction.


"High performance," says Reeves, "is about improving performance beyond what is expected, while all along taking into account the human element. The starting point is to understand - what is the organisation's higher purpose?

Why does it exist? And then, what is the particular identity of the organisation or team in question?"

As a performance consultant whose experience was built up in elite sports organisations, Reeves take on things is interesting. Eight years in the English Premier League saw him work with Bolton Wanderers and Fulham, both of which achieved their best ever seasons while he was there. Today Reeves' firm, Leaders Consulting, works on 'performance solutions' for elite sports organisations. He and his colleagues promote these same high performance principles to businesses that themselves recognise the need to define what high performance means to them, and then sustain it.

Reeves himself spent three years at Bolton, then consulted in cricket before spending five years at Fulham.

At Fulham Football Club it was about creating a really strong identity; something that transcends company values.

Reeves' role was all about supporting the staff that supported the players; "getting them to communicate what we wanted to be as an organisation to the players, to introduce and reinforce the behaviours we recognised as key to helping us win. And that could be evident through the language we used as well as the physical environment we maintained".

People in pole position
This theme of personnel as much as physical space determining high performance recurs during our conversation. And in sport, support staff - those closest to the players - are key.

"Before, when the manager changed the support staff would often change," says Reeves. But these days the performance staff - physios, psychologists, analysts, all those people that wrap around the player to optimise performance - don't change on a wholesale basis when a manager leaves. So what you get is both the stability and the incoming manager's new ideas - the job then is to marry the two philosophies together."

That common understanding of an organisation's essential purpose is mission-critical in sport, says Reeves.

"In any organisation you need a clear idea of what your purpose is and what your objectives are, whether it's winning trophies, qualifying for Europe or just beating your nearest competitor. From there you set annual KPIs for how you do that, and how we achieve those KPIs comes down to who we are and how we work as people.

"In sport you tend to look at people as players or athletes, but actually they're still people and we have to create an environment around them that treats them as such."

As well as essential purpose, ensuring everyone understands the organisation's unique identity is important too.

"Every club's heritage and identity is unique to them," says Reeves. "At Fulham we looked at the history of club. Actually it's the oldest team in London, one of the first clubs ever established. Fulham's identity was around the iconic stadium, its location and our performance model. We linked the history of the club with the current philosophy - and actually there's quite a nice narrative around that." 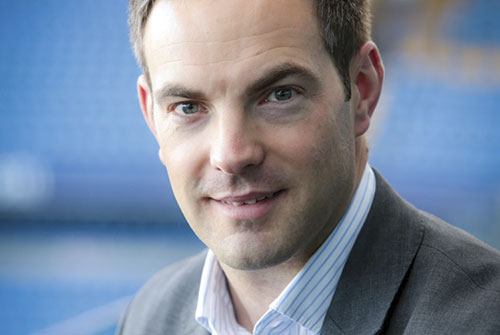 FFC's facilities focus
With behaviours and targets set, Reeves and team turned their attentions to Fulham's facilities. As well as revamping the training ground, Fulham had a listed building - the famous Craven Cottage - but internal changes were still possible. Reeves focused on using this space to reinforce behaviours. "We worked on the flow of the people through the building to make the players' journey as logical as possible through their day," says Reeves. "What they saw, what was on the walls reminding them of high performance behaviours and the history of the club.

"We had a common language that we tried to create so every staff member the player spoke to responded with a similar message delivered in their own authentic way. That human component of creating a high performance culture is as important as the look, feel and aesthetics of the facilities. The important thing is that they both go hand in hand. Yes, you need high performance facilities in place - but more than anything it's about the people that make that happen."

The business dimension
"When you take this structure out of football and apply it to business, it's actually very similar in terms of behaviours and objectives," says Reeves. His message is not dissimilar to that of FM consultant Mike Cant, who famously used a healthcare analogy to define facilities management as the provision of operational support "from the scalpel outwards".

Says Reeves: "There's a common starting point: You put the talent in the middle and around it all the people that need to support that talent. What you are looking at is optimising the people, systems, and processes surrounding those who you expect to perform from an operational and structural perspective. But having high performance as an objective needs to be something that starts at the very top."

And it's important to focus on this support network instead of getting bogged down in data analysis.

"Sport has gone through an IT evolution," says Reeves. "Ten years ago players were just starting to watch their games back on their computers. Now clubs can push everything to players' phones or iPads really quickly.

"At the same time sport has also gone through the whole 'let's collect as much data as possible' revolution, taking in more and more big data while simultaneously seeking to identify what actually matters and which KPIs make the most difference to winning. Sport is still going through that journey at the moment, much like business. Ultimately it will distil down to five to 10 things we really need to care about."

It's surely difficult to sustain that sense of collective purpose, to keep promoting performance to defined targets?

"It's not easy, but it is important. Increasingly, people want purpose and meaning in what they do. Simply hitting a target doesn't necessarily excite a huge amount of people. If you want to be different, or to disrupt your industry, you have to set a higher purpose, a place where people want to go to work because they get something from it and it's a great place to be. You have to pull this narrative together so that people want to give more.

"Increasingly in their working life - and to an extent it's millennials driving this - people want the opportunity to have an impact. And that comes down to how much freedom you have in the job, how your leader manages you. You need that scope to keep developing yourself, and that in turn gives an overall meaning and sense of purpose."

Scale and location
One of the biggest difficulties in applying high-performance structures to business is scale and location - whereas sporting organisations are typically centred around one or two principal facilities.

"Businesses working across multiple sites or multiple countries makes the implementation of things more complex," says Reeves. "So the bigger you are, the more important it is to have a clear and simple framework, that vision and purpose, and to empower your leaders and develop them. And that's very different requirement to sports; not many teams that operate in that way."

Nevertheless, the fundamental approach crosses over. Reeves talks of his recent consultancy work with a trading company. The traders are the high performers in this scenario, they're the ones generating the money. But analysis showed that the biggest frustrations - and thus biggest potential performance gains - were with the back office staff that supported them.

"The players are the most important assets in a sports team and most of the revenue generated goes to them; But it's the people that make them perform are the ones who are really important. It's just the same in finance - the back office is often neglected, but it's that department that needs to become a high-performing unit."

The world of sport, says Reeves, has gone through this shift in which it realises that while it's the player out in the middle, that player is influenced hugely by the work - and thus capability - of the support staff. Business is currently undergoing this realisation.

And how the workplace is set up is definitely part of the solution. "My sense is that businesses don't invest as much in creating a great physical environment as they could," says Reeves. 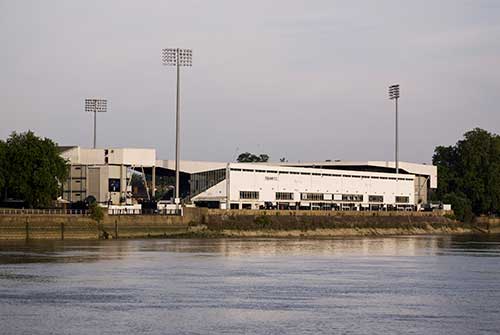 High Performance Institute
Reeves already runs an international think tank with members representing organisations in elite support, military, performing arts and academia. The consultancy is currently undertaking a project with the London Business School to survey high-performance leadership, out of which will come more work with businesses organisations seeking to drive high performance.

He's also involved in the launch there of the Leaders Performance Institute, a body bringing together representatives of organisations aspiring to high achievement in their sectors to learn from each other through best practice case studies. Clearly there's an increasing appetite amongst businesses to pinpoint issues of identity and purpose before considering the facilities required to support those aims.

"For businesses the implementation might be different, but the underlying principles are transferrable. It's all about working with leadership and the wider organisation to isolate and eliminate performance-related problems and achieve more with what you've got."

On corporate mindset:
"Research shows that if yours is a fixed mindset, you believe that ability is static. But if you have a growth mindset, you believe ability can be developed. An organisation that wants to be the best will have that inquisitive mindset and want to improve"

On core principles:
"There's no point spending time and money on a new environment if you still don't have the behaviours to fit with what you are trying to create"

On Leicester City:
"Leicester has a really good group of staff and some great players. They've got a tight-knit group, they've got good systems, they play to their strengths, they've got a clear identity, and they're not trying to be someone different"

On budget constraints:
"We talk a lot about constraints-led innovation, using constraints to your advantage and bringing all the key people round the table - the managers and support staff"

On thinking like a high-performance team:
"Define the purpose of the team. What is it there to achieve? What's its makeup? Do people see themselves as part of a team or is it just disparate service providers coming together? What behaviours are going to make the team successful? What processes? Who's taking ownership? You want to create an environment where people are accountable"

London (Greater)
Up to £47,276 per annum plus excellent benefits
Reference
59097
END_OF_DOCUMENT_TOKEN_TO_BE_REPLACED