The smart future of FM 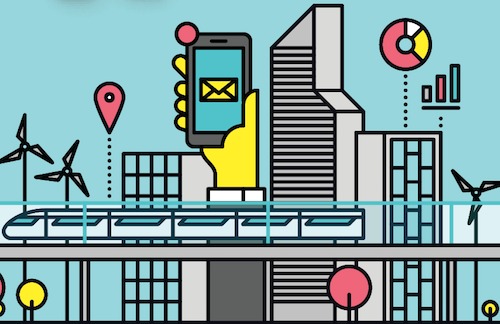 Talk about smart buildings emphasises the value of the technology - but it's in the use of the generated data that facilities managers can shine, as Nick Martindale reports.

Facilitate: Where is FM in the BIM conversation?

Hardly a day goes by without reference to the "internet of things", "big data" or "smart offices", but this has yet to directly affect everyday life for many people. Yet the potential is there, and FMs have an important role to play in helping to bridge the gap between the theory and operational reality.

"Intelligence has been within buildings for some time but it has been very much siloed in infrastructure, be it intelligent access control, security systems or lighting and environmental controls," says Mark Braund, CEO of Redstone Connect. "When a building moves from being intelligent to being smart is when it integrates all the digital data that is available, harvests it and then uses it in ways to make those systems and processes deliver real benefit."

There are a number of ways in which such technology could directly impact the work environment, benefiting both organisations and employees. Effective use of data can help create a better workplace, says Euan Burns, chief engineer at Carillion Services, when it is tailored to the needs of employees. "It's really about providing those environments which enable the core business," he says. "It might be uptime and availability of the facility, or it might be a nicer and more consistent environment for staff and customers."

Smart technologies should allow greater control over energy management too, helping to reduce costs and improve a building's environmental credentials. "It should provide us with a more consistent working environment, so we shouldn't get people who are too cold or hot because the building will in theory respond to the outside temperatures and the number of people there," says Mike Packham, managing partner at Bernard Williams Associates.

From a more strategic perspective, having hard data around how - and when - the building is used should help organisations to better manage and plan their current and future needs. "When I look at office data and stats in London, Sydney and New York I get a picture, which is that offices are actually not fully utilised," says Braund. "In fact, occupiers are only using up to 50 per cent of their offices' potential. Real estate in most companies' P&L represents the second biggest line item of cost, so there is a massive opportunity for occupiers to reduce their expense and dependency on real estate."

The problem to date, however, is that the agenda has been dominated by technology providers, rather than FMs able to provide more of an occupational perspective.

"We really need someone to sit above all of this and integrate those systems to the benefit of the people using the buildings, and that's the role of the FM," says Packham. "The concentration on smart buildings is very much producer and manufacturer-led and really what we want is to turn it around the other way."

This can also have the effect of putting off FMs, who fear they may end up being replaced by technology in the long run, believes Burns. "Far too much of this is written by the providers of the technology and not by people in operations who know the reality of trying to bring these things in," he says. "The hype would have you believe that we would be taking a lot of cost and people out but it's more evolution than revolution, and it's important to take your teams with you. There will be some tasks that will be replaced but a lot will just be enhanced." 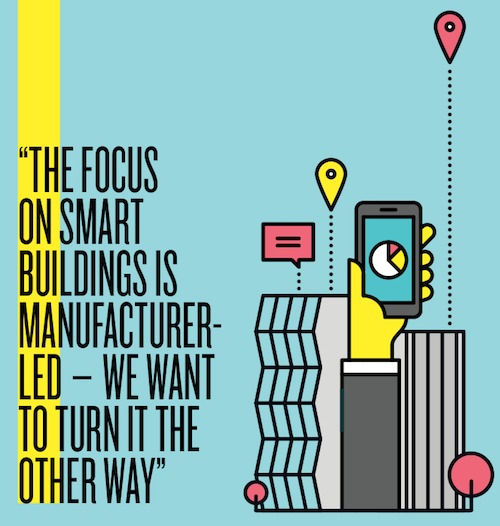 FMs need to get more involved in helping to make the case, believes Andrew Mawson, managing director of Advanced Workplace Associates. "FMs are the people who are theoretically best positioned to make smart buildings work for everyone," he says. "The onus may not lie on an FM to drive the concept but, in order for it to be used in the best possible way, workplace professionals do need to fully embrace it and prepare."

Part of that involves building closer relations with other departments, believes Chris Moriarty, managing director of Leesman. "There is an opportunity for FM to own the workplace debate," he says. "However, FM as a sector needs to decide whether it's going to be on the receiving end of this smart building technology or whether it's going to lead the conversation. By working in partnership with other departments, leading this innovation is achievable. HR, as a profession, doesn't appear to be concerned or suited to lead the conversation. However, IT and FM can certainly make the most of this and turn it into something incredibly beneficial to businesses, if well prepared."


FM as 'integrator and conduit'

James Spires is strategy director, services, at Engie UK. He believes FM has a vital role to play as the integrator and conduit between the various stakeholder groups, including building owners, employees, technology firms and clients, in the case of an outsourced provider. "Without the FM you lack the ability to fully apply all of these aspects," he says. "There is a piece around taking customers and occupiers on that journey. FM is still seen as being about cost reduction, but where the clever FM sits is being able to reduce costs but also improve the occupiers' experience of the building."

More practically, Mark Tyson, operations director at Mitie Energy, believes FM organisations can be the interchange between the theory provided by the data and putting this into everyday practice. "The FM can be the key link between employee safety, productivity and investment decisions," he says. "This will require focusing on strengths such as communication, pragmatism and new skills such as analytical interpretation, business case creation and implementing process changes." He even sees the creation of new data scientist roles within FM to make sense of the information that is available, similar to the use of sports scientists by football clubs.

There are, however, a number of barriers that need to be overcome. One of these is awareness among FM themselves, particularly those in in-house roles. "When you're having a more senior conversation they absolutely get it," says Burns. "But at a more operational level - and it's the same with our own teams - when we're trying to deliver a contract to a specification, we often need to take people out of their normal day-to-day role to give them the space to think about it. If you spend enough time talking about it in the right way, then people tend to get what we're trying to achieve."

Then there's the relationship between in-house FM teams and their outsourced partners, and the contracts around which such relationships revolve. "With the pathfinders in this area, both parties can do very well through cost reduction and value increase for the client, and margin enhancement for the FM provider," says Burns. "Where we have managed to make progress is where we have a good client team who are well informed about what we need to succeed, and understand that they need to provide the right contractual conditions and environment for us to be able to deploy and try new things." This could involve both parties investing to make a more compelling business case, he adds.

It's also a concern for Braund. "The issue for FM providers is this: What is their motivation to help their customers achieve those benefits? It comes down to how an agreement is structured between them and their clients. It may be about achieving certain standards around availability and service. But it may not be how they can make the use of a building more efficient and effective. Therein lies the issue."

Even where the technology does exist, FMs are often unable to access or interpret it effectively, believes Andrew Howells, head of workplace consultancy at Condeco Software. "Most FMs don't have easy-to-understand data at their fingertips which can tell them there's an issue or which direction to move in next," he says. "Smart buildings capture a lot of data but they usually do it through a myriad systems such as BMS or access control. But it's getting that data into a user-friendly system that clearly points to either a problem or an opportunity." Technology does exist to help with this, he says, but it can be cost-prohibitive, making it a more viable option in newer buildings where such functionality can be designed in from day one. 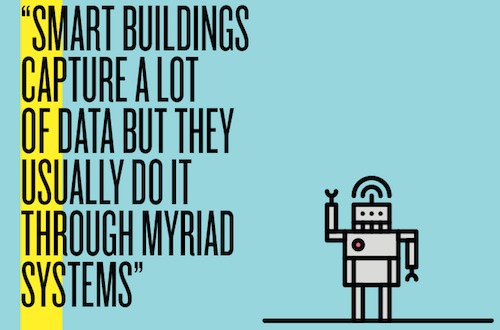 From generating to interpreting

Things are, however, starting to change. Packham believes the government's soft landings programme will help by getting FMs involved in the design of new buildings earlier on, at least in the public sector. "The emphasis is there in the public sector for FMs to get involved in projects but we're only going to see the outcome of that in a number of years because it takes a while for the impact that FMs have on the built environment to become apparent on the people who are using the buildings," he points out. "Demonstrating return on investment has to be done over the whole life of a project, not just initial capital installation cost."

If FMs can get involved in such projects and start to influence the debate, it could have a significant impact on both the role of the function and how it is perceived by the wider business, believes Tyson. "We will go from generating the data and solving day-to-day problems to interpreting the data and making day-to-day decisions which impact the overall business performance.

"The best thing about this is we will lose the 'perception of performance' stigma and have hard facts to support the important roles our FM teams carry out every day. This new phase of data availability will allow FMs to spend their time proactively planning and implementing ideas rather than reactively solving issues as they arise."

London (Greater)
Up to £47,276 per annum plus excellent benefits
Reference
59097
END_OF_DOCUMENT_TOKEN_TO_BE_REPLACED