What can FM learn from improv comedy? 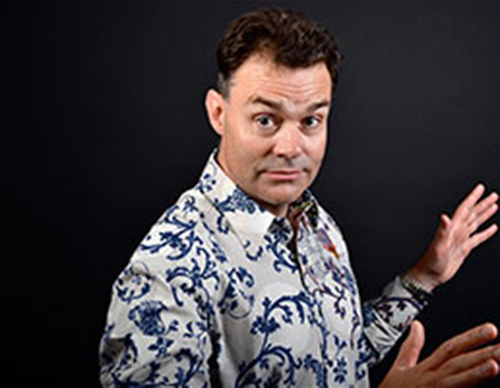 What can FM learn from improvised comedy? Jamie Harris sat down with comedian Neil Mullarkey to find out.

I sit down with Neil over lunch, and it takes me a minute to notice that we're immediately into our interview.

The small talk has slipped seamlessly into discussing how an comedian, actor and improvisation specialist got into business coaching. Now is the time for me to adapt to my surroundings. And that is part of Neil's work: improving communications skills, having better and more effective conversations, and helping people to become engaged in what they are doing and why they are doing it; it is all at the heart of Mullarkey's process.

A graduate of Robinson College, Cambridge, and a former president of the Cambridge Footlights Dramatic Club, Mullarkey co-founded the improvisation group The Comedy Store Players with comedian Mike Myers in 1985. He has worked with some of the biggest names in British comedy, and continues to perform at the Comedy Store in London. But he is putting his comedic and improvisation abilities to use in a corporate environment.

"When I first started this, around the turn of the century, I thought it would be just using improvisation to work on listening skills and better communication," he says. "But much of what is picked up is a change in mindsets about approaching problems."

The majority of Mullarkey's workshops are half-day or full-day sessions with groups from corporate organisations, tech start ups or retailers, although one-to-one coaching is also . He cites a broad spectrum of clients, such as Balfour Beatty, the NHS, Unilever, Lloyds, KFC and KPMG.

Says Mullarkey: "Their problems are uncannily similar, but the answers are always different - one size fits nobody. It's about listening actively, contributing together and acting intuitively but decisively."

Mullarkey says his workshops get people listening to each other, and collaborating to find creative ways to deal with a situation. Much of what Mullarkey tries to coach is the idea of positive thought, particularly evident in a classic improv game, "yes, and" in which participants can only begin sentences with the aforementioned phrase.

Mullarkey gives the example of a scene where he is placed in a bathroom with no running water. Rather than seeing no way out, he must think creatively and use what tools he has available to him to find a positive solution.

By the end of his workshops, even the more introverted people are up on stage. Mullarkey explains that they understand the value of playing the scene, and just by listening to each other, it makes it that much easier.

"I once worked with a client on a two-day workshop, where at the end of it they had to put on an improv show."

The apprehension eventually dissipates, says Mullarkey, faster for some than for others. He explains that top sports people tend to be very good at adapting to the circumstances they find themselves in, and that particular ability can help in a corporate environment as well.

"I've noticed that sports people often will throw themselves into an alien situation, jumping into an improvised situation. I once did some work with the GB women's hockey team, and even though improvising scenes had no direct link to winning a hockey game, they were willing to explore ideas about how they can tackle the particular problem that the scene posed. "It's about slowing down, listening, and having better conversations." 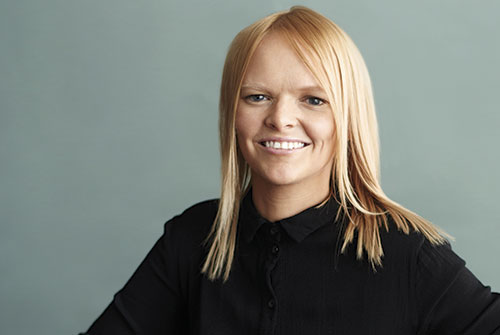 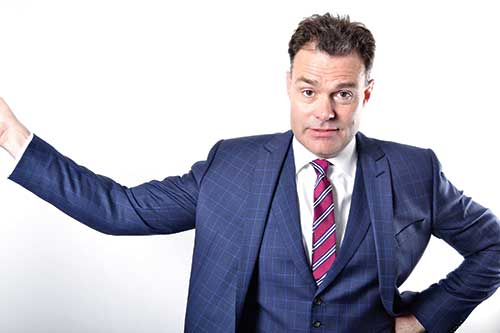 So it's just about listening - surely everyone should be receptive to this? Despite his natural enthusiasm, Mullarkey does meet people who are a little more apprehensive about what his workshops can do for them.

"Some are certainly less open to the idea of soft skills. They'll question why they should be participating, claiming that "I just work with Excel, this isn't for me"."

He explains that there is a lot of fear in the workplace, which can lead to individuals shying away from responsibility, or remaining in a siloed part of their organisation.

"There's a lot of fear, and it's about breaking that down. People say "oh, it's sales and marketing", or "well our boss does it this way". The phrase "we can't do that" might be commonplace."

"I put a video together about a day in the life of someone in sales, and they would agree on a project with a client, but upon speaking to their internal risk and compliance teams, there would be a more conservative response. Following this story visually, it becomes much clearer where things would break down, and the solution to the problem suddenly becomes obvious."

Improvisation revolves around trying things out and seeing if it works - it's troubleshooting on the go.

"You're trying things out and finding problems at the early stage," he says.

Mullarkey references RAPID design thinking, a method of moving from problem to solution, which many in the software industry adopt, but he says it can also reap rewards in more corporate environments. The process is designed to find problems at an early stage, testing the solution, and continuing to iterate and improve the product or service.

Much of Mullarkey's points can be applied to a number of FM situations: harnessing better client-provider relationships; breaking down the siloes in construction projects (designers and FMs in the same room as each other?); and being able to deal with whatever is thrown at the FM team, in a famously unpredictable environment.

I spent more than an hour with Mullarkey, and from listening to him for that hour, there was one very simple piece of advice for FM professionals to take on board: listen.

What can an FM learn from improv?

FMs are seen as problem solvers, dealing with the unexpected. Learning improvisation skills can be useful for adapting to difficult circumstances on site:

- How to deal  with an emergency situation, where there is no contingency plan. ("The air conditioning units have malfunctioned." "Yes, and here's how we fix it.")

- How to assume a more positive, confident character when dealing with difficult clients or colleagues

- How to break down siloes - by becoming more approachable, you're less likely to be met with negative feedback

- How to remain calm and collected - when provided with new information from a client or in a meeting, learning to listen to the information and react to it in a suitable manner

- Better bidding for contracts - Mullarkey says to try and tell a story; engage with your audience emotionally, rather than produce a long powerpoint presentation