FM Of the Year Andy Ractliffe 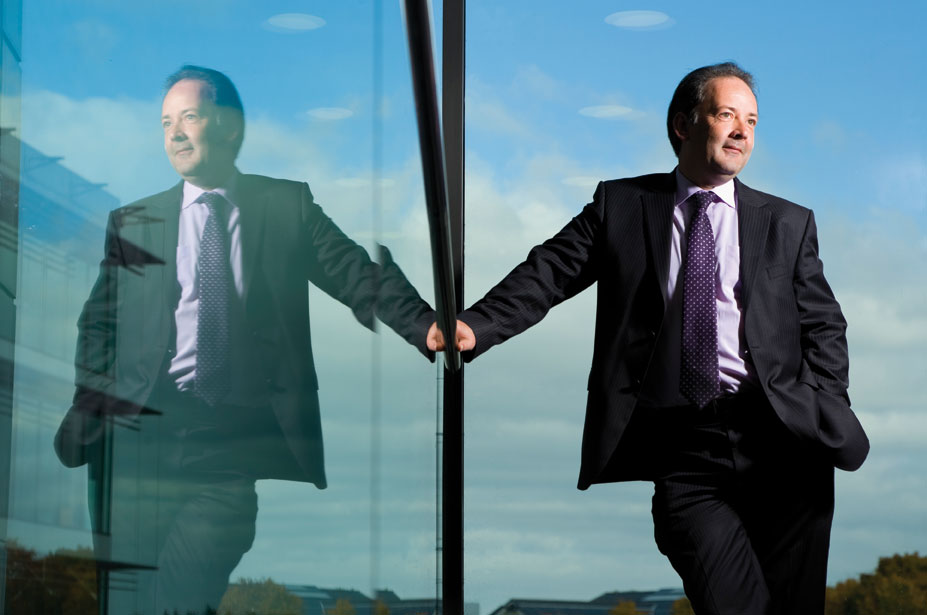 An interview with the man named 'FM of the Year' at the BIFM 2009 Awards.

To many, music may seem far removed from facilities management but the new FM of the Year can see business benefits in Beethoven

When Andy Ractliffe isn't thinking out of the box as major account director at Amey, he is standing on another, very different box. Music is a major passion in his life and he has stood on a conductor's box to direct 2,000 handbell ringers accompanied by two concert orchestras at the International Handbell Symposium held at Birmingham's NEC in 2000.

When not conducting, he is playing the French horn and piano. This winter he and his wife, who plays trumpet, will be starting their own concert band, Worlewind, named after a local village near where he lives close to Weston-Super-Mare.

Amey can count itself well lucky that in his formative years Ractliffe turned down a scholarship at the London College of Music because he had to work to feed the family. Nonetheless, he has indulged his passion with a music degree - with IT as a second major - from the Open University.
He added IT "just to be different", he says, and he thought it would be useful. As well, he did a postgraduate diploma studying the music of Beethoven.

Music may seem far removed from FM but Ractliffe would argue how lessons from music can be applied to other areas of life, such as FM. Not the least is the need for hard work, building a team as in an orchestra, and importantly seeing how the instruments create the whole, known in the business world as strategic outlook.

After finishing school in the late 1980s, he worked in finance, book-keeping, payroll and HR in various businesses in south-west England including the butchers Dewhurst. In 1996 he became a financial assistant at Amey Rail, as Amey was then called, which had track maintenance contracts with Railtrack. To help pay for the Open University degree he was taking, he decided to get his hands dirty, literally.

"I was working Saturday nights on the track cutting and welding rails and humping sleepers around. I was awful at it but the boys were brilliant. They gave me jobs where I wouldn't hurt myself too much."

He recalls his a first job along the sea wall in Dawlish, Devon, in middle of the night, pounding in rail clips. "They gave me a sledge hammer and I kept cracking my shins 'til they bled."

He laughs about it now. "But I really learned about the business and just how hard people work. It was humbling that they accepted me, this office-wallah."


Back in the office, Amey realised Ractliffe had a commercial sense and was moved into contract account management. "I spent quite a while auditing a claim we had against Rail Track at the time, hours of chuntering numbers for six months. They promoted me to commercial services manager where I looked at projects, including how to mechanise sleeper changing, which was not my idea."

He moved to Network Rail as a contract manager when rail maintenance went in-house in 2005, and apart from a little bit of property work at Amey, was given his first real FM job: "I had to make sure that if a tile fell of a station roof, we put it back up."

He was also going through the College of Estate Management's postgraduate diploma in FM and becoming a member of Rics: "I was juggling a few things at the same time."

He re-joined Amey in 2007 after being referred by a friend there and became contract manager for Avon and Somerset Courts. It was not an easy task said Mark Emblen, a project sponsor within the major projects branch at HMCS Estates. Andy and his team had to work through the night to change the security doors to the cells eight hours before the first defendants arrived, Emblen explained in his awards appraisal.

Ractliffe remembers it well. They were given a huge pile of unmarked keys to the cells: "We had to work through the night, checking which key went where. There must have been a couple hundred of them. We just divided up the lot and off we went."

Occasionally you work late like that, says Ractliffe, and roll up your sleeves. "It motivates people to go the extra mile. People do it because they want to, they have pride in what they do. You will always need immediate responses to boilers bursting, rooms flooding. But its really about people being just a little bit sharper at their job."

That sums up Andy's strengths, said Emblen. "He'll work in partnership to meet and often exceed his client's expectations, a willingness to get his own hands dirty and leadership skills that encourage his staff to do the same."

Since 2007, Ractliffe has taken on the Highways Agency's corporate buildings and internal Amey FM, which really keeps him on his toes, he explains. "But I'm also in a unique position to try out new innovations on the market within Amey before we recommend them to clients. We also pick things up from clients to use at Amey."

He praises his account manager Andy Candelent and who reports to Ractliffe. Candelent has around 25 small internal Amey projects on the go, including the installation of electricity consumption regulator PowerPerfector that is on track to save 12 per cent energy costs annually.


It's this ability to encourage people and create a team that makes him stand out, said his former boss and former Amey business director Joanne Jenssen. He gets buy-in from all levels of the business and has a level-headedness that ensures the most frantic tasks get completed in a non-stressful way. In her appraisal, Jenssen also said Ractliffe usually adds a little humour or eccentricity to tasks or proceedings. This includes his idea of a mock radio phone-in to improve communications between client Highways Agency and Amey FMs.

The radio was a one-off, one-day event for FMs in Bristol and Leeds and Dorking, near London who never really worked together but are in effect part of the same team, explains Ractliffe. It was modelled on the BBC's Question Time and focussed on energy, environment and continuous improvement. "We brought them together here in a big board room made to look like a radio studio and they were on the 'programme' to take questions from 'listeners' who really did phone in their questions to them.

Ractliffe stands out because of his ability to put together and then manage a team, according to Guy Wakeley, former managing director of Amey and now chief executive of Morrison. Amey was bidding for a national FM contract with the Department for Environment, Food and Rural Affairs in 2008, said Wakeley who recruited Ractliffe to work on the courts contract.

At a York hotel, Ractliffe was to present on Amey's business continuity and emergency response capabilities in the event of a pandemic. During the morning presentations Andy had organised the delivery and installation of a field village in the hotel grounds. It included a field kitchen, briefing and conferencing facilities, IT suite, offices and washing facilities.

The arrival and installation of the field village was captured by webcam so that the Defra team in the presentation sessions along with Amey teams in Oxford and Madrid could watch the logistics exercise unfold in real-time. It was, said Wakeley, "truly one of the most amazing things I have seen".

Ractliffe, himself, admits it was pretty daunting, and unfortunately an unsuccessful bid in the end. "But I got it up and running in two hours flat. I know Defra went through a rigorous selection process. You must take losses on the chin, and it should make you think harder about what you're doing."

His latest work is the setting up of an "FM academy" at Amey with the help of Beth Goodyear, chair of BIFM South-west Region. The six-module course to start in January will focus on applied theory. A trial run has been done on how to calculate degree-days - the rate of heat loss from a building and the temperature difference between the inside and outside of a building. Students immediately applied the theory to a building for which they were responsible.

Music, though, is never far from his thoughts. In fact, all FM contracts have a life-cycle similar to the creation of a sonata, says Ractliffe, a follower of the American pianist and music theorist Charles Rosen.

"Its a perfect example of mapping into the life of a contract," he says. "You have the exposition where you go through the start of the sonata, or contract, and everything is a bit new to you because you haven't heard it before. Then the themes that just started now begin to grow"