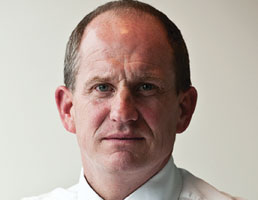 Tony Raikes’ career has led him around the world from Zimbabwe to China. David Arminas interviews Vinci’s head of facilities as he reflects on a maturing UK industry with lessons still to learn


Building things comes naturally to Tony Raikes, managing director of Vinci Facilities in the UK, thanks to his background as a civil engineer. He wants to see projects rise up and take on a life of their own, whether it be factories in China or FM businesses in Britain.

The best projects grow because of a positive business culture that allows for superior teamwork and collaboration throughout the supply chain.


That may sound like something out of a job application, but Raikes has been there – China and Africa – and done that as an engineer with Taylor Woodrow construction. He is now applying that strategy towards growing Vinci Facilities.


In 2001, he left his successful civil engineering career and took the entrepreneurial road within facilities management, but maintained his passion for building things. Raikes, 46, is now focused on ‘building’ Vinci Facilities that is expanding through organic growth, as well  as acquisitions.


Raikes also has personal experience of acquisitions and what it takes to make them successful. Taylor Woodrow’s FM business was around five years old in 2001 when Raikes landed the customer director role responsible for growing the business. He moved with the business when Vinci Group bought it in 2008, becoming managing director of the now £250m-turnover business. Then, in August 2009, Vinci Facilities picked up the FM businesses of troubled Haymills Construction.


“We wanted to make absolutely sure that their business culture would fit with our culture,” he says. “That is, totally customer and supply chain focused.”


Civil engineering is in Raikes’ blood. His grandfather and father were in the profession and when he left school it “seemed like the right thing to do”. It was also exciting, he explains. After being sponsored by Taylor Woodrow at Bristol University and working with them from graduation, he was seconded to the channel tunnel Anglo-French construction contractors’ consortium TransManche Link. “The collaborative nature of TML and the ground-breaking work gave passion and energy to the project,” he says.


People from Balfour Beatty, Costain, Tarmac, Bouygues, Dumez (now Vinci Construction) and Wimpey construction were thrown together into a team. “This meant there were lots of different working cultures and practices, but it was energising.”


Raikes again operated in different cultures when he next moved to Shanghai in 1996 to develop a $60 million major plasterboard manufacturing plant for Australian global business Boral. He was later seconded to Boral as a consultant to help run the plant. “The Chinese were very demanding, hard working and also very bureaucratic. But they had the ability to switch off from work easily and socialise,” he says. A move to Harare in Zimbabwe, in 1998 meant more cultural challenges, this time while developing the 17-storey Angwa City office and retail complex. As project manager on the £30m development, he was responsible for production planning, design, procurement, risk assessment and construction management.
Despite delays, underfunding and the general atmosphere surrounding corruption in the country, it was finished ahead of time, on budget and within quality, he says.


It was Taylor Woodrow’s first foray into Zimbabwe and won the British Construction Industry’s International Project of the Year 2001 award for its collaborative working. This again confirmed to Raikes that the integrated supply chain working together was the way of the future. Raikes felt some trepidation upon his return to London in 2001. He remembered the bad old days when Britain’s construction industry was “very confrontational”. Working together was not the norm, he explains and the construction sector went through a lot of soul-searching to see what could be done about it.


Rightly or wrongly, he feared that the situation had not moved on. Especially after his overseas years of customer-focused collaborative working, he thought the construction sector would be a hard graft.


He acknowledges that, back then, things had changed for the better, to a degree. “But I simply wanted a change and FM looked like a sector where you could be entrepreneurial, express yourself and be innovative,” he says.


“In facilities, you face the customer every day, sometimes all day. What we did in Zimbabwe with client, contractor and supply chain won us awards because it was collaborative.”
Raikes was given the chance for change when he became customer director for Taylor Woodrow’s FM division, a £50m turnover operation.


His main focus was the development and growth of Taylor Woodrow’s facilities business in the telecommunications, petrochemical and defence sectors. He laid out a three-year business plan, including a strategy for sales and production delivery while also refining business processes.


He was later made the company’s FM divisional director with joint responsibility for the profit and loss of the by now strategically important £100m turnover business.


With Vinci Group’s buyout out of Taylor Woodrow, Raikes found himself now responsible for a growing FM division with a turnover of upwards of £250m in the UK. As well, he has been responsible for integrating a host of Vinci acquisitions: Taylor Woodrow FM, Taylor Woodrow PFI, Crispin & Borst Building and Maintenance, Rosser & Russell, Norwest Holst Engineering Services, Norwst Holst Support Services, PEL Interiors, and following the acquisition of Haymills Contractors in August 2009, Haymills Property Solutions.
The size of Vinci Group now provides Vinci Facilities with a form of safety net in a market that is still volatile, says Raikes.


“The next two years will still be very tough,” he said. “There’s the VAT increase coming in January that will affect contracts. Also, before that there will be the government’s spending review this month that will affect public sector contracts.”


Raikes believes that PFIs “are dead” and no more will come through, although many that are running will continue to produce good results.


“I think the coalition government is keen to promote more outsourcing, but the conditions for that outsourcing will be tougher. However, I’m not gloomy about the future of FM. We’ll all be forced to become more innovative in our approach.”


As for more acquisitions by Vinci, Raikes says the company remains entrepreneurial and “will seek opportunities where they arise”.