Deal with the threat of a bomb 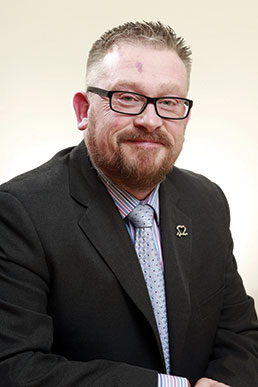 The threat level from terrorism is assessed as severe by UK authorities. Workplaces are vulnerable, so Neil Barham explains what procedures workplaces should adopt

With the spate of terrorist attacks around the world, and the increased incidents of hoax threats, such as those targeting schools in New York and LA recently, it is more important than ever to be vigilant and prepared for a potential attack.

A bomb or improvised explosive device (IED) is one of the possible serious threats. FMs can reduce the risk by remaining vigilant and having good security measures in place.

IEDs vary in shape and size depending on their purpose. They can sometimes be identified by: their out-of-place appearance; seeming too heavy for their size (especially if delivered by courier); pinholes (sometime used to access activation switches); lack of identifying information; a marzipan, mint, or almond-like smell to disguise it; and protruding wires and grease or fluid type stains. If there is excessive fastening especially on one end this may be an incendiary device that requires opening from one side to be effective.

Security personnel should conduct routine 'hostile reconnaissance' exercises to highlight and pinpoint key areas of risk. This means going to any locations where someone may be able to conduct surveillance of the premises, staff and security movements. In short, they will be trying to understand how someone may gain intelligence prior to planting an IED. It is vital to remain observant of surroundings, question irregularities and never assume. While it is primarily the role of security personnel, all staff should be on the alert for IEDs and threats. If you believe that someone is conducting hostile reconnaissance of the premises, you should consider calling the Anti-Terrorist hotline (0800 789 321) where your information will be considered by an expert.

All reception areas and/or switchboards should have a 'receipt of bomb threat' log for recording critical information should a caller warn about an IED. Upon receipt of a 'threat call' notify a member of security without interrupting the call. If you are alone or unable to alert anyone else, you should concentrate on the call, remaining calm, professional and attentive. Do not put the call on hold, do not talk over the caller and do not put the phone down. Gain as much information as possible from the caller. The more details you collect, the better the potential risk to the business can be assessed and the correct course of action chosen.

IEDs are commonly used by terrorists, but can also be created by protest groups, criminals and even disgruntled employees. IEDs are generally of simple construction and can be brought to site in various ways, including being planted by an intruder, brought in by an employee or visitor during working hours, or sent through the post. Any suspicious item should be investigated by a visual inspection and staff close by should be questioned. Watch out for boxes near fire exits, bags left at reception, boxes or large packages near external exits, doors, receptions or areas congregated by staff or visitors.

Before approaching any suspicious package turn off any equipment with a wireless signal. Some IEDs are detonated wirelessly so there is a small possibility that transmitting via a radio or receiving a call while near the item could interfere with its signal and set it off. If you feel the item is still suspicious, contact the police. Never touch or tamper with it.

Letter or parcel bombs represent the safest mode of attack for a would-be bomber as there is less chance of the IED being traced back to them. Postal devices require an addressee; so the attacker is generally targeting one person, either for perceived wrongdoings or owing to their position within the business. If your site has a central area for all incoming post the people working there should have received some form of training regarding IEDs.

In the event of a bomb threat - and only if it can be done without causing panic - staff should be asked to search their own areas.

Searching for any device should be done calmly, systematically and with everyone's safety in mind. No search should ever take place without first consulting the security team and/or the police.

Searches should cover all common areas of the premises, including toilets, cupboards, corridors, offices, desks, fire exits, and reception areas. If an item is discovered isolate it ready for the police when they arrive. Discovery of an item may mean the building needs to be evacuated. The successful evacuation of staff usually depends on the efforts of building management and security, so be conversant with building evacuation procedures and routes.

Neil Barham is operations director for manned guarding at Trigion