Getting staff on board with self-service 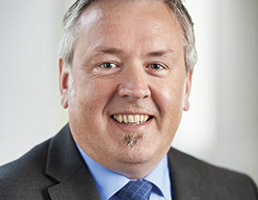 Self-service portals can be a great time-saver - if anyone bothers to use them. Neil Penny looks into how facilities managers can get self-service on the radar


Like any professionals who are privy to unique knowledge and skill-sets in their organisation, facilities managers can all too easily find themselves on permanent break-fix duty, running around solving one problem after another for the workforce.


Implementing a self-service portal is a great way to address this problem, enabling staff to find answers to their questions and resolve issues themselves if possible. Where issues do need further support, they are flagged to the FM team in a controlled way and can be addressed in order of priority rather than by who manages to collar someone first.

This is the theory at least - in practice many staff members tend to ignore self-service systems and may not even know they were available in the first place. For more technical issues they are more likely to simply hit Google or ask the nearest colleague. In the neighbouring field of IT self-service, for example, research from Gartner on The Evolution of the Digital Workplace previously found that only 40 per cent of employees seek IT support as a first port of call.

Self-fixing can sometimes be effective, but can cause major issues if staff do the wrong thing.
When it comes to technology it can have a serious impact on the business, risking security breaches or causing further IT issues by changing or disabling applications and drivers. The habit feeds into the growing issue of "shadow IT" - 11 per cent regularly using technology or applications not sanctioned by their employer.

To overcome this, facilities managers should make a concentrated effort to raise awareness of the self-service option among employees. At implementation, there should be a strong drive to make all employees aware of the new portal and the kinds of services it handles and guides that are available. If the workforce is made aware that the portal should be the go-to place for things like booking facilities or reporting equipment issues, the FM team will find itself spending much less time fighting fires and more able to focus on other projects.

The team should also look to share as much of their knowledge as possible on the portal, saving a huge amount of time in answering common questions that come up repeatedly. This initial setup may seem something of a bind, as between fighting fires and working on other large projects teams will rarely feel they have time to sit down and write a series of FAQs and guides - let alone run an awareness campaign.

But the amount of time and resources saved in the long run will certainly make it worthwhile.
It's also important that both the portal and awareness of it are kept up to date. New information and services should be added in as new facilities, equipment, or policies come into the workplace, and raising awareness should be a regular effort rather than a one-time thing.

Aside from actual awareness, the other reason for staff to avoid self-service is if they simply think it isn't actually effective.

If the self-service system is consistently failing to provide solutions or have queries answered in time, employees are going to ignore it in favour of seeking direct attention.

The user interface needs to be clear and easy to use for a start because a confusing portal that looks like an old web-page from 1995 will immediately see most users switch off. More importantly though, an effective management system must be in place behind the scenes so that all queries are flagged and responded to appropriately.

Good service management software will make it easy to keep track of requests and see everything put in one place, rather than spread across innumerable emails, spreadsheets and post-it notes. This also makes it much easier to link the FM self-service portal to other areas of the business. Again, IT is an obvious area of overlap when it comes to things like equipment, but areas like finance and HR can easily be connected as well.

Once the FM team has the ability to easily track all requests, it also needs to ensure that it deals with them appropriately. It's fairly commonplace for teams to favour easier fixes over more difficult issues, but this practice can lead to disgruntled staff if requests are left too long.

A good way to ensure that requests are addressed in a timely way is to introduce the same kind of Service Level Agreement (SLA) policy that is expected of external suppliers. This will clearly set out a time limit for responses or fixes on different kinds of queries, and give the team a clear target to adhere to. We've seen priority SLAs help to make a dramatic improvement in the time it takes to meet requests - improving response time by 80 per cent or more for high-priority requests.

Many staff will naturally still gravitate towards raising their needs in person, but once it becomes apparent that the self-service portal is the fastest and easiest way to resolve most issues, it should fall into their workflow as naturally as email. But effort must be put into maintaining both awareness and functionality if the system is to be used to its full potential.