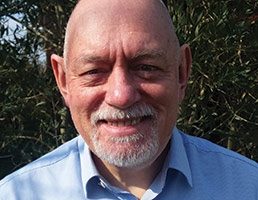 FMs might be inclined to think that they wouldn't have a biting insect problem in the workplace, but they should think again. Wherever they can find a quiet spot undisturbed, bed bugs, fleas and other biting insects can settle and install themselves - they are expert hitchhikers.


Bed bugs are not only found in beds. Behind skirting boards and wallpaper, under carpets and cracks in the floor - these bugs can thrive in just about any crevice. Their oval, flattened brown bodies are ideally suited to hiding in any dark place, and once established bed bugs are a highly formidable pest - females lay up to 300 eggs over their
lifetime.

Consider the ability of fleas to jump up to seven inches vertically and nearly 13 inches horizontally. It means they're able to scale vast sections of your premises. Fleas are commonly associated with cats and dogs, but can be carried on a variety of other animals including livestock, foxes, and rabbits. They can even hop onto your shoes and trousers and get a lift into other areas that you visit or live in. And they are hardy. If a food source is not readily available they can still survive, lying dormant for several months, even though they won't be able to reproduce.

Perhaps the most surprising threat about bed bugs and fleas is their ability to spread geographically. They can be dispersed unknowingly to furniture, someone's luggage or on their body or clothing. We have even seen news reports about bed bugs infesting aircraft and HGV cabs.


It is difficult to pinpoint when a bite has occurred as some people react both more quickly and severely than others.

Taking precautions
The worst part of having pests that are 'invisible' means that you don't realise that biting insects are there until the telltale signs appear. There are some steps you can take to combat the worst effects of biting insects in your workplace.


Methods of treatment
Bed bugs: Although not a crisis issue in UK workplaces as in other countries, bed bugs remain a risk, as international business travel is commonplace and bed bugs relocate easily this way.
It's worth knowing how to manage in the eventuality of an outbreak:

Human visual inspection is only 30 per cent accurate.

Targeted detection means that the blanket use of pesticides is not employed, reducing toxicity levels and inconvenience to the client. Our methodology can be summarised as "what we find we treat", which means if we find rooms with bedbugs we carry out a SID (steam, insecticide and diatomaceous earth) treatment. This eradicates any problems and allows the affected room to be back online 24 hours later owing to the low toxicity of the treatment. In places where dogs can't be used, detailed inspections using flushing treatments and bedbug monitors are carried out.

Fleas (and other biting insects): Carry out detailed visual inspections. This can be supported with crawling insect monitors and heat lamps to identify if your problem is flea-related or involves another type of insect. This will also determine if your itchy issue is non-pest related.