The true cost of squatting 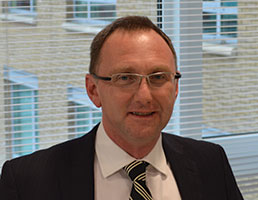 Since squatting in domestic property was outlawed in 2012, the problem has shifted to commercial premises, says Guy Other


A combination of rising house prices and the under-delivery of house building schemes, together with increasing unemployment and changes to benefits means that an increasing number of people have nowhere to live.

Squatting is an emotive issue. Some people believe that having a roof over your head is a human right; others see squatters as a scourge on society. And the number of squatters is on the rise.

Accurate national figures for squatting are hard to gauge, but it is estimated that there are around 20,000 to 50 ,000 people squatting in the UK, compared with 9,500 in 1995. The BIFM and Orbis recently carried out a survey with facilities managers and property managers to highlight the problem.

Some 16 per cent of respondents reported an increase in commercial squatting, whereas there was just a 7 per cent increase in residential squatting. London property managers are seeing the highest squatting rates (83 per cent), followed by the South-East (78 per cent), Wales and the North-West (75 per cent), and the Midlands (73 per cent).

Changing tack
The change in legislation to criminalise squatting in residential property, which took effect in September 2012, has forced squatters to change tack. In legal terminology, a squatter is an occupier of a property who has no ownership documents, no lease or tenancy agreement, no record of having paid rent to a landlord, and no other evidence of occupancy rights. The courts now have power to hand out custodial sentences of up to six months and fines of £5,000 for those found occupying a residential property.

Before these laws, it was believed that 60 per cent of squatters were living in residential property. Just two months after the legislation was introduced, a property litigation partner at CRS (Charles Russell Speechlys) reported to the Financial Times that there had been a 100 per cent rise in the number of instructions relating to commercial property squatting as squatters now saw it as a lower-risk alternative.

Financial implications
Dealing with squatters can cost building owners thousands of pounds. When the new legislation was introduced, just over three years ago, the government raised concerns "about the serious direct financial and emotional impact squatting can have on the owner and occupiers of property". But under current law, squatting is still not illegal in commercial buildings, although the same concerns apply.

Evicting squatters in commercial properties is not easy in England and Wales, and may involve a protracted county court process. As squatting in offices, warehouses or empty bank branches, for example, is a civil offence, the police cannot be involved unless a crime such as breaking and entering has taken place. The police can arrest squatters if an offence has been committed, such as holes drilled into walls (criminal damage) or removing the fixtures and fittings (theft). If the squatters are noisy or fly-tip, the local authority can take enforcement action under the Environmental Protection Act 1990. And most squatters are well informed, armed with information such as the Squatters Handbook from the Advisory Service for Squatters, which offers legal and practical advice. Commercial property owners can also seek an Interim Possession Order or Possession Claim from the court.

If squatters invade commercial premises, it is the responsibility of the business owner to pick up the bill to evict them and to restore the property to its original condition. The legal fees for removing a squatter start at about £5,000, and the clean-up bill for a small commercial property, such as a pub, after squatters can be upwards of £1,500, covering lock change and rubbish clearance. This figure would increase dramatically for larger properties or where there is greater damage. Property owners may also need to account for the loss of rent and paying out for alternative accommodation for commercial tenants.

Recently, 40 alleged squatters broke into the Leytonstone branch of a London supermarket chain and were thought to be using the building as a home for about two years. It is hard to calculate the scale of damage that occurred over that time but, given just the ad hoc alterations to the electrical system and added partitions, the cost to the landlord would have been considerable. Because the owner did not take immediate steps to remove the squatters, it was unable to take advantage of accelerated possession proceedings, which adds at least 10 months to the eviction process.

Insurance group Aviva has seen claims as a result of squatters double in recent years. In some cases claims for more than £1 million have been made. This includes not just the cost of removing the squatters, but also the cost of repairing damage from flooding, for example, or fire caused either on purpose or by badly rewired electrics.

Owners also risk other potential costs, such as paying compensation to anyone injured on the premises, or the risk of accidental structural damage caused by a squatter, from fires or flooding, for example.

The impact
The impact of squatters can also affect the company's reputation, as some of the knock-on effects of squatting, such as increased crime, littering and graffiti and a decrease in surrounding property value, take their toll.

To remove the risk of squatters invading in the first place, use a bespoke vacant property solution. It has never been more important for businesses to look after their people and property.

Guy Other is chief executive officer at Orbis