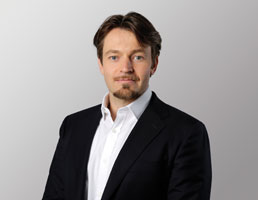 Employee engagement in your company could be compromised by the workplace design, as Bostjan Ljubic explains

In today's uncertain and volatile economy, organisations rely on engaged workers more than ever. Employee engagement drives productivity, innovation and enables sustained growth. Yet, despite numerous studies highlighting its importance, research consistently shows that engagement in the UK is alarmingly low.

The recent Engagement And The Global Workplace report from Steelcase found that only 29 per cent of UK workers are engaged - lower than the global average of 34 per cent and significantly lower than the 40 per cent of UK workers who report feeling disengaged. In fact, disengaged workers are the largest group in the study, suggesting that two-fifths of employees could be undermining the efforts of the rest of the organisation.

While many diverse factors contribute to employee engagement, the role of workplace design - in particular the need for greater privacy - is often overlooked. With half (49 per cent) of UK workers now in open-plan offices, lack of privacy is one of the most common workplace complaints - more than 43 per cent say they cannot concentrate easily in the office. So how can organisations meet this need for greater privacy?

Although the potential impact of these issues hasn't diminished, as technology has changed where and how people work a fourth dimension has come to the fore - informational protection. This encompasses the ability to control what information we share with others, along with the numerous streams of information fighting for our attention. Having control over those two streams provides an added sense of privacy known as stimulation control - the ability to manage distractions.

Although there is no one-size-fits-all solution, there are several ways that organisations can design the workplace to facilitate the privacy needs of employees in different situations. Privacy is a universal need, but there are a number of factors that influence why and how much people seek privacy, including their personality, state of mind, country, corporate culture and the task at hand.

Not only do all workers have their personal privacy needs in general, but these needs do change. The same environment may be right for someone one day, but too distracting or too isolating the next. The answer is to create a diverse ecosystem of spaces that accommodate a spectrum of personalities, preferences, moods, schedules and tasks, giving staff more control over how and where they work at any given time.

There are two primary strategies to ensure that workplaces achieve greater privacy - a distributed model or a zone model.

In a distributed model, spaces that support stimulation control are blended within both individual and group work areas. This model makes it easy for people to shift between modes of work, allowing for more spontaneous rather than planned privacy needs.

The zone model defines particular areas within the larger workplace that are designated as private and quiet spaces. Organisations may designate a particular area as a sort of library or quiet hub. This approach can be particularly useful for managing acoustical distraction.

The ideal quantity and types of private spaces needed by an organisation depends on the type of business, the work being performed, as well as its culture, ways of working and the budget and space at its disposal.

Global companies must also consider cultural differences across locations - what works in one country may or may not have the same effect in another.

Remote or mobile working is another factor to consider, with mobile workers having less need for private space than their office-based counterparts. As an indication, office nomads will need private space for around 15 per cent of their time on site, compared with 30 per cent for resident workers.

Different privacy needs should be facilitated with different types of boundaries, from a completely open space, to an entirely enclosed enclave for video or phone conferences, or a personal shielded environment for personal time reading or relaxing.

For those with limited space or budget, a quick fix can be to add shielding components to the existing design, to reduce the exposure felt by employees within an open-plan space.

Even open spaces can offer a degree of privacy to those who seek moderate stimulation from the surrounding environment. One strategy is to introduce a protocol, or certain rules, along with agreed communication and signalling around privacy - if and when the radio is allowed, whether employees can use headphones and when and where informal socialising is acceptable.

Although many organisations may lack the space and budget for a wholesale redesign, steps can be taken in offices of any size and with any budget to improve privacy. Whether introducing a privacy code, a shielded corner of the office, or several varied privacy zones, every little helps in creating an engaged and productive workforce.

London (Greater)
Up to £47,276 per annum plus excellent benefits
Reference
59097
END_OF_DOCUMENT_TOKEN_TO_BE_REPLACED