The skills gap: it's not just FM

Attracting fresh talent is an issue just as important to the energy sector as it is FM. Jane Hutt and Rob Thornton-Jones explain how the power engineering sector is seeking to plug its own growing skills gap. 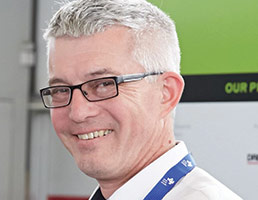 "I think, at a child's birth, if a mother could ask a fairy godmother to endow it with the most useful gift, that gift should be curiosity." So said Eleanor Roosevelt, a former First Lady of the United States and founding chairman of the United Nations Commission on Human Rights.

And though some may say that the gift of curiosity proved a curse that ultimately killed the cat, the history of human endeavour has shown it to be the fuel that powers progress.

Nowhere is this truer than in the energy sector, which faces its toughest challenges yet. From combating climate change to keeping the lights on, if it's to continue meeting the growing demands of an electrified, connected and globalised society it will need more curious people. And people who want a hands-on relationship with large electrical and mechanical devices.


Raising a 'generalist generation'
But there's a problem. Experienced talent - with the skills and expertise to innovate - is in diminishing supply. As the older generation of power engineers retires, there is an alarming lack of new blood ready to take up their spanners.

Instead, young engineers are heading to the silicon hubs. And why not? The tech scene is glamorous - and the prospect of earning billions by creating the next Google or Facebook can have a strong pull.

But this leaves the power industry with a potential skills crisis. Fewer engineers means spreading those remaining more thinly across a greater number of projects or technical responsibilities. In this climate, a young engineer will need a wide range of practical skills and a more diverse knowledge of engineering than ever before.

Of course, there's a limit to how much an engineering student can learn across the course of their degree. And what they may gain in breadth they must lose in depth. The result? The industry is in danger of producing a 'generalist generation'.

In producing Jacks and Jills of all trades with little time left to master a specialism, the industry would risk losing its ability to innovate and we'll be dangerously exposed to the problems of tomorrow. Security of supply is a case in point.

Keeping the lights on during the transition to intermittent renewable generation requires a creative approach - on both the supply and demand sides.

So how do we attract the talent needed? We reignite an interest in energy by sparking their curiosity.

There are three things the sector needs to do. We need to accept that we can't compete on glamour. The simple truth is that while we may be energy geeks, when asked about their dream job, most kids are more likely to aspire to work for the likes of Google and Facebook.

But that doesn't mean we can't still wow potential recruits. The scale and complexity of the projects and the diversity of machinery, large and small, that we can offer is unrivalled. There is more than enough substance for an ambitious engineer to fulfil his or her dreams to build something meaningful.


A fun sector
Energy storage is a great example. After years of hype, this could be the year it breaks through - completely revolutionising the energy sector in the process. Power engineers have a unique opportunity to push this technology down the value chain and spur commercially viable consumer solutions that could very quickly see swathes of savvy households [and businesses] becoming totally energy-neutral.

Next, we need to make students see the sector as fun once more. At the moment, energy issues are often taught in an academic fashion but the sector needs practical engineers. If you design it, you want to see it working as a reality, not 'in theory'. If you fix it, you want it to work better than ever. It's not often you find a power plant engineer who wants to be tied to a desk - and this is as true in the classroom as it is in the world of work.

If more universities could incorporate hands-on elements into their courses they'd be more likely to capture their students' imaginations. It's not the industry's place to tell universities how to teach, but that doesn't mean we can't speak to them about approaches that might help close the skills gap.

Finally, this practical education should continue when recruits enter the workplace. We need to become better at passing down specialist skills from generation to generation - ensuring that expert knowledge stays within the industry.

Where these generations collide, real innovation emerges that can spark the curiosity needed to work toward common goals. This is how new ideas, approaches and novel solutions to challenges, both old and new, will emerge.

Make no mistake, this is crucial. We need new ideas. Without them we might find that it was in fact a lack of curiosity that killed the cat.

Jane Hutt, from International Generator Technical Community, and Rob Thornton-Jones, from BRUSH Turbogenerators. Both are on the Power-Gen Europe and Renewable Energy World Europe advisory board