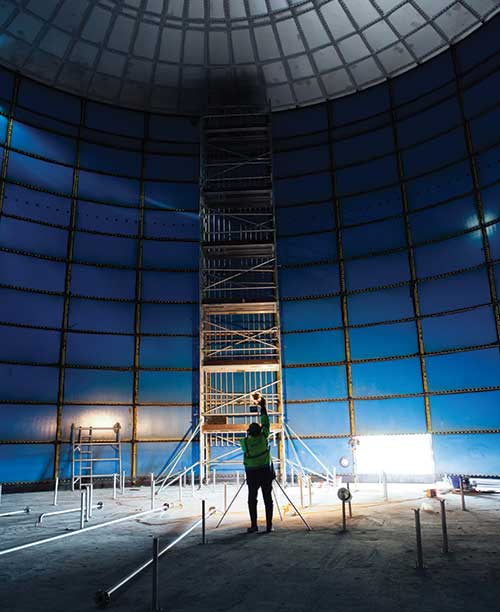 Food waste has huge financial, environmental and ethical implications and often it's the cost of food waste that gets people listening. Mike Hanson surveys the state of play of the anaerobic digestion market in 2016.

Analyst Visiongain estimates that the global anaerobic digestion market will see a total expenditure of $6,425 million (£4.325 billion) in 2016.

What is anaerobic digestion?

Anaerobic digestion (AD) is the process in which food waste is broken down to produce biogas and biofertiliser. This happens in a sealed, oxygen-free tank called an anaerobic digester. The biogas naturally created in the sealed tanks is used as a fuel in a CHP (combined heat and power) unit to generate renewable energy i.e. electricity and heat. What is left is a nutrient rich biofertiliser that can then be used as
an alternative to fossil fuel-derived fertilisers.

What are businesses currently using to
dispose of food waste?

Despite cost of landfill continuing to rise, 35 per cent of food waste is still disposed of in this way. The majority of businesses today are still using macerators to break up and destroy their food waste. A commercial food waste disposal unit macerates the food waste and disposes of it to the sewer. These machines can be incredibly damaging to the environment, consuming around 15 litres of water a minute, using energy all day and disposing of the food waste into our sewer system. They can be incredibly expensive to run, costing on average around £6,000 a year in just water and energy, but because the costs are absorbed into a company's overall energy bills, many businesses do not realise just how much money they are spending on disposing of their food waste in this way."

The AD sector is still a fledgling, but it has grown significantly since 2010. The number of on-site industrial AD plants at breweries, distilleries, dairies and food factories has doubled in the past five years.

The growth of AD has been supported mainly by the government's renewable energy policies - the Feed-in Tariff for electricity and the Renewable Heat Incentive for green gas and heat. One of the great benefits of AD is that it produces 'baseload' (i.e. constantly generated) energy in the form of a gas. This flexible fuel source has proved enticing to businesses that are using it to replace natural gas used to provide
their heating or electricity.

What's the future for AD?

Incentives for new projects have been heavily constrained, but the government has now agreed a new budget for the Renewable Heat Incentive that will provide bonuses to businesses and consumers who install renewable heating in place of fossil fuels. This could have a big impact on the growth of the AD sector, increasing operators' incentives, and supporting an increase in on-site AD as the government is keen to prioritise waste management.

The Department of Energy and Climate Change (DECC) is currently consulting on the Feed-in Tariff for AD, proposing restrictions to plant sizes and feedstocks which commentators argue will make it harder to deploy viable AD plants using waste, crops or agricultural residues.

Ultimately, the more waste that goes to AD, the more the AD sector grows and the more opportunities there are to recycle food waste.

Mike Hanson is head of sustainable business at BaxterStorey