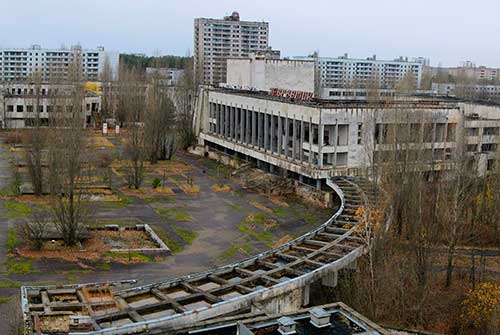 This is where we highlight specific technological solutions to typical facilities management problems. Email explanations you'd like to see to: [email protected]

Even nuclear disaster zones require air handling units and ductwork. Here, Jamie Harris finds out what measures are in place for the equipment to survive for 100 years, and for people to complete work in such a hazardous working environment

The Chernobyl New Safe Confinement (NSC) is a structure, set to be completed in 2017, which will protect the surrounding environment from radioactive material leaking from the reactor complex in northern Ukraine.

The NSC was also commissioned to then allow for a partial demolition of the old structure, which was destroyed in April 1986 by an explosion at the nuclear power plant.

UK-based nuclear ductwork and ventilation services provider Hargreaves was selected to provide ductwork for the structure. We asked the organisation what technical adaptations to the unit are required in a volatile environment, such as at Chernobyl.

Safety issues
The NSC was constructed 600 metres away from the damaged reactor to enable longer working periods at relatively low levels of ground-level radiation.

Every worker (there are (2,000 people working on the project) is fitted with a dosimeter radiation monitor.

60 radiation specialists are in place to oversee safe working conditions.

The surrounding air for suspended dust particles is monitored, as are people's hands and the bottoms of their shoes. 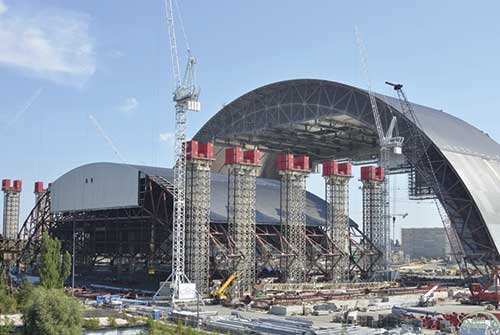 NSC has been separated into separate zones across the four buildings, each compromising of at least one air supply system and one air extraction unit.

Ukraine has temperatures ranging from -22 to 30 degrees Celsius, so provisions are required to ensure the ventilation can manage the vast changes in air pressure and temperature throughout the 100-year lifespan.

The systems are required to be able to withstand seismic disturbances and temperatures of up to 250°C. 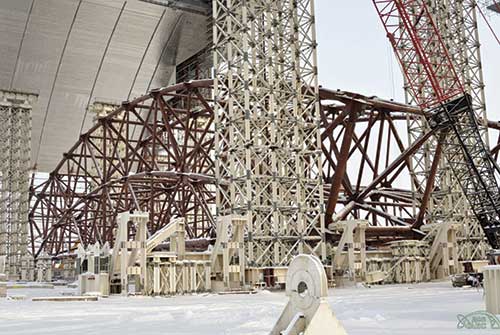