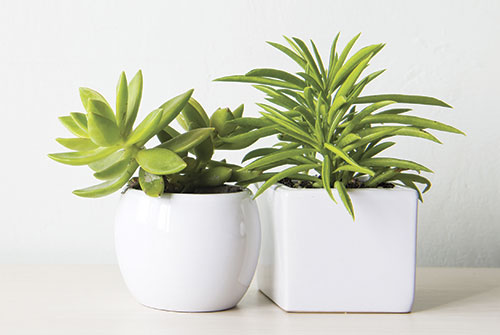 This is where we highlight specific technological solutions to typical facilities management problems. Email explanations you'd like to see to

In 1989, the National Aeronautics and Space Administration (NASA) and the Associated Landscape Contractors of America (ALCA) published a research paper, Interior Landscape Plants for Indoor Air Pollution Abatement. The report, by BC Wolverton, Willard L Douglas and Keith Bounds, researched methods of cleaning the air in space stations.

NASA said: "If man is to move into closed environments, on Earth or in space, he must take along nature's life support system."

The paper is now 27 years old, but it references building performance issues that are still relevant today: "During the late 1970s, when the energy crunch was being felt at both the gas pump and in heating and cooling costs, buildings were being designed to maximise energy efficiency to alleviate spiralling energy costs."

The authors noted that building design changes implemented that improved energy efficiency at the time included "super-insulation and reduced fresh air exchange", but occupants of these more efficient sites complained of health problems, including itchy eyes and skin rashes. The research determined that "the airtight sealing of buildings" and the materials used to make office equipment, furnishings and synthetic building materials affected workers' health. NASA had identified indoor air problems within sealed space habitats in 1974.

Wolverton et al explained that these factors all contribute to "sick building syndrome", a term first used by the World Health Organisation in 1986 when it found that "almost 30 per cent of all new or remodelled buildings had varying degrees of indoor air pollution". And the problem has not gone away; a YouGov survey published in August 2016 says nearly 70 per cent of office workers feel poor air quality in their buildings has a negative impact on day-to-day productivity.

A study by researchers at Harvard TH Chan School of Public Health and SUNY Upstate Medical University published in October 2016 shows that working in green-certified buildings is associated with fewer sick building symptoms and higher sleep quality scores, as well as better cognition.

The NASA study pointed to a number of steps to reduce indoor air pollution, including reducing off-gassing from building materials and furnishings before installation. But it also pointed to "the use of plants and their associated soil microorganisms".

While all plants absorb carbon dioxide and release oxygen into the environment, the report found that a number of plants have air-filtering qualities that help to eliminate toxic chemicals from the local atmosphere. Wolverton has published further papers and books on this subject, including Plants And Soil Microorganisms: Removal Of Formaldehyde, Xylene, And Ammonia From The Indoor Environment in the Journal of the Mississippi Academy of Sciences (1993) and How to Grow Fresh Air (1996).

In the NASA paper the authors tested the air filtering qualities of several indoor plants against toxic chemicals found in home and working environments, including:

Benzene - a solvent present in gasoline, inks, oils, paints, plastics and rubber. It is also used to make detergents and pharmaceuticals. Short-term exposure to benzene can result in irritation to eyes and skin, drowsiness, headaches.

Trichloroethylene - used in the dry cleaning industry, in printing inks, paints and adhesives. Short-term exposure to it can result in dizziness and nausea.

Formaldehyde - found in "virtually all indoor environments", including in some foam insulations, plywood panelling, synthetic fabrics, paper bags, facial tissues, napkins and common household cleaning agents. Short-term exposure can result in irritation to nose, mouth and throat. More severe cases can include swelling of the larynx.

[The following chemicals were tested as part of Wolverton's later study in 1993]:

Each plant was subjected to each chemical while placed in a sealed chamber. Researchers monitored the level of the chemical in the chamber over the course of 24 hours, the total plant leaf surface area and the total amount (in micrograms) of each chemical removed per plant.

Houseplants that need little light were found to show the potential for removing trace pollutants from indoor air. Researchers also noted that the plant root and soil area was the most effective part of the plant at removing pollutants from its environment. 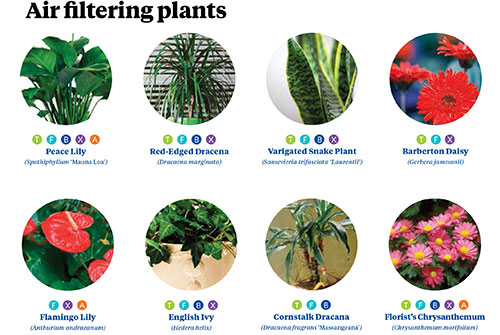 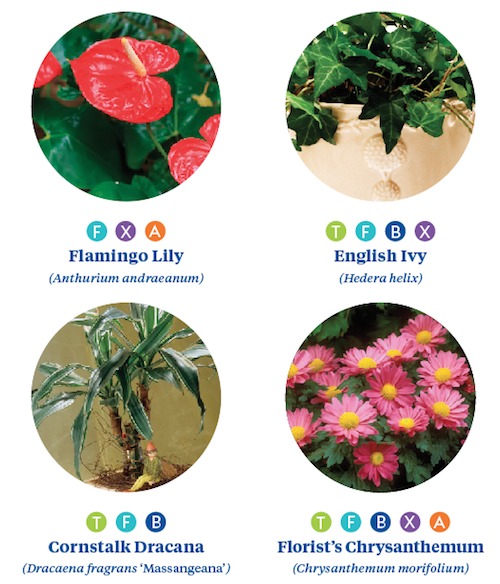 London (Greater)
Up to £47,276 per annum plus excellent benefits
Reference
59097
END_OF_DOCUMENT_TOKEN_TO_BE_REPLACED