How to prepare your site for the nesting season 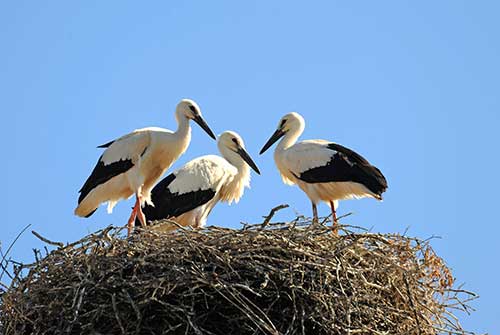 The UK nesting season begins in March, so John Dickson of NBC Environment runs through what FMs need to do to make sure their site is prepared.

The nesting season in the UK begins in March, while the young typically fledge in July. Businesses working within the construction, development and facilities management sectors are being warned to take vital precautionary measures now to bird-proof sites to avoid the risk of costly days.

If nesting birds are found anywhere on a construction site it is enough to bring work to a halt. Companies that remove birds or nests themselves are breaking the law and this can result in substantial fines or even a custodial sentence.

It's a scenario that many businesses may not consider until it is too late. But it can mean delaying works during some of the most productive months of the year until the birds have fledged, and this can have significant financial consequences.

The Wildlife and Countryside Act 1981 specifies that it is illegal to destroy, or even move, any bird's nest, and in some cases it is an offence to simply disturb nesting birds. This means it isn't just projects in rural locations that are at risk, urban, green and brownfield development sites can be equally susceptible.

You can still put mitigation measures in place before the breeding season begins. A sensible precaution is to bring in a bird behavioural ecologist to survey the site to identify previous signs of nesting to pinpoint species that could return to the area. As the nesting season approaches the consultant can also look for courtship behaviours that may indicate further risk. They will then produce a RAG report and advise on acceptable measures to take to avoid potential conflicts and provide auditable evidence to safeguard the project.

A single nest could represent tens of thousands of pounds in lost revenues.

1. Bird behavioural experts carry out a survey to identify species that have previously nested within the development areas or have the potential to do so. All bird activity (species and behaviour) is recorded, while a GPS system lists the location to within a few metres.

2. The data is analysed by an ecologist to identify any patterns, such as courtship behaviour that may indicate the risk of birds nesting in an area. The levels of protection of the species on-site risk are noted.

3. Carry out habitat management in areas on a development site that have the potential to support ground nesting bird populations before the nesting period. This may include cutting grass or grass disturbance, the removal of shrubs and trees.

4. Maintenance is implemented to restrict access to a development zone. Netting can be deployed to remove the risk of nesting birds interrupting development; this can be used on hedgerows and property due for demolition or development.

5. Bird disturbance operations: If birds are regularly observed showing courtship behaviour, disturbance and displacement techniques may be used if it is not possible to proof the area to change the birds' behaviour and to encourage them to choose an area away from the site. Deterrents, such as distress calls, bird-scaring lasers or falconry can be used.

Birds Protected By Special Penalties At All Times

London (Central)
Circa £50,000 per annum depending on experience
Reference
59380
END_OF_DOCUMENT_TOKEN_TO_BE_REPLACED