The variable way to pump efficiency 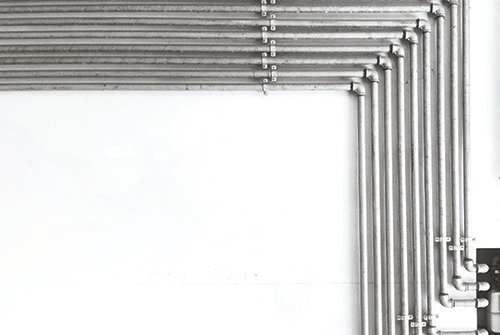 Control of energy consumption comes in many forms, not least through the deployment of effective water pumping systems. Here, Richard Sharp, general manager at Xylem, explains how variable speed pumping systems can have advantages that can add up over time.

Many businesses and housing accommodation sites today need to implement a water booster set to ensure that water is pressurised sufficiently to reach all points of use; a particularly important issue in expansive or multi-storey buildings.

Traditional booster sets work at a fixed speed, which could be the most cost-effective option if constant pumping is required. But in environments where there is a dramatic difference in peak and low demand times, such as in an apartment block, this means that the level of energy consumed remains the same even when demand for water is low. This can be both damaging and wasteful because it reduces the life expectancy of the equipment.

Another option, a pressure switch control system, consumes vast energy and brings with it the added danger of pressure spikes in the system because of the pump operating at full speed. This can result in hydraulic noise and pressure surges.

A variable speed pumping system helps to ensure that the amount of water being used does not exceed the demand, improving the efficiency of the system. Some estimate that changing a conventional fixed speed into a variable speed booster set can deliver a reduction of 50 per cent on energy use.

Furthermore, any variable speed drives are universally compatible and can be retrofitted to an existing booster set. These drives communicate throughout the booster set and determine how much pressure is needed to meet the demand currently being experienced.

Going with the flow

However, while energy costs offer the most compelling reason for the conversion of fixed-speed pumps to variable speed, the drives can also provide dry-run protection, as it can recognise if a system is empty following a water failure or power failure that has incapacitated the pumps.

Once the pumps are back in action, the softer start fills the system slowly, preventing fittings from being damaged or shocked and reducing the velocity of the water up the riser. It is important to note that when an outlet such as a tap or shower is opened, if the speed at which water flows is instantly at its maximum it will eventually cause cavitation in the joints, which will lead to leaks and burst pipework.

Inside the booster set itself, parts that traditionally wear out quickly, such as motor bearings, are protected because of the variable nature at which the pump runs. Most pumps running at full speed will require regular maintenance every 18 months, so switching to a variable speed can give a longer life span for the pump and consumable parts.

And with no requirement for large expansion tanks as a result of the variable speed drive application, specifiers can considerably reduce the footprint of the applications - a major benefit in both new and retrofit applications.

Variable speed drives are often retrofitted, with additional unit fixes to the top of each pump, enabling communication with the booster set and helping to determine how much pressure is needed to meet the demand.

As energy costs rise there is a clear need for FMs, specifiers, and contractors to accurately identify fixed-speed pumping costs in building services applications. Where there is opportunity to fit a fixed-speed pump with a variable speed drive it should be taken because the return on investment calculation is often very compelling.