What's the difference between smoke and fire dampers? 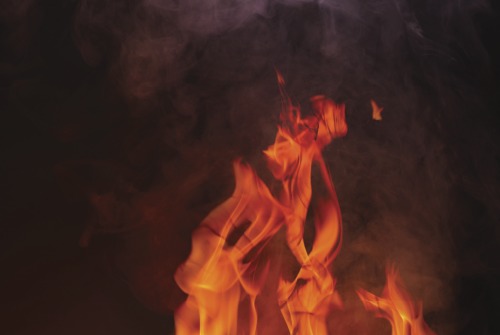 Smoke and fire dampers serve the same purpose as any smoke control equipment: they facilitate the escape of building occupants and allow easier firefighter access. Which is to say, they save lives and protect property by ensuring a building's HVAC system circulates air when it needs to, and doesn't circulate fire and smoke if a blaze starts. That means their maintenance is of the utmost importance.

Ostensibly, smoke and fire dampers fill incredibly similar roles. They're put in similar locations and they're both designed to stop ducting becoming a weak point in a building's fire safety arrangements. They're louvred vents or shutters within ductwork, allowing air to pass through in normal circumstances but slamming shut when a fire breaks out, stopping it from flowing through the ducts and undermining the fire rating of the building's structural elements.

But there are differences, and they boil down to where the damper is situated and how they operate.

While methods of operation can be interchangeable, it's more common for smoke dampers to be motorised and connected to a control panel. This means smoke detectors and controls are responsible for activating the damper, which makes testing for maintenance purposes easier.

Fire dampers would more usually be fitted with mechanical or fusible linkages, which operate under high temperatures and cause the louvres or shutters to shut firm. This method may be considered more 'fail-safe' as it's the action of the fire itself that activates the damper, but it means that by the time the damper activates there may already have been significant passage of smoke (which travels so much faster than flames).

Also note that there are hybrid dampers available, which fulfil the roles of both smoke and fire dampers.

Regardless of operating system or purpose, the message is clear - ducting has the potential to be a building's Achilles' heel in a fire, so dampers that are well maintained and ready to function at a moment's notice are vital to the success of that building's fire strategy.

Manufacturers' recommendations can vary, but most will suggest annual 'hands on' inspection, testing, cleaning and lubrication. The latest HSE bulletins and guidance documents include more of a focus upon the information recorded about dampers' condition, with traceability and photography a primary concern.

FIRAS accreditation is the only standard that openly seeks to provide accreditation on the methods and standards of work provided during maintenance and also includes details on 'fire stopping' and other considerations in the 'passive' prevention of fire passing through barriers, e.g. correct installation, inspection, maintenance and refurbishment, and so on.