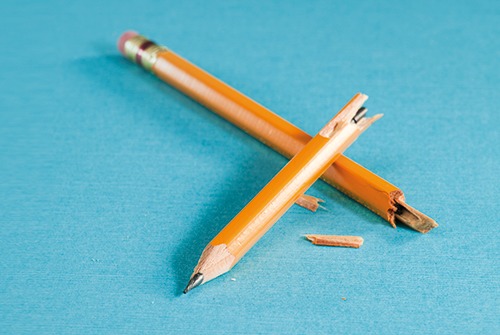 Owen Gower, performance and quality manager at Sheffield Hallam University, shares his views on how FMs need to find better ways of dealing with stress.

It is Mental Health Awareness Week from 10-16 May 2021 and Facilitate is sharing articles past and present that have covered this important topic. Here is an article from March 2018 from Owen Gower, who openly shares the lessons learned from own struggles with mental health.

In a blog post in April last year you wrote that the FM industry tends to be supportive, which helped you decide to share your experiences of being on a psychiatric ward. What type of support have you received from your peers since?

Since I opened up about my mental health problems, support from peers has been incredible. Former colleagues and people in my network appeared from all over to wish me well and lend their support. I've also had brilliant support from my new employer. The type of support I've embraced the most is the open nature in which we can now discuss mental health - and not just mine. I took the risk and shared my experience candidly, and others now feel able to share their own struggles or successes with me. It has created a sort of microculture of openness in which talking about mental health is as ordinary as offering to make a coffee for someone in the office. I take mine black with one sugar, just saying

What have you learnt in the past year about managing stress at work?

I've learnt the hard way that I was doing it all wrong! It's hard to make my response to this relatable, mainly because I have a bipolar condition through which I used to channel stress into activity. To always be on the go. To react to stress by piling more on top of it so that I was constantly on a manic voyage of mental exploitation. But it was the drop-off point that got me, when I finally ran out of steam and crashed. So now I try and avoid all of that. Don't get me wrong; I can still be in stressful situations and cope OK, but so far I've managed to keep the lid on it by allowing myself extra time to wind up and down. That and the (prescribed) drugs.

What are some of the warning signs highly stressed FMs should look out for?

We all lose our cool from time to time, but losing it too often can be a foreboding sign. That and the obvious ones such as worsening sleep patterns, irritability and appetite fluctuations. I went from 11 stones to 9st to 13st in a year. I blame the Nutella. I want to highlight that other people notice the signs before you do. Stressed FMs should give their colleagues, friends and family the ability to look out for these signs on their behalf. Be open and honest with the people who care about you and don't be afraid to take a step back to recharge.

What has motivated you to speak out about mental health issues publicly and how has it helped you manage your diagnosis?

My main reason for writing that blog last April was to explain to people en masse where I'd been for the past few months. Why I hadn't answered their calls, been in touch or followed through on plans and commitments. When I went into hospital I was forced to cut myself off from everyone. So when I came out, rather than start every conversation with: "Actually, I was on a psych ward - turns out I'm proper crazy after all." I shouted it from the metaphorical treetops and got it out of the way all in one go.  It relieved a lot of the pressure I was feeling, but it was also part of the plan to manage my condition. If everyone knows, I don't have to make excuses. I was ashamed of what I'd been through, but someone once told me that if you're ashamed of something recognise it and own it.

What advice would you give to FMs struggling with physical or mental health due to work stress?

Mental health is woefully underfunded in the NHS so it's a long process to get medical support. The first point of call is your GP. That gets you into the health and legal system, covering you for anything that may potentially come down the line. Going to the GP doesn't have to lead straight to time off work. I had months of medical support before I took a single sick day. You might be able to get medication to support you. Medication for mental health isn't the be-all and end-all, but it takes the edge off. In terms of day to day, speak about it, even if you don't think it's affecting you, give people a chance to help you. Hiding it is where the real danger lies.

This article originally appeared in the March 2018 edition of Facilitate.

London (Greater)
Up to £47,276 per annum plus excellent benefits
Reference
59097
END_OF_DOCUMENT_TOKEN_TO_BE_REPLACED