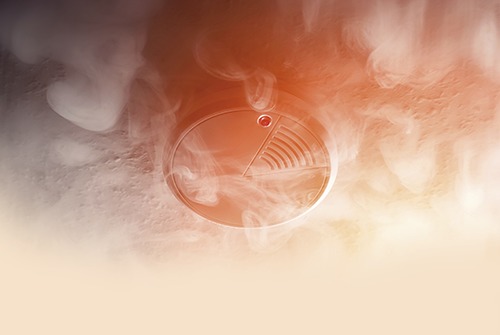 In the wake of tragedies such as the Grenfell fire, the question of responsibility becomes paramount. David Prince  offers advice on ensuring effective oversight and aligning responsibility.

How can work carried out by others affect an FM's ability to maintain fire detection systems?

In the past, accidents have happened because work carried out by a commissioned company was not done correctly. In the case of a fire, these failures will fall back on the responsible person who might not have known that these risks even existed.

For example, an engineer recently drilled a hole in a wall to install a data cable. Later, a fire broke out in the building but the fire alarm wasn't triggered on time because the smoke had escaped through the hole instead and went undetected by the alarm. Fortunately, no one was hurt, but it is only a matter of time until a similar situation might cause a fatality.

But who in this case was responsible for the safety issue? Although the engineer had made the mistake, the person liable will be the assigned responsible person for the building, which in many cases, is the FM.

How common are these types of incidents and why do they happen?

The first and important step is finding out who is in charge of fire safety in the building. It might sound simple, but identifying those responsible for premises can, unfortunately, be a difficult process - particularly where premises are owned and managed by corporate entities.

Large organisations can divide responsibilities between different companies and hiding behind the corporate veil is commonplace.

This has led to incidents where careless work carried out by another party has made FMs liable for damages. If the auditor misses hazards or installs equipment incorrectly, consequences will fall to the manager. Therefore, they need to be certain that anyone carrying out work in the building is competent, thorough and reliable.

Minor safety breaches are far more common than one would think. Since the Grenfell fire, more audits are carried out to find and erase safety issues to make sure such incidents don't happen again.

What can FMs do to safeguard against these incidents?

Make sure responsibilities are clearly assigned and communicated. If the FM employs an assessor or a fire safety officer to carry out certain work, such as installing safety measures, it is the manager's fault if the work isn't done correctly.

A common mistake is to think that outsourcing a task means handing liability over, but that isn't the case. A task may be handed to a subcontracted company without knowledge of whether they are capable.

Assuring competence is most important. Until the definition of 'competent person' has been clarified by stating exactly what accreditations and training make a person 'competent', finding a reliable fire safety officer will be essential.

What are the repercussions of failing to ensure safety?

High breaches and potential prison sentences aren't the only consequences when an FM fails to maintain fire safety. In the worst-case scenario, it can cost lives. That is why offences are prosecuted and sentenced very strictly.

Guaranteeing a building's safety can be a challenging and even frightening task for a single person, but there are many reliable sources of support and guidance, such as official documents on the government's website, which can assist with conducting a fire risk assessment or finding out how to source a trusted

Ensuring fire safety shouldn't be a scary or non-transparent process. Anyone trying to improve their safety plan will find more support and advice now than ever before, both from official sites and private ones.

After all, being secured against fire incidents are to the benefit of everyone involved.

David Prince is a health and safety consultant at Arinite