You can leave your cap on 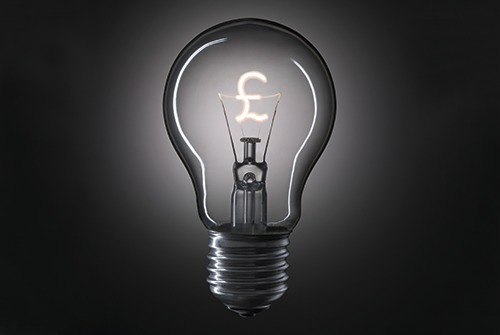 Atif Saleri explains why Ofgem is introducing the DCP161 regulation and what facilities managers can do to cap consumption.

Energy regulator Ofgem has introduced legislation to encourage electricity consumers to manage consumption more carefully. DCP161 allows utilities to charge up to three times the standard rate depending on their region and the supply voltage.

The new rates are being applied to customers that exceed their agreed peak consumption over half-hour time periods.

Utilities have had to upgrade the network to ensure the power grid can handle the load and, until now, the cost of these upgrades has been passed on to all customers, whether they exceed their contract or not.

Ofgem decided to introduce DCP161 so that the cost is distributed more fairly.

The penalty charges will prompt some to negotiate with their supplier to set a higher peak consumption.

An alternative approach is to install fail-safe equipment to place a limit on energy use by heating, ventilation and air conditioning (HVAC) and other systems in a way that is invisible to a building's occupants.

The conventional way to achieve this is to install load control devices and use a PLC (programmable logic controller) to monitor consumption and switch off individual devices. These can be expensive and complex to install, especially on large sites with multiple loads.

However, automatic power management can be built into the latest generation of low-voltage circuit breakers, which have a function called Electrical Distribution Control System (EDCS), as well as built-in metering, control and communication. This enables circuit breakers to monitor consumption and automatically switch off low-priority loads to keep use below an upper limit. It will switch them back on when consumption has reduced.

Circuit breakers achieve this is with a four-step algorithm: monitor, synchronise, evaluate, and load management.

The circuit breaker monitors power use based on data from in-built metering. It then synchronise average consumption over half-hour billing periods - and will forecast consumption over these periods.

When consumption approaches the maximum average level, the intelligent decision-making identifies the lowest-priority load, based on a set of rules that compares consumption with loads available for switching. Each load is assigned a different priority, which takes into account its 'respect time'. This is the minimum period that loads must remain connected or disconnected and can only switch when their respect time is over.

The last step is load management - when the circuit breaker controls power to switch off loads or return them to service.

An Italian manufacturer has adopted these circuit breakers as power controllers to achieve annual savings of up to 11,000. The Bergamo plant has HVAC loads with a total capacity of 400 kilowatts.

Four circuit breakers control the flow of power to up to 15 individual loads or 15 groups of loads each. They are connected by an Ethernet communication cable. One of the four circuit breakers is equipped with EDCS power management software in its trip unit, so it doesn't need a complex control system or dedicated software.

Built-in metering on the circuit breakers monitors use and the EDCS decides whether, when and which loads to disconnect. It sends a command to the relevant breaker to control the power.

Another example is the Life Sciences Center at Vilnius University in Lithuania. The city's public utility restricts consumption during peak hours, meaning the university could experience unexpected disconnections if it exceeds maximum consumption.

As a result, the university's electrical contractor chose to install new circuit breakers with EDCS to control loads and shut off non-essential equipment if needed.