A tale of two responsibilities 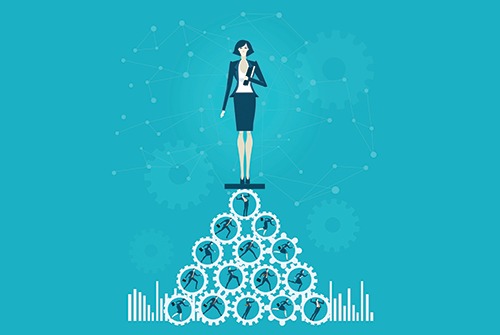 In August 2009, I began as 'the people person' at Servest. I'm now UK CEO, which may be perceived as a colossal jump - and in some ways it is. My people strategies, ethics, and personal drivers haven't changed, only my responsibilities to the success of the company.

From HR to People Services

I joined Servest Group before it had a well-established people function. In those days, we referred to ourselves as 'human resources', which felt cold for a people-focused department. Now, we're known as a leading people-centric organisation, so we're more accurately referred to as 'people services' or the 'people function'.

As an HR professional, there are few places where you can experience such a broadness of experiences around such diverse people and cultures than in the world of FM. When you are excited about your work, it's easier to do a great job - by growing through Servest, I was lucky enough to be recognised early and given the opportunities to progress.

It really is about the people

FM genuinely is about looking after people and creating safe, functional and effective environments for them to do their best work. My approach has always been to explain how our people can make a client's organisation amazing. If we, as FM service providers, look after our own people, they'll do a great job looking after customers' spaces and their people.

Conversations from the helm

Although I've moved out of the people function, I'm no less interested in it. Leading up to my role change in October, I'd already decided to communicate with as many colleagues as possible every week - a video update seemed the best way. Since becoming CEO, I felt this should not only be an internal conversation, but also available for those outside the business.

Communication is a battle that all large corporates face. Running a business of our size and working with such diverse customer situations make it difficult to connect with everyone. Often, senior leadership feels closed off to the business, so we're reliant on messages being translated accurately. Having a conversation with the business is something that can feel impossible, but with technology now at our fingertips it is possible - and important to try.

For me, and Servest, it's important that people get a sense of who we are and what we're about. People who are looking to join us, or those in our supply chain who want to understand our business - it all helps, as it's a window into our group. Each Friday I get to tell the business about the great stuff that's going on, which has been well received.

Recently, I've spent a lot of time with our Johannesburg team and it is fascinating from a cultural standpoint. Our South African colleagues feel like 'Servestians' despite the backdrop of challenges they have in South Africa being so different culturally to what we face in the UK - that brings a really interesting dynamic to our discussions. Guided by Rob Legge, our group CEO, and his role across territories, we've worked hard to bring the teams closer together and to interact more.

I feel a real sense of achievement, but it's important to focus on delivery while remaining authentic to myself. I'm not trying to prove something because I'm female, but rather I'm proving that this business is incredibly important to me - and I'm now the chief executive of it.

As chief people officer from 2013 to 2017, I was an advisory colleague to some of the senior leadership team. I was right to imagine the shift to CEO would be another step forward. The scope is vastly different in comparison with a role that looks after a single discipline. I love the customer-facing element and the variety of discussions I now have. Much of my approach to people and providing choice applies to our customers as well, which has given me solid foundations upon which to fulfil the demands of CEO.

London (Greater)
Up to £47,276 per annum plus excellent benefits
Reference
59097
END_OF_DOCUMENT_TOKEN_TO_BE_REPLACED