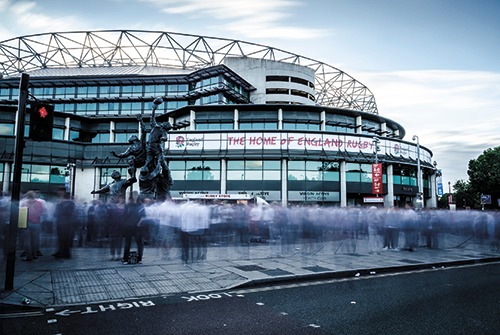 Russell Penny discusses how the move from forensic to real-time video surveillance helps FMs to secure their venues all year round.

In today's increasingly unpredictable world, it's a fact of life that stadiums and venues are under a heightened risk from terror-related activity.

Although it has always been necessary to guarantee the security of locations where large groups of people gather in constrained and often enclosed spaces, recent incidents have caused sporting and leisure facility managers to escalate their focus on critical security measures to guarantee the safety of visitors.

The past year saw authorities deploy the biggest-ever security operation at the American Super Bowl, which included bomb-sniffing dogs, police patrols, helicopters and chain-link and concrete fencing among other security measures, while in the UK, several facilities including Twickenham Stadium and the SSE Arena, Belfast, have significantly enhanced their security provisions.

For these venues and many others, this involved a move from analogue CCTV to IP camera technology, evolving their systems beyond simply being forensic tools. The major benefits of network video over its analogue counterpart include:

 Viewing footage in real-time, which helps security teams to track and stop suspicious behaviour as well as respond to incidents as they occur, adapting to changes and meeting the demands of large public spaces.

 Images that are up to 10 times higher quality than analogue systems.

Clearer images at low lighting events such as concerts.

Analogue CCTV technology is not able to provide the real-time data today's FMs need. No credible threat can be deterred by a security system that can only provide a historical record.

In addition, a threat cannot be detected if a security system is unable to provide real-time detection to alert the relevant agency.

Finally, no threat will be delayed

unless counter means can be initiated in a timely manner. This has meant that IP is now the de facto technology in any new sporting or leisure facility.

Security teams must be able to identify and track potential issues in real-time, before, during and after an event. Even in the absence of an event, the premises are constantly monitored as there may be smaller conferences and maintenance workers on site.

IP technology connects the physical security system to a network, allowing all aspects of a venue's security features to link, from smoke and fire alarms through to access control.

For example, if a fire alarm is triggered, an IP-enabled video camera may be able to quickly determine if the risk is real, potentially preventing the complete evacuation of a stadium if the alarm is false.

Guaranteeing the safety of those at an event is crucial and physical security solutions still play a vital role.

There is always a vast amount of movement inside and outside a venue - contractors visiting the site or business professionals using facilities for corporate events, through to members of the public taking venue tours or using on-site leisure facilities.

So being alert to security issues 24/7, 365 days a year, is of the utmost importance. In the case of an incident a proactive, real-time surveillance system could not only facilitate a fast response from the security team, but also deter a threat.

FMs face huge challenges, from ensuring the safety of venue users through to proving a security installation's return on investment outside of event days. Modern IP technology alone is not the answer to securing a venue completely, but without it, the task is far more challenging.