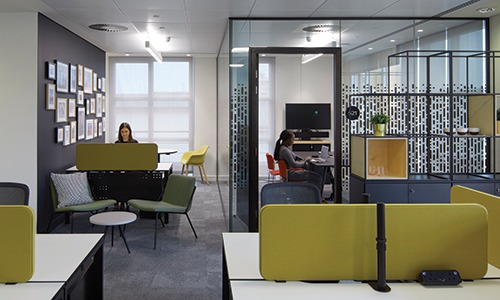 Ian Jones shares his learnings from the ITV relocation project.

I have just finished probably the most complicated project I've undertaken as a workplace manager. ITV has done the opposite of what most companies do when moving businesses: instead of bringing people together into one building we've spent the last 15 months moving them into three as we couldn't find a big enough building available on a short-term lease.

The idea - now we've moved out - is to demolish the property on the South Bank, build a new building and move back in again.

Here's where the Workplace team focused and the lessons we learnt.

'Lift and shift' was our basic brief. We didn't have time to do much culture change work so we picked a few areas to improve the workplace experience: meeting room technology, more collaboration space and a new internal brand.

We didn't tender the interior design or fit-out contracts. "Are you mad?" I hear the procurement people groan.

We were going to be working in three places simultaneously so we needed a decent-sized design outfit. I chose MCM. I knew the principal, with whom I had never worked, but I'd been on a few building tours and knew their work.

I met the designer who 'got us' immediately bringing to our first meeting a photo of a dog in a toy car he had just taken outside our building - that's TV, you're hired!

The fit-out contractor was equally easy to appoint so we didn't tender this either. I have worked with Overbuy many times but I wanted to work with the minor works rather than major works division. A risk? Yes, but they knew us and would be far less contractual in their approach.

A relationship developed through mutual trust is worth far more than just knocking down price in a tendering exercise.

We had three buildings to fit out simultaneously but weren't allowed to talk to the business until all three buildings were secured. So I briefed stages 0 and 1, with a 'This is ITV' presentation to designers and consultants. We then started stage 2 and had this completed before we'd interviewed the first business stakeholder.

D-Day (the first day we could talk to the business) was 6 June 2017 and the first space had to be ready by January 2018. In the second building for daytime studios, we had to wait for practical completion of the landlord's fit-out before we could start (the next day!).

And then the main event: 105,000 square feet of space on two leases - one lease was not available until Christmas 2017 and the first 90,000 square feet had to be taken from an existing company, which had to move out before we could demolish its fit-out and start ours.

Shortcuts are inevitable so keep your professional team close and well briefed. We had many more project meetings than usual - and with such a short programme changes were made on the fly and contractors had to be flexible. 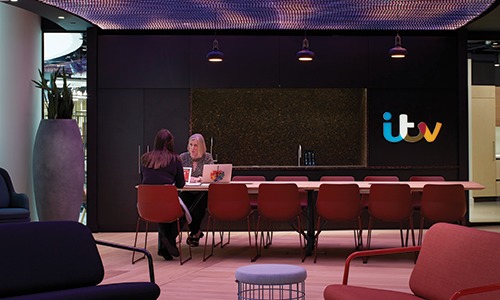 A BIM solution would have been brilliant, but we worked with many small contractors that hadn't used BIM processes and it would have taken too long to set up.

All three landlords had drawings on different CAD systems with different layering. Some were general services arrangement, others were detailed but out of date.

Some of the as-builts of the new space weren't really as-built! So instead we started every meeting for each building making sure everyone was working on the most recent version of the plans.

When you have short timescales spend money on a resource that just coordinates drawings and receives and distributes the most recent plans and information to all involved.

In October 2017, a new CEO, Carolyn McCall, was appointed and took an immediate interest. Our original headline brief was: 'Make it feel like a TV company.'

Then McCall came in for a visit in October 2017 (she started the following January) and said instead: "Make it feel like a global entertainment company."

Excellent, but what does a global entertainment company with many internal brands look like?

So on top of everything, we had to invent a new internal brand. We decided to go for a 'grown-up' feeling, less is more - and ditched the candy-store colours.

Thankfully, we had a superb comms person working with us. We followed the structure of her original plan for more or less the whole project.

When we finally could talk to the business, I spent a lot of time briefing staff teams personally and then departments did their own thing in terms of countdown to the move.

We gathered all questions into a single document called the A to Z. This document could by used by staff for their comms and by our contractors to find out information about the buildings and the environment we were creating.

Build an A to Z and let departments do their own comms, but keep control of the main message.

A few contractors were challenged by the project's speed and struggled to break out of long-established ways of doing things. It meant information, drawings and costs we received were a few weeks behind where we were in the project.

We needed a system where we could budget 'live' and ahead of the actual costs being agreed as we had often started to build before we knew the full costs. 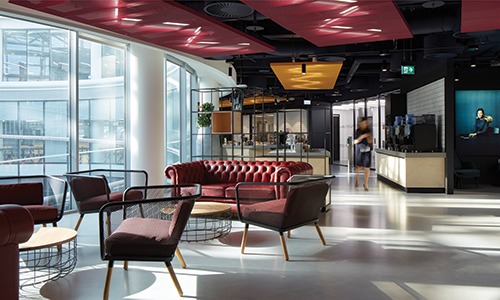 Again, trust and very close collaboration are essential. Invent your own processes.

We planned for changes, which went right up to the week we moved teams in. Nothing major, but it required desks and furniture to be rearranged and the floor 're-dressed'.

We appointed one person to lead a small team to be responsible for all last-minute changes. They controlled final layout of desks for every floor, placing soft furnishings and dressing floors with the plants, bins and coat stands.

I engaged my in-house team and used small companies I already knew for additional specialist assistance. The ITV workplace team did the space planning, engaged the various ITV teams and then programmed the move. We helped develop the new brand and select furniture, did endless presentations and probably spoke at least once to each of the 2,500 people we moved.

At least 10 of my team gained valuable experience of a project that is normally outsourced. It meant a lot of work for them as we still had BAU in a busy building, but it will make an interesting line or two to talk about in their CVs in future. If you have an in-house team, use it.