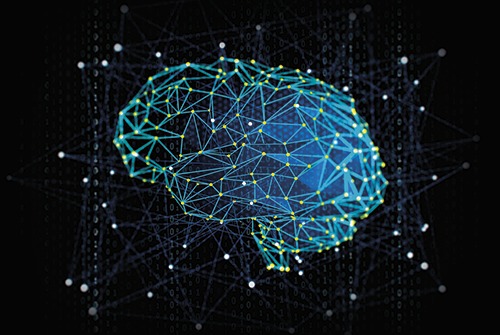 DSR, at its root, is not so complex. The grid pays energy users to reduce consumption during peak demand times, which enables the grid to manage low-carbon but more intermittent power sources such as wind and solar.

For businesses, including those with mission-critical operations, DSR does not require participants to use less energy - just to shift a portion of their demand to another time during the same day.

In the early days of DSR, businesses looking to monetise some of their capacity by load shifting found it required a trained individual in a bespoke control room responding to signals from the National Grid. Also, back then, only power responses in excess of 1MW could be considered under DSR rules.

Coupled with the advent of energy aggregation, where smaller DSR responses may be collated to provide 1MW in response, these two elements have provided new flexibility to the DSR market.

For FMs, being able to implement an AI-driven 'iDSR' system, capturing and distributing smaller amounts of power, enables the generation of a new revenue stream without devoting extra time and personnel to it.

In practice, this involves a system that gathers data about how and when devices are used then 'learns' from this information to shift energy consumption without having an impact on the functioning of the overall system - and then uses this energy for DSR income.

Load that can be shifted is everywhere, but often hard to spot and use effectively. Heating, for example, may be turned down using digital feedback by monitoring controller settings, thermostat values and ascertaining the acceptable level at which users manually set wall-mounted thermostats.

Another method is to take advantage of existing buffering systems, such as heating and cooling tanks, which can store energy and be used to maintain temperatures while the iDSR system temporarily responds to grid demand.

By taking account of existing behavioural data, the system can prevent impact on building users. And, rather than relying on unsupervised algorithms, AI management systems can ring-fence what is business-critical and never interfere with core infrastructure, such as servers, computers or cooling systems.

Integrating with the BMS

For example, upon installing our iDSR system at the Somerset Energy Innovation Centre (SEIC), we discovered the existing BMS was not fully connected to existing sub-metering.

The SEIC is a modern building with 20kW solar panels and a Trend BMS. However, the annual energy spend comes to £33,000 - roughly £10 per square metre of facility.

By accessing more than 2,000 monitoring and control points, from lighting to heating, we estimate that autonomous controls will reduce this cost by over 5 per cent and introduce a new DSR income stream.

Additionally, the more data an AI-based system gathers, the more effective the hub will become, moving from simpler targets, such as external lighting, to patterns of behaviour related to heating and appliance use.

At the SEIC, initial market estimates suggest that 20-50 per cent of overall load could be made available to generate new revenue, without affecting critical assets and individual users.

In effect, AI has the potential to help FMs in the same way as manual intervention might be expected to, by performing energy management savings first, followed by load shifting to reduce cost and, finally, load shifting for DSR income.

The crucial difference is AI can continually and affordably access small returns that add up to big gains for the consumer.

While the SEIC project is still in the early phases, the immediate results we have seen point towards payback for such an installation in under six months and, with the way AI systems learn, this will only grow more effective as the system refines the power that it uses for DSR.

Not only is it a green, efficient system, it is cost-effective too.