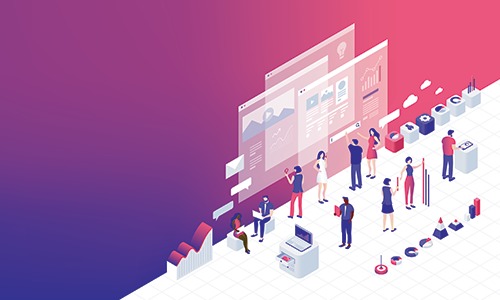 "It is a capital mistake to theorise before one has data. Insensibly one begins to twist facts to suit theories, instead of theories to suit facts." - Sherlock Holmes in A

The FM industry sometimes falls foul of this warning, pursuing operational changes without research to rationalise them - especially when purchasing technology.

It's hoped the data these units collect will demonstrate improvements, but this information can be useless without the correct means to interpret and compare.

One way to avoid this is through ongoing best practice benchmarking (OBPB). Some say benchmarking is another 'data red herring', offering a retrospective look at how performance was at a particular moment and accruing data stripped of wider context.

This is arguably true when completed once and focused on a restricted set of metrics. But benchmarking over longer periods establishes baselines and helps organisations make effective changes.

OBPB is about comparing an organisation's current service and processes against an industry standard, making improvements on those findings, then assessing the success at a later date.

In repeating the exercise, a business collects data with a wider frame of reference, so it can review progress against earlier efforts and alongside competitors and contemporaries. This gives organisations the best shot at elevating service using objective evidence and not subjective understanding of best practice.

Successful ongoing benchmarking depends on the correct frequency - usually six to eight months. It should be often enough that an update could be carried out quickly and cost-effectively but not so often that it impinges on daily operations. Regularity will uncover issues before they become too entrenched while also allowing the benchmarking to become an intrinsic part of the management function.

In cleaning, for example, ongoing benchmarking has helped to determine the positive impact of paying operatives the living wage.

With a baseline in place, this customer could determine how it influenced staff retention, productivity and engagement, as well as financial turnover.

More generally, frequent best-practice benchmarking has also allowed client organisations to assess the effectiveness of technology as it becomes more widely available, staving off the temptation to buy products while they are still untested within the FM space.

A school we worked with had an agreement with a service provider that specified the use of robots for cleaning tasks. The technology was ineffective in that space, yet the customer was still paying for it.

It is important to work with a benchmarking company that approaches the process holistically, examining 'softer', less quantifiable factors such as staff satisfaction and training and development, especially as client organisations look closely at the standard of service they receive for their money.

There is a growing understanding that the cheapest offering may not be the best choice in the long run. This is shifting emphasis away from how much service providers cost towards what differentiates them as a partner.

This is where an in-depth benchmarking process comes into its own. It can help a service provider get a grip on hard-to-quantify issues and show its customers evidence of value beyond price.

For example, a prospective client might want to know how a company treats its staff, and the service provider could show data of improved hourly wage rates and job satisfaction.