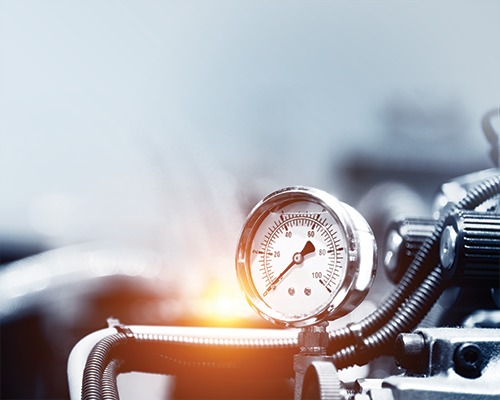 Variable speed pumps (VSPs) use a variable frequency drive (VFD) or variable speed drive (VSD) to optimise the pump speed and power consumption, while maintaining the constant outlet pressure of the pump. In such scenarios, pressure sensors are essential.

What does the pressure sensor do?

It converts the outlet pressure to an electrical signal, which the VFD uses to adjust the pump's speed. It is either included as an integral part of the pump design or mounted externally. In many cases, a high cut-out pressure switch is mounted to prevent the pump from outputting extreme pressure. An additional pressure sensor can also be mounted on the inlet of the pump to monitor efficiency.

What are the benefits of VSPs with sensors?

Where are VSPs used?

Previously used in large commercial or industrial applications, this cheaper and smaller technology means it can be used in residential applications.

Demand has also increased because water delivery is challenging amid spreading urbanisation and less consistent municipal water and power supply.

Pumps work more efficiently if they are run at a constant rate; they are also less prone to failure, with all of the associated costs of ongoing repair and maintenance.

For example, 60/70CP range pressure sensors can be used in industries that require the pumping of liquids with a high degree of reliability (10 million cycle lifespan), such as oil. They are also robust enough to withstand damaging pressure spikes and hydraulic shocks.

What are some of the core considerations?