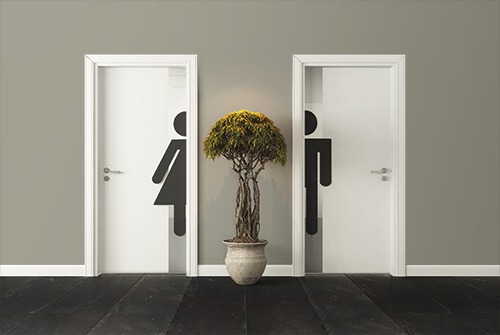 England will run short of water within 25 years, with supplies having to be transferred to water-stressed areas, so there's a pressing business case to invest in water-saving technology, says Marcus Rose.

Sir James Bevan of the Environment Agency says England is set to run short of water within 25 years and northern parts of England could run dry by 2035. There's an environmental imperative for organisations to cut water use.


But doing so is also economically advantageous. Even a small investment in water-saving technology can lower water bills.


The washroom is one of the most intensive areas of water use so water-saving technologies such as waterless urinals, and low-flow sensor taps and showers can dramatically cut water use and associated bills. So how can FMs prove the business case for a washroom refit?


The most accurate way to estimate return on investment (ROI) is to run a metered trial on the technology you are considering installing. This involves installing water meters in a single bathroom and measuring water use before and after the installation of water-saving equipment. The data can be used to calculate the likely ROI if the equipment were rolled out across your whole estate.


Most suppliers will offer some form of trial, so talk to find out their terms.

A trial in action


We recently ran a trial for a large chain of motorway service stations that was considering switching to low-flow sensor taps.

We installed water meters in two banks of taps in one service station and measured hot and cold water consumption over 10 weeks - enough time to get an accurate measure of typical water use from which annual usage could be extrapolated.

Financial savings: The company was paying £1.70 per m3 for its water so the test showed it would save around £1,800 in a year from one washroom. More savings are possible by reducing energy used to heat water used in hot taps, so put meters on both the hot and cold supply. At the service station, the trial showed the water-saving taps would save an additional £1,467 in heating costs.


Rolled out across all washrooms in all sites, the savings ran to hundreds of thousands of pounds and the investment in low-flow taps paid for itself within 16 months, even taking into account the cost of installing the meters and running the trial.

An alternative to a trial run


You may not want to go to the expense of running a fully metered trial, particularly not if you have a smaller site with only a few washrooms. In that case, you can estimate ROI by using a spreadsheet to calculate likely savings.

For example, to calculate the ROI of waterless urinals you need to know:

From this you can calculate how many litres of water you are using in each urinal each year and, using the information on your water bill, work out the cost.


Your supplier can tell you the cost of installing the waterless urinals, which then gives you all the information you need to estimate a fairly accurate ROI time frame. The same principle applies to estimating ROI on other products such as low-flow taps.

What to expect from the analysis

Organisations tend to be really surprised by how much water they use, particularly when translated into financial savings. Water costs vary from region to region, but an average figure is £3 per m3.

Switching to waterless urinals could, in a year, save you up to 100,000 litres of water per urinal and cut your water bill by about £300. A single low-flow sensor tap can save water worth £200 a year. Extrapolated across a large site with many taps and urinals, the savings can run into hundreds of thousands of pounds.

Marcus Rose is managing director at Ecoprod, a supplier of environmental washroom solutions