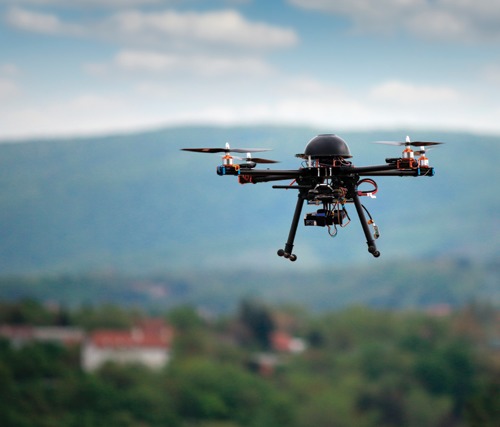 Maintenance checks on areas with limited access have always been arduous. Here, Jamie Harris speaks to Stu Martin of Vertex Access about unmanned aerial vehicles - drones - and their applications in FM.


At the IFMA Workplace Strategy Summit held in Reading earlier this year, CEO of BBC Commercial Projects Chris Kane suggested that robotics would soon have a major impact on FM service delivery. Marie Puybaraud, director of global workplace innovation at Johnson Controls, said digitisation of the industry was 'inevitable'.

The inevitable may just have arrived. Research by the American Pew Research Centre last month found that software could replace logistics handling, maintenance management and even the answering of phones within the next 10 years.


Game of drones
Unmanned aerial vehicles (UAVs, described as remotely piloted aircraft by the International Civil Aviation Organisation), or drones, are being deployed in an ever-increasing range of activities.

Recent reports suggest there are plans for such vehicles - originally developed for military use - to be used to deliver parcels from a well-known internet shopping company. Last month a popular search engine announced a similar machine.

But in property maintenance, there's a more practical use. FMs can now hire drone devices to conduct surveys of roofs, walls, large areas of land or other hard-to-reach places.

The devices are mounted with cameras capable of recording high-definition video. They also capture SLR-quality photography and thermal imaging.

Thermal imaging can be used to monitor the condition of solar panels while the images generated by the drone can produce 3D topographic models of the surveyed area. Surveys for the purposes of developing building information models (BIM) are also suggested. Indeed, the prospect of BIMs being developed to map existing buildings can only be enhanced by the speed of access that drone devices allow.

The potential of UAVs to produce useful data is there, depending on what an organisation is willing to spend.

"Initially, it was upwards of £10,000 to build the machines, and it is still quite expensive for thermal imaging," says Martin.

"You couldn't spend that kind of money inspecting a roof. Now they are much more affordable."

Today, the cost of a survey begins at about £650 and rises depending on the type of survey required.


Considerations
Using UAVs can remove the requirement for scaffolding or cherry pickers entirely or in part. Critical areas can be identified and accessed, reducing the risks involved in working at height.

But 'flying' a drone is not quite akin to playing with a remote-controlled helicopter, or similar gadgets. UAV operators need to be licenced, while their clients need third-party permission for such surveys to be conducted.

"The client also needs a permission for aerial work from the Civil Aviation Authority."

Local air traffic control must be notified for any aerial filming work. For taller buildings (see box), permission can be sought by applying to the CAA to work on buildings taller than the height limit - but all of this is work that the UAV contractor will do on the client's behalf.

As battery life and costs fall, the potential for UAVs in FM can only grow.