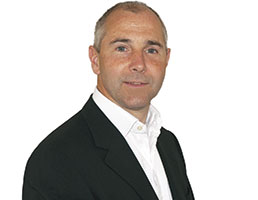 Simon Olliff discusses new corporate manslaughter sentencing guidelines, their impact on organisations, and what FMs need to do to keep everyone safe.

In November the Sentencing Council unveiled new guidelines for fines in relation to the Corporate Manslaughter and Homicide Act 2007 because existing sanctions were felt to be too low to act as a deterrent.

TIt was believed that fines should be large enough to have an economic impact that would bring home to an organisation the importance of operating in a safe environment.

For example, last July, Huntley Mount Engineering was fined just £150,000 for corporate manslaughter of an apprentice who was allowed to work without proper supervision on dangerous and defective equipment.

Individuals found guilty of any of these offences risk up to two years' custody.

In terms of health and safety breaches, the level of the fine reflects the organisation's culpability, the seriousness of the harm risked, and the likelihood of that harm. For corporate manslaughter, the fine is judged on how foreseeable was serious injury or death, how far short of the appropriate standard the offender fell, how common the breach was in the organisation, and whether there was more than one death or a high risk of further deaths.

The guidelines will offer consistency in sentencing for offences that only occasionally come before judges and magistrates. Despite the introduction of corporate manslaughter legislation in 2007, an unacceptable number of people still die in the course of their work. In 2014/15, 142 people died at work and there were 611,000 work-related injuries - an increase on the previous year. In addition to this, another 102 members of the public were fatally injured in incidents.

Organisations with a strong health and safety culture need not be concerned about these new guidelines as they already do everything to prevent death and injuries. But for businesses that have taken a more laissez-faire attitude to health and safety, these guidelines should act as a wake-up call.

To ensure that the worst doesn't happen, organisations need to create a positive culture towards health and safety. This includes three elements:

Leading from the top

Business leaders must show commitment to a health and safety culture for it to infiltrate an organisation. This involves not only talking about health and safety as an integral part of a business, setting targets, but also being visible on the shop floor so that they can personally understand hazards. Everyone needs to be on board with health and safety, from the office junior to the chairman. FMs should take a key role in communicating health and safety information.

Make sure people are willing and able to report near misses and accidents, and make it easy for them to do this. Part of this is about creating a culture where responsibility for accidents/ near misses is placed fairly. A blame culture deters people from reporting issues, and a no-blame culture means people are likely to be lackadaisical about health and safety. Once the information has been gathered, ensure that all accidents and near misses are analysed and changes made to ensure that issues don't recur.

Health and safety culture cannot be changed overnight; it takes time to percolate, but by starting down this road, organisations can ensure they won't fall foul of the new sentencing guidelines.